‘No excuses’ for Whincup in Townsville

Seven-time Supercars champion Jamie Whincup admits he and the Red Bull Holden Racing Team have “no excuses” in this weekend’s Watpac Townsville 400.

The factory Holden squad has had a mixed start with the ZB Commodore it developed, winning five of the year’s first eight races but none of the eight since.

Qualifying speed and even race form at times has been inconsistent, with Shane van Gisbergen second in the standings, Craig Lowndes fourth and Whincup fifth.

A test day before last month’s Hidden Valley event improved the team’s fortunes, with Whincup taking his first podium since April in the Sunday race.

Satisfied the team is now back on the right development path, Whincup feels it’s time to strike.

“I don’t think we, our team, really have showcased exactly how good [the ZB] is yet,” Whincup said.

“Shane came out of the blocks flying [to win both races in Adelaide] but but there’s still plenty of work to be done.

“We’re hoping we can hit our straps later on in the year and keep moving forward with it.

“But this weekend, no excuses. Everything’s there, all of the tools are in the toolbox, so to speak, but everything is there to do the damage this weekend.

“It’s going to come down to that human element and if we want it the most, I’m sure we can stand on the top step of the podium.”

Whincup and van Gisbergen were joined by Fox Sports pair Mark Skaife and Jessica Yates this morning to celebrate this weekend’s 10th running of the Reid Park event. 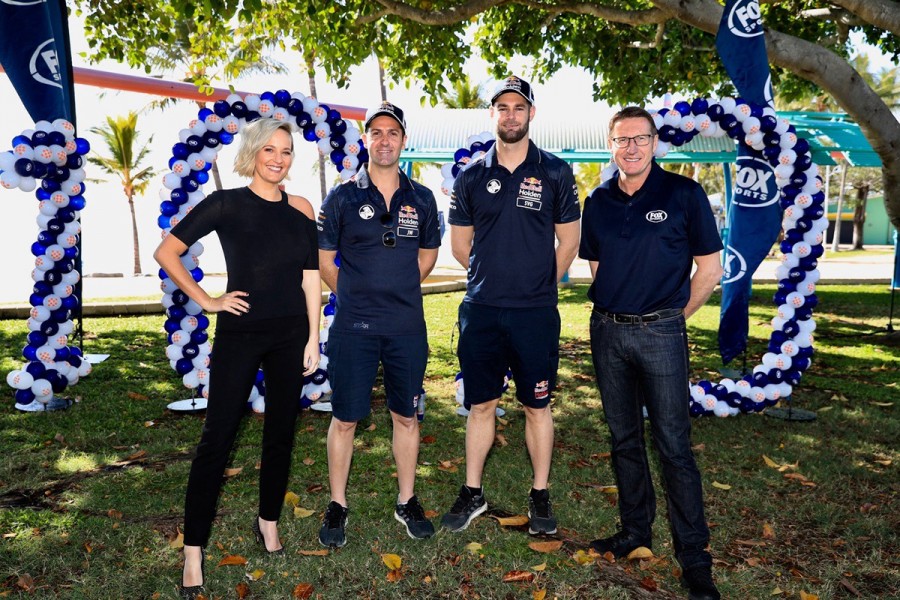 The inaugural Townsville race winner, Whincup is the most-successful Supercars driver at the venue with nine to his name.

His focus is on race wins, rather than a 433-point deficit to championship leader Scott McLaughlin.

“I’m a fair way behind now,” Whincup said. “A lot further behind than I’d like.

“But that’s life, it’s the way it is, there’s no panic stations. We’ve been in a similar position before and been able to claw it back.

“Is this part of the year about the championship? No. It’s about winning races, and I’d love nothing better than having a good result here this weekend.

“That’s our whole focus and the rest will take care of itself.”

Van Gisbergen stressed that improving qualifying speed is the key to returning to the team's winning ways from earlier in the season.

Triple Eight drivers banked six of the year’s first eight ARMOR ALL Pole Positions, but one for van Gisbergen at Barbagallo Raceway is the extent of its haul since.

“It’s qualifying for me that’s the weakness,” van Gisbergen said.

“All year we’ve probably been one of the fastest, if not the fastest in racing.

“It’s just we’ve had to start so far back and compromise the strategy to try and come through.

“I think qualifying, for me, is what we need to get our car better at and in racing I’ve been super-happy with it.

“We just need to understand the tyres a little bit and get it a bit better.”