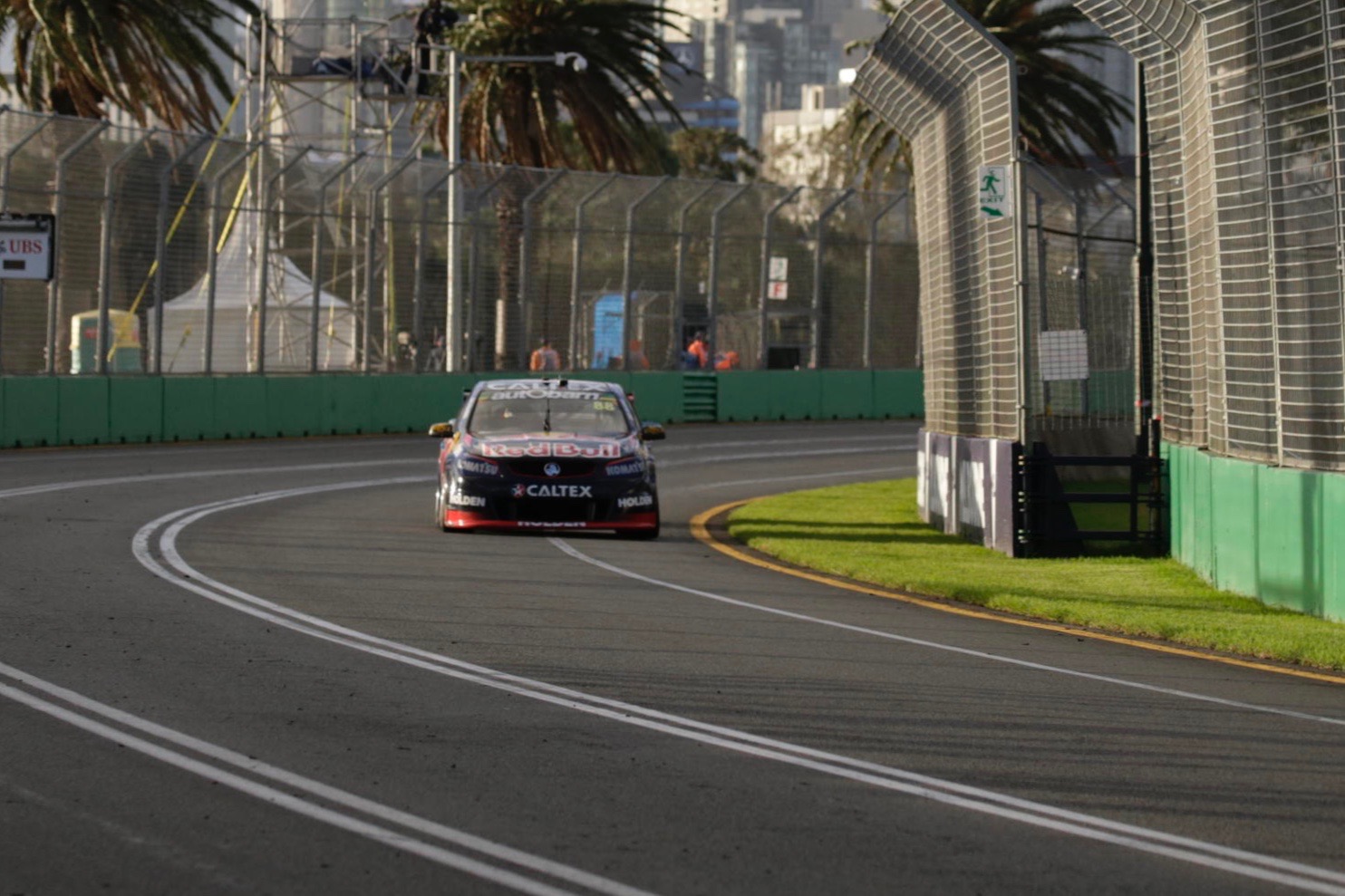 Whincup was running fourth when his Red Bull Racing Australia Commodore stopped on track just three laps into the race.

Team manager Mark Dutton said the team would need a better look at the car to determine the issue, but described the drama as a “shock and disappointment”.

“We haven’t had a good look, but it looks like the driveline so we’ll try and really identify it as soon as we’re back [at the Queensland workshop],” Dutton told v8supercars.com.

“Lost drive, crunching noises, things like that, so we’ll see exactly what the issue was … at the grand prix you’ve got too much time for little mistakes to creep in but that wasn’t the case, we can tell at least that much.

“So it wasn’t from lack of preparation or lack of attention, so it’s one of those things we’ve got to try and identify.”

Teams sometimes push the boundaries at the non-championship event, but Dutton did not believe the issue was connected to anything they were trying with the car.

“No not at all, we haven’t been totally happy with the vibration in that car, so whether it’s related or not, we can’t tell at this stage,” he said.

“There was nothing tricky we were testing or trying that could’ve led to that, that’s why when it happened… he got out quite quickly, as he should to get to a safe distance, but we were in the dark there.”

What it means for the next championship event in Tasmania in less than a fortnight remains to be seen.

“We need a better look … we do have a tight turnaround and you do have the opportunity now to learn,” Dutton said.

“Although it’s a very quick turnaround, you do have that opportunity, instead of it happening in first practice in Tassie, or during the race, which is the worst thing – and losing points or having a mad scramble to try and fix things.

“It’s happened at the best time it could.”

Whincup won yesterday's race at Albert Park and of course, had been hoping for a trouble free run this weekend.

"We're obviously really disappointed with the result today – we've worked hard all weekend to get the speed and results that we achieved over the last few days," he said.

"There was a big bang a few laps in so we're going to have to investigate what went wrong exactly but that meant the end of the race for us.

"There were some positives, we managed to find good speed over the last few days but it would have been great to get a result in front of this crowd today."

Whincup sits second in the points standings after one championship event at the Clipsal 500 Adelaide.

Erebus driver David Reynolds also recorded a DNF in the final race, suffering steering damage after involvement in a lap one incident.