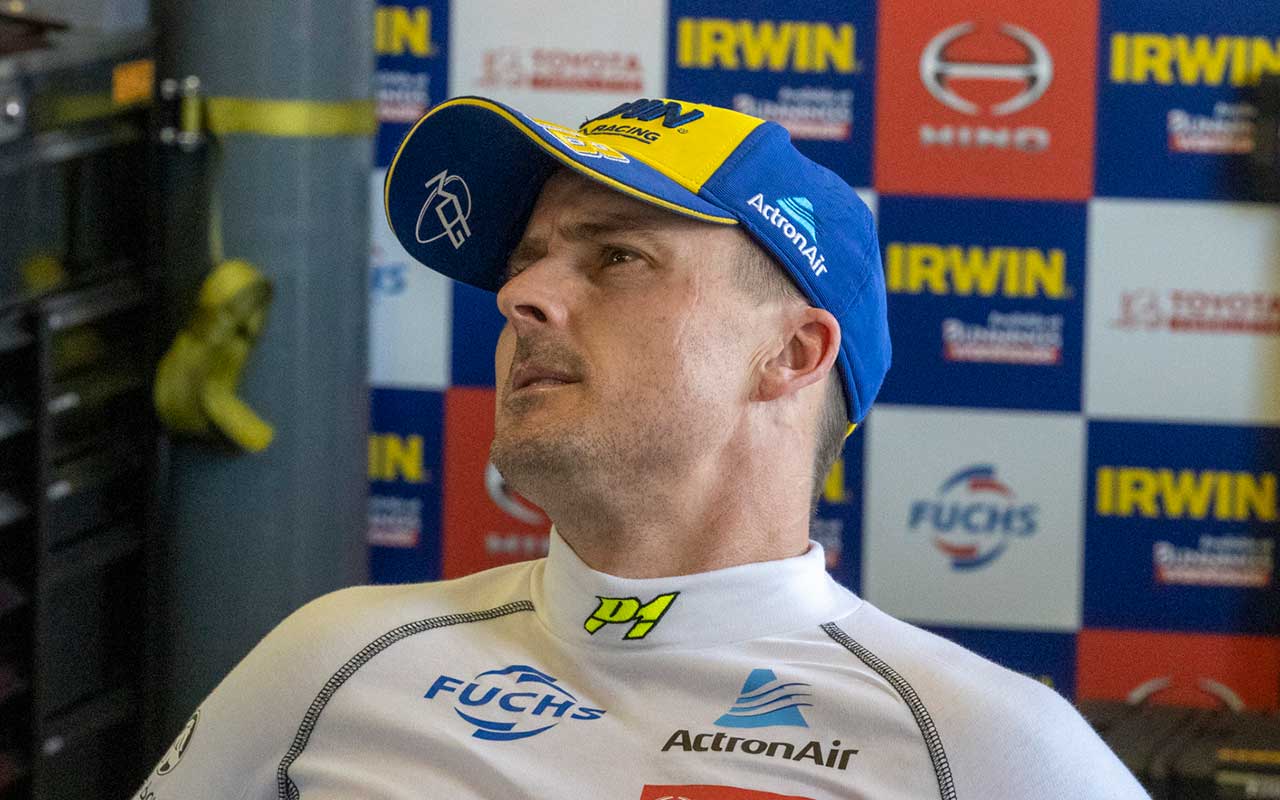 Mark Winterbottom has been cleared of any wrongdoing in his pass for fourth place on Shane van Gisbergen late in the CoreStaff Darwin SuperSprint finale.

The two Holden drivers provided the most entertaining scrap of the 38-lap race as Winterbottom, on fresher tyres after a late stop, attacked the Red Bull entry.

Winterbottom finally found a way by with four laps remaining, having appeared to make minor contact with the back of his rival’s Commodore.

Up into P4! Frosty gets by SVG in the Bunnings Trade PowerPass! #VASC pic.twitter.com/OiKkG8JflX

While the 2015 champion was unsure immediately after the race whether he’d keep the place, the stewards have subsequently confirmed the matter was reviewed in-race.

“During the Race the RD [Race Director James Taylor] conducted an investigation at the request of Triple Eight Race Engineering into an Incident at Turn 4 on Lap 35 when Car #18, Mark Winterbottom, overtook Car #97, Shane van Gisbergen, and contact occurred between the two Cars,” read the report.

“After reviewing broadcast footage of the Incident and consulting the DSA [Driving Standards Advisor Craig Baird], the RD determined that there was no evidence of a breach of the Rules by the Driver of Car #18.”

Fourth for Winterbottom cemented a strong weekend for Team 18, with teammate Scott Pye third in both of the Sunday races.

“Our pace was really strong. It’s cool when you can have an attack and have a go,” Winterbottom told the broadcast immediately after the race.

“We went long to try and buy ourselves a bit more freedom in pitlane and came out just behind Giz [van Gisbergen].

“I don’t know if you call it a B-double or what the wide version of that is, but he moved a few times under brakes.

“That was my opportunity to have a crack. He slid wide, I don’t think I contacted him, I think he slid wide.

“But they’ve put in a protest like they do and we’ll see how we go, but it was a good race.”

Winterbottom sits seventh in the standings after the weekend’s races, with Pye 14th.

Stewards meanwhile confirmed a five-second time penalty has been applied to Anton De Pasquale following the day’s earlier race, for a collision with Andre Heimgartner.

That drops the Penrite Racing driver from 10th to 12th in the Race 17 result.