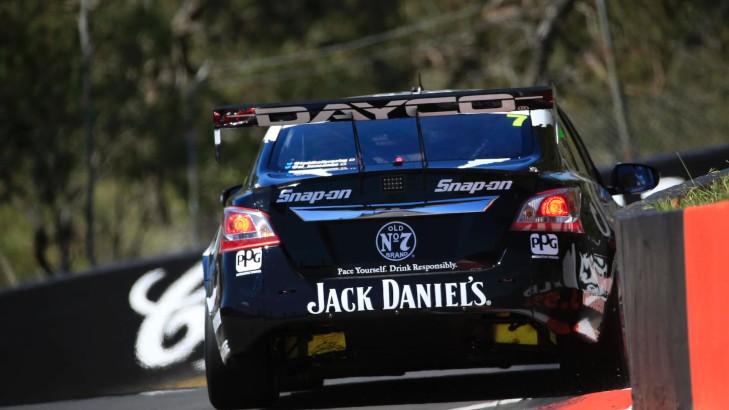 International driver Alex Buncombe had the chance to turn three laps in the Jack Daniel's Nissan Altima in the first practice session of the Supercheap Auto Bathurst 1000.

One of just six co-drivers to get a steer in the open session, Buncombe jumped into the car Championship driver Todd Kelly had rocketed into ninth place in the first run at Mount Panorama.

Buncombe -who impressed with his drive in the co-driver qualifying race at Sandown - was happy to get a head-start around the challenging circuit, given many co-drivers have a wealth of experience at Bathurst.

"Practice two is only for the co-drivers so I get to do the whole session, but it was really nice to get me out of speed a little bit for when I'm out there with the other co-drivers," Buncombe told v8supercars.com.au post session.

"Apart from myself and Olly [Oliver Gavin, driving with Nick Percat], we're really the only guys who haven't done much on this track in these cars -so all the other co-drivers are going to be straight up to the pace.

"It was great to just get a few laps in at the end of p1 and the car just feels so different again to what I have been driving back in Europe since Sandown.

"So again just want to take my time and build up to the pace quite gradually, because if you make a mistake in one of these cars up here it can be big, big trouble. Obviously not wanting to stick it off. My initial laps felt really nice in the car."

He described the circuit as "mega".

"The wildest part has got to be up over the top, or - those last few laps I did in this car - the Chase is just really, really fast. So having to build up to doing that flat out, but they're the two most exciting parts on the track."

Buncombe was confident he could stay on the pace in his run, which begins at 1.15pm AEST.

Kelly's lap was 0.986sec off the fastest time, which was two seconds quicker than the same session last year.

Lap by Lap: Practice One

Rookies to take on Mount Panorama