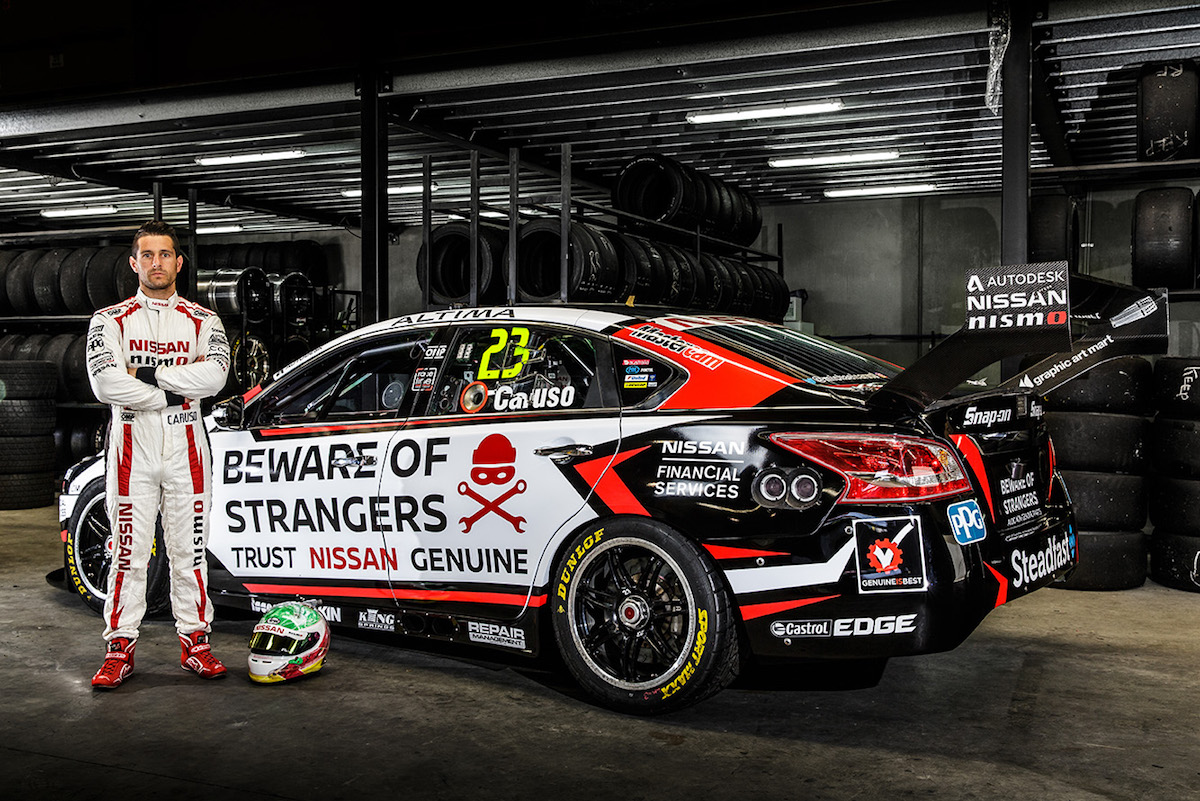 Nissan is sending an important message about the importance of using genuine parts at this year’s final round of the 2016 Virgin Australia Supercars Championship.

This weekend’s Sydney 500 event will see the #23 NISMO Nissan Altima Supercar wear a unique livery titled ‘Beware of Strangers’, Nissan Australia’s new campaign to inform consumers about the differences between using genuine and non-genuine parts in the maintenance and repair of their vehicles.

Nissan will deploy its ‘Beware of Strangers’ campaign in full next year but is using this weekend’s round of the Virgin Supercars Championship to kick-start its public presence.

“There are simple steps all vehicle owners can take to ensure their vehicle is safe and reliable,” Managing Director and CEO of Nissan Australia Richard Emery said.

“Whether you own, drive or operate a car, van or motorcycle, or even heavy plant equipment, the machine’s safety and reliability starts with genuine parts, components that come approved or recommended by the vehicle manufacturer.

“To ensure safety and quality, genuine parts are typically developed and tested as an integral part of the vehicle and non-genuine equivalents can’t necessarily give such an assurance.” 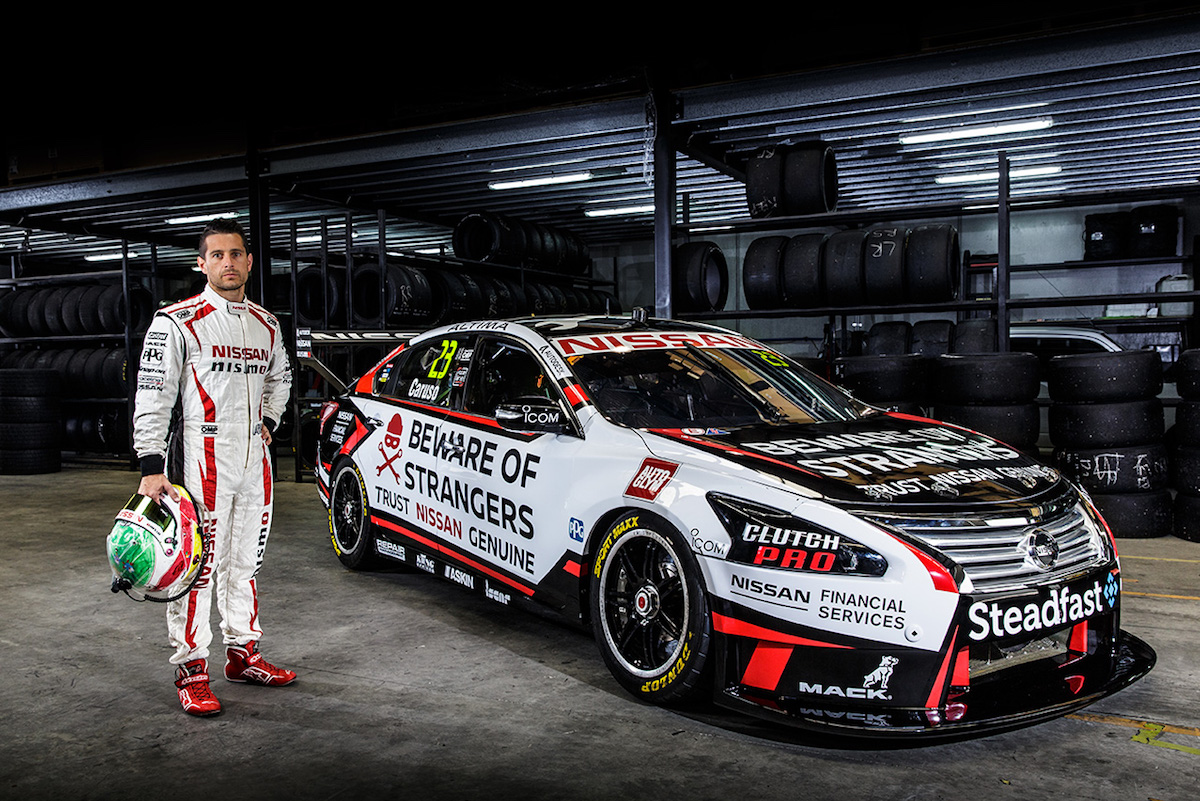 “Genuine is best, and Nissan knows that better than anybody,” he said.

“It is a great time to bring to the track a livery that sends such a fantastic message to all of our fans, especially those who will be looking to get their Nissan checked before they start driving around in the holidays.

“Making sure you have the right parts in your car is incredibly important. This way, when you’ve got the family in the car this summer, you know that they are all safe and sound,” Caruso said.

The Altima will wear the livery for this weekend’s final Supercars event for 2016, the Coates Hire Sydney 500.