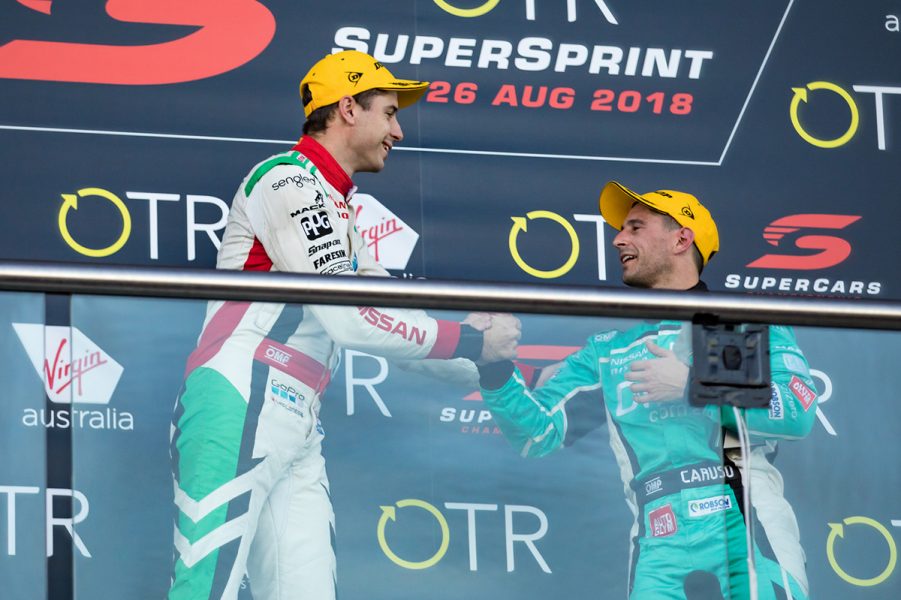 Tailem Bend's track surface means Nissan Motorsport is "not reading too much into" the race pace that took it to a double podium.

Rick Kelly and Michael Caruso finished second and third in the Saturday OTR SuperSprint race, Kelly's fourth podium of the campaign and Caruso's first in more than two years.

The four-car squad has made significant gains with its Altima after a dire 2017, with Winton race winner Kelly leading the way in seventh in the points.

He has been among the strongest qualifiers in the field, starting inside the top 10 in 14 of the last 15 races, but capitalising on that remains the team's focus.

"This track is pretty unique, the surface, obviously the hard tyre on a high-grip surface is a different combination to what we’re used to, and the nature of the circuit is different to a lot of other tracks," he told Supercars.com.

"We’re not reading too much into it, but at the same time it’s another track we’ve been able to come to and qualify in the top-five, so basically since Phillip Island we’ve been in the top five at every event.

"We’ve proven we’ve got good one-lap speed and need to work on our race execution."

Caruso qualified third on Saturday – sharing the second row with Kelly – and fifth on Sunday, when he finished ninth on an aggressive strategy that didn't pay off.

Kelly had to settle for 17th in the Sunday race from ninth, managing a failed gear-position sensor. 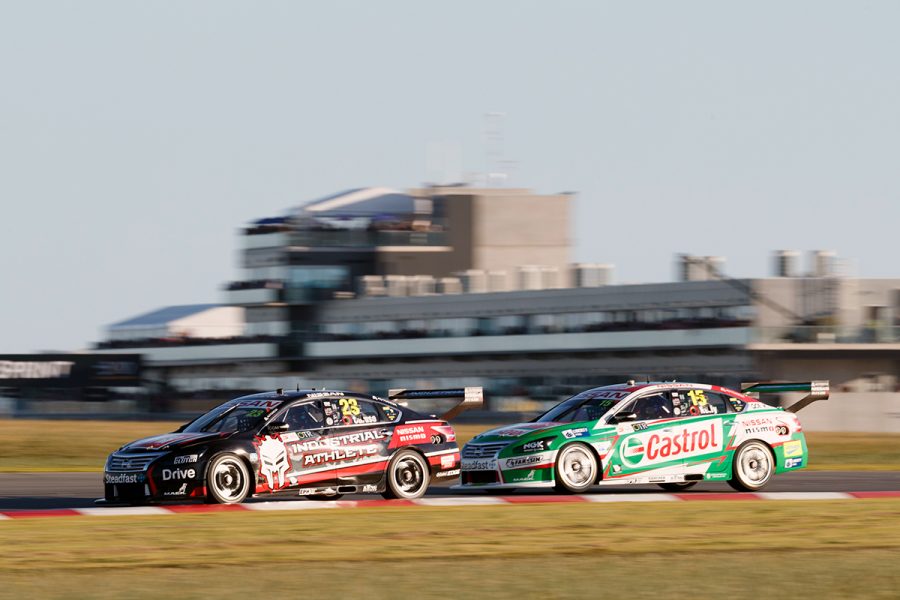 Asked if he considered Saturday's double podium a step in the right direction, Kelly was measured.

"I think so. This track doesn't really have any degradation, though, so it's hard to gauge exactly where we're at there," he said.

"Nevertheless, our outright pace again is exceptional, it's in the top four again [in Saturday qualifying].

"The race pace is improving, there's still areas that we need to work on.

"There's a little bit going on with [Caruso's car] trying things to help combat that. We're very comfortable with that."

Nissan will complete a pre-enduro test at Winton next week, and Sinclair indicated further developments are in the pipeline.

"We’ve got some things to try there which we’ve been waiting to try," he said.

"We’ve got some stuff that we’re working through, targeting our biggest weakness, that was run throughout the weekend.

"It was reasonably positive, but we’ve still got some understanding to do with that, which we’ll plan around at Winton.

"It’s the old saying, it’s constantly evolving, and we’re not happy yet with our race-pace, and there’s still cars that are quicker than us over a single lap, so we’re certainly not there yet.

"We’ve won one race yet, we’re not dominating, but we have made significant progress."