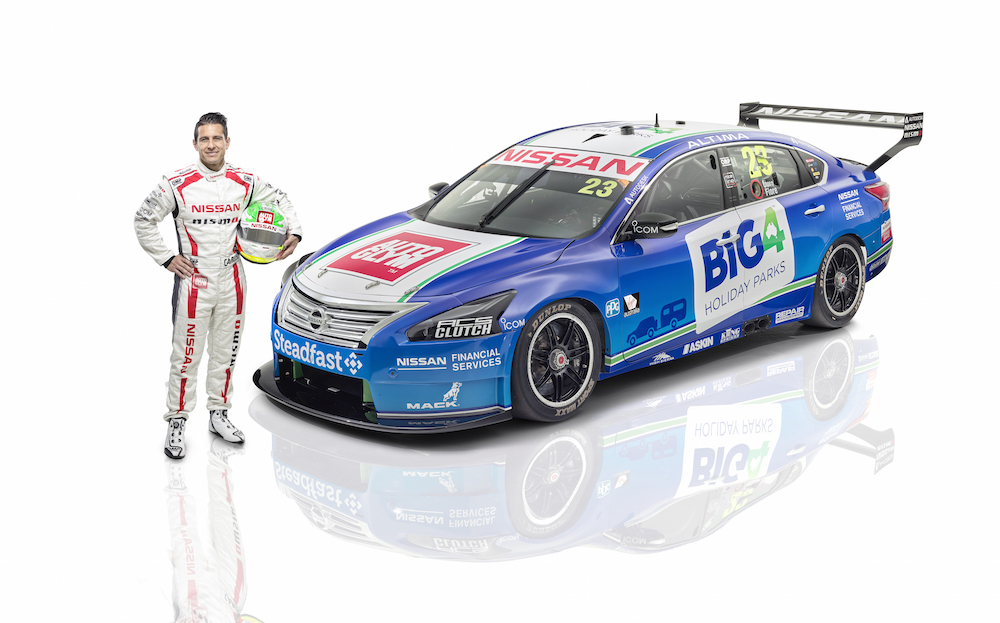 Michael Caruso and Dean Fiore will race with sponsorship from BIG4 Holiday Parks at Bathurst, celebrating the brand’s partnership with Nissan.

Nissan Australia commenced a multi-year partnership with BIG4 last December in a move the marque says is a natural fit for its adventure-based model range.

The link sees BIG4 members receive exclusive offers from Nissan as well as special experiences across the company’s local portfolio of sporting partnerships.

Caruso and Fiore will embark on a road trip from Melbourne to Bathurst in a Nissan Pathfinder as part of the promotion, visiting BIG4 parks along the way.

Kelly brothers Rick and Todd have elected not to join the duo, ending a Bathurst road trip tradition for the pair that started in 2001.

Caruso says he’s looking forward to the drive and the event, where he hopes to turn around a difficult season. 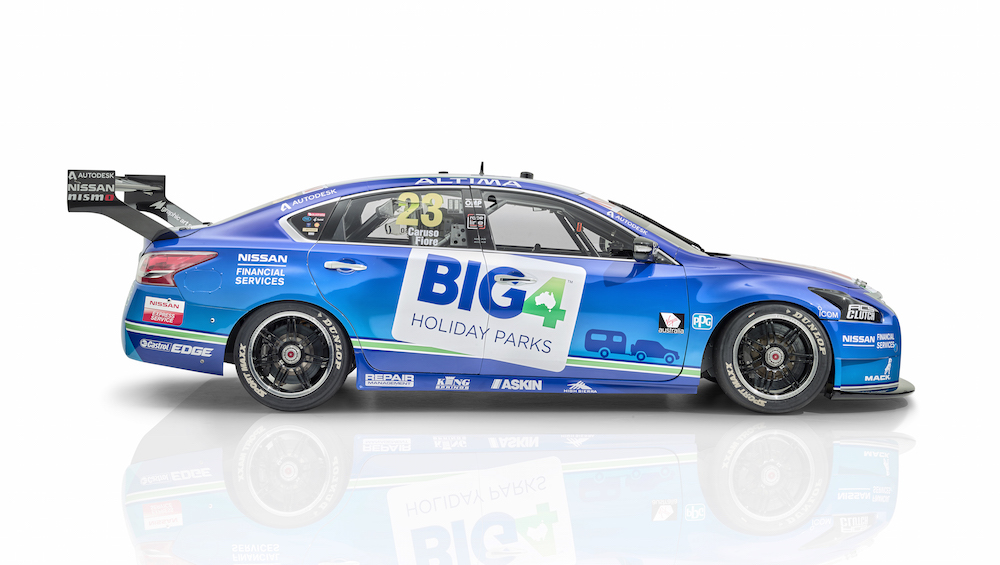 “I think the BIG4 Nissan looks great, to be able to bring partnerships to life at the track is exciting,” said Caruso.

“It’s also a lot of fun to show off a new looking car, and it doesn’t get much bigger than Bathurst. The whole nation is watching.

“I hope everyone gets behind us this weekend, we’ll be working hard to give them a great result on and off the track.

“We’ve had a bit of a rough season so far, but Bathurst is a long race and anything can happen. It presents the perfect opportunity to turn it all around.

“Entering our fourth Bathurst as team-mates, Dean (Fiore) and I know each other really well. We believe that continuity will pay dividends.”

Having struggled to adapt to the 2017 tyre throughout the season, Caruso adds that the category’s move to adopt last year’s rubber for Bathurst is a plus for the Nissans. 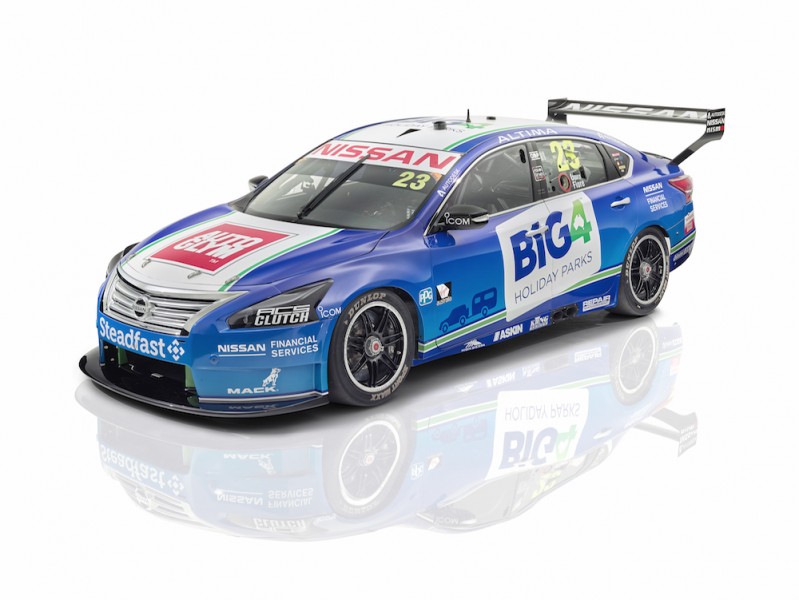 “The tyre performed well at Bathurst last year, so we’re confident we’ll have a good run this weekend,” said Caruso.

“We’ve had some issues with the new compound tyre this season, and this has definitely hurt us more than other teams, so we’re approaching Bathurst full of optimism.”

This year marks the first time since Nismo took over primary sponsorship of Caruso’s entry in 2015 that it will not to run a retro livery for Bathurst.

Celebrating 25th anniversaries for the 1990 HR31 and 1991 GT-R Skylines over the last two years, Nissan has elected against continuing the theme to mark its famous 1992 Bathurst triumph.

The 1992 event saw Mark Skaife and Jim Richards’ Winfield-backed GT-R triumph after crashing moments prior to a red flag, which received a hostile reception from the vocal Bathurst crowd.

It stands as Nissan's second and most recent Bathurst win, with its best result since returning four years ago a second placed finish for James Moffat/Taz Douglas in 2014.