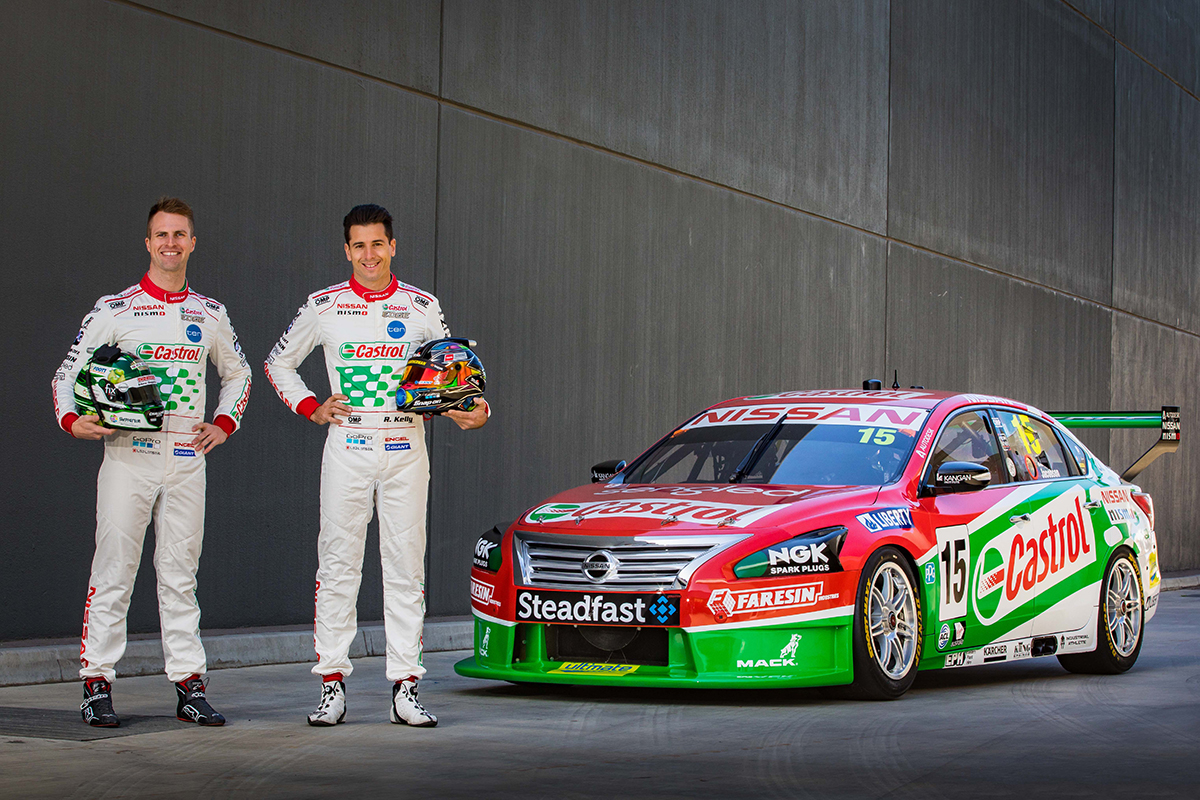 Nissan Motorsport's Rick Kelly/Garry Jacobson Altima will this weekend carry the Castrol livery used by Larry Perkins and his Supercars outfit in 2002.

The scheme is the latest to be revealed for Supercars' annual retro round, with RABBLE.club Sandown 500 practice starting on Friday.

One of two Nissan changes, Kelly's Altima keeps its regular colours but takes on a different-yet-familiar design.

Perkins Engineering ran Castrol Commodores for more than a decade from 1993, including for Perkins, Russell Ingall and Steven Richards in 2002. 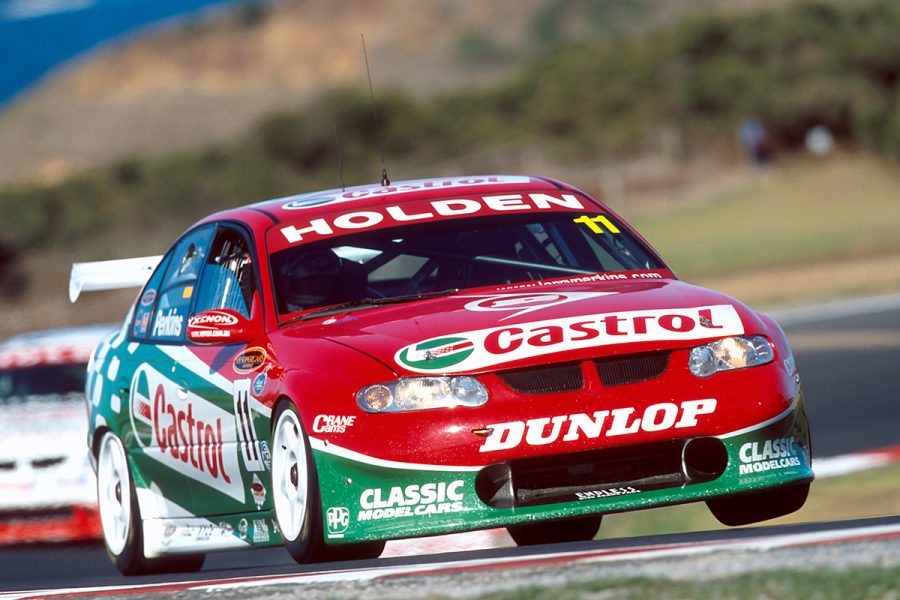 Ingall and Richards combined to finish second in the Queensland 500 and Bathurst 1000, while Perkins retired from full-time competition at year's end.

Just starting his own career, Kelly was a full-time rookie in 2002 with the Holden Young Lions.

Seven years later, when the Kelly family established its own Supercars operation, it did so by taking over Perkins' team.

“A lot of my memories of our sport are signposted by the Castrol cars that raced at that time," Kelly said.

“This car is particularly special for me because 2002 was my first full-time year in the championship. 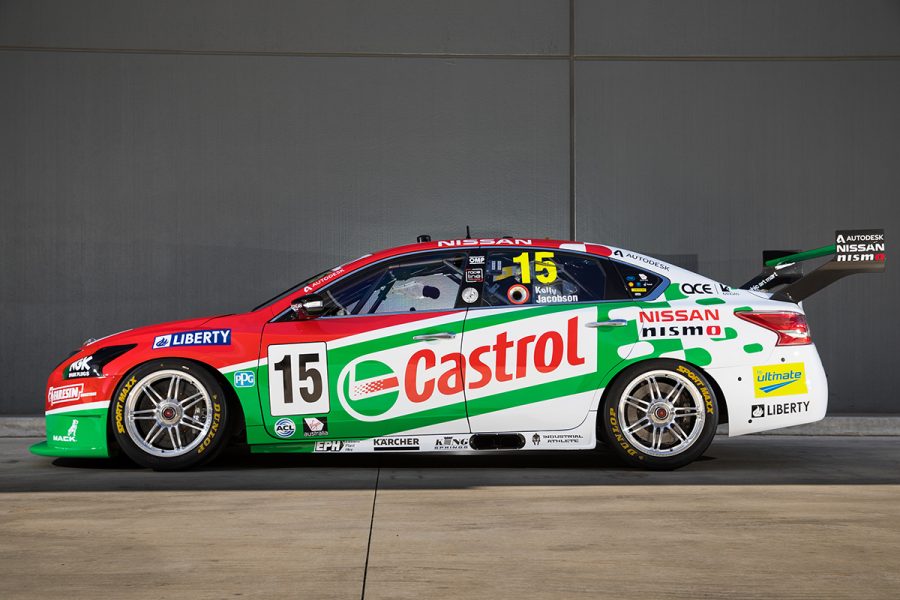 "So itʼs quite surreal to see a car that I raced against, but with my name on it.

“Castrol is such an iconic brand in motorsport with a rich history and emotional connection with fans.

"We’ve had fans at every event this year support us because of Castrol which is an absolute honour.

"When we started our Kelly Racing operation, we were in-part born out of the Perkins Engineering outfit, so it is a proud moment to represent that era with this special livery." 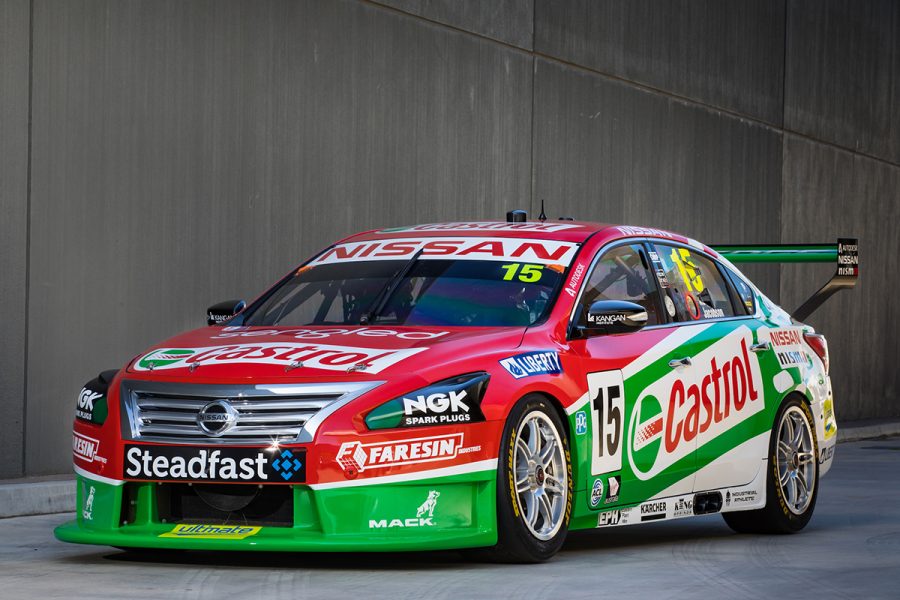 Kelly, a 2018 race winner and currently seventh in the standings, is joined by '16 Dunlop Super2 Series winner Garry Jacobson.

One of Nissan's three enduro recruits for 2018, Jacobson is third in the Super2 standings in an MW Motorsport Altima.

“Having Garry drive the Altima in Super2 will be a massive bonus for the enduros," Kelly added.

"He's very quick and we both want the same things from the car.

"I'm really excited at our potential for a good result.”