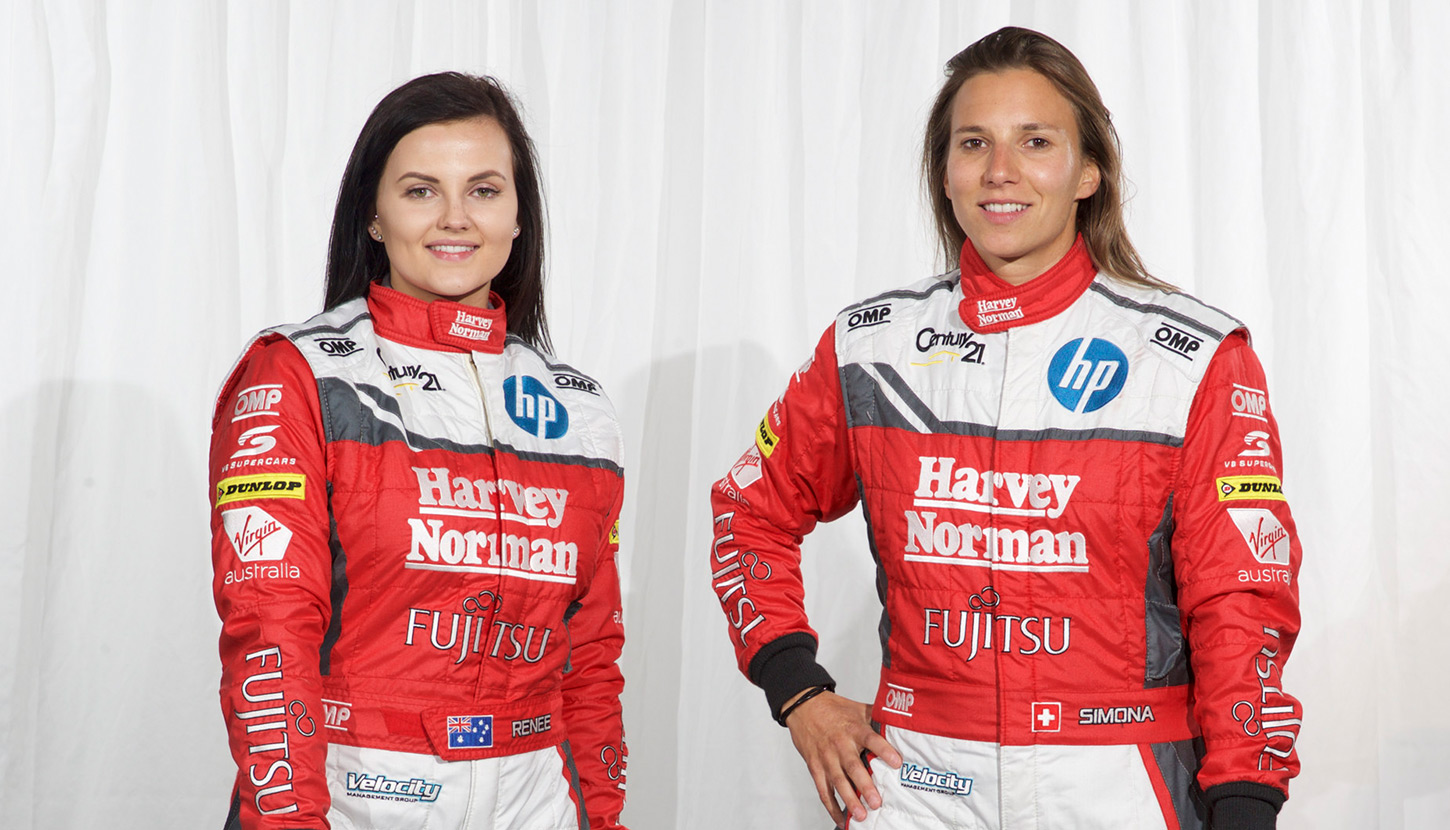 The driver pairing of Simona De Silvestro and Renee Gracie that raced in last year's Supercheap Auto Bathurst 1000, will return to Mount Panorama for this October's race as part of the Harvey Norman Supergirls. The wildcard entry ensures that 5 Altimas will take to the grid for the largest ever factory Nissan assault on the Great Race.

Nissan Motorsport Team Co-Owner Todd Kelly said he was looking forward to expanding the team for the 1000km event.

"It’s really exciting to have a fifth Altima running at Bathurst this year. When we heard that the wildcard was available, we jumped at it. We know what it’s like to run the wildcard at Bathurst, and have done it well in the past, so we’re confident we can do a good job," he said.

According to Kelly, the team is in the right place to allow De Silvestro and Gracie to reach their potential.

"This is a boost for the team at the biggest event of the year. It’s great to have someone in our team with the international experience of Simona. Renee drives these cars year-round, but for Simona they’re not easy things to jump straight in and go fast. So with the pair coming back for a second year, our aim is to do a good job.”

The announcement comes at a time when the Nissan outfit has taken on responsibility for running Nissan GT-R’s in the Australian GT Championship. However, the added workload should not impact the team’s ability to compete.

“Of course this does provide some new challenges for us, in terms of logistics and the like, but it’s a great opportunity. As a team we’re in the right position to take on the extra car for Bathurst, everything is in place for us to make the most of the wildcard.”

With an international background that includes Formula E and Indycar, this year’s Bathurst 1000 signals a move away from open-wheel racing for the 28 year old De Silvestro.

“I had my first taste of driving these cars last year at the Bathurst 1000. It was such an incredible experience and I knew this could be a goal for the future,” she said.

“This year we are going to be in the Nissan Altima so this will be a little bit of a change but I look forward to working with the Nissan Motorsport team.”

“Big thanks to Nissan Motorsport for giving me and Renee the chance to be part of their team in Bathurst this year. They have been having a good year and hopefully we can add to that this year at Bathurst.”

“I am very respectful towards this new challenge but at the same time I am very excited about driving in such a competitive championship. I can’t wait to jump in the car to work towards getting the most out of these cars.”

Tickets for the Supercheap Auto Bathurst 1000 are on sale now through Ticketek.