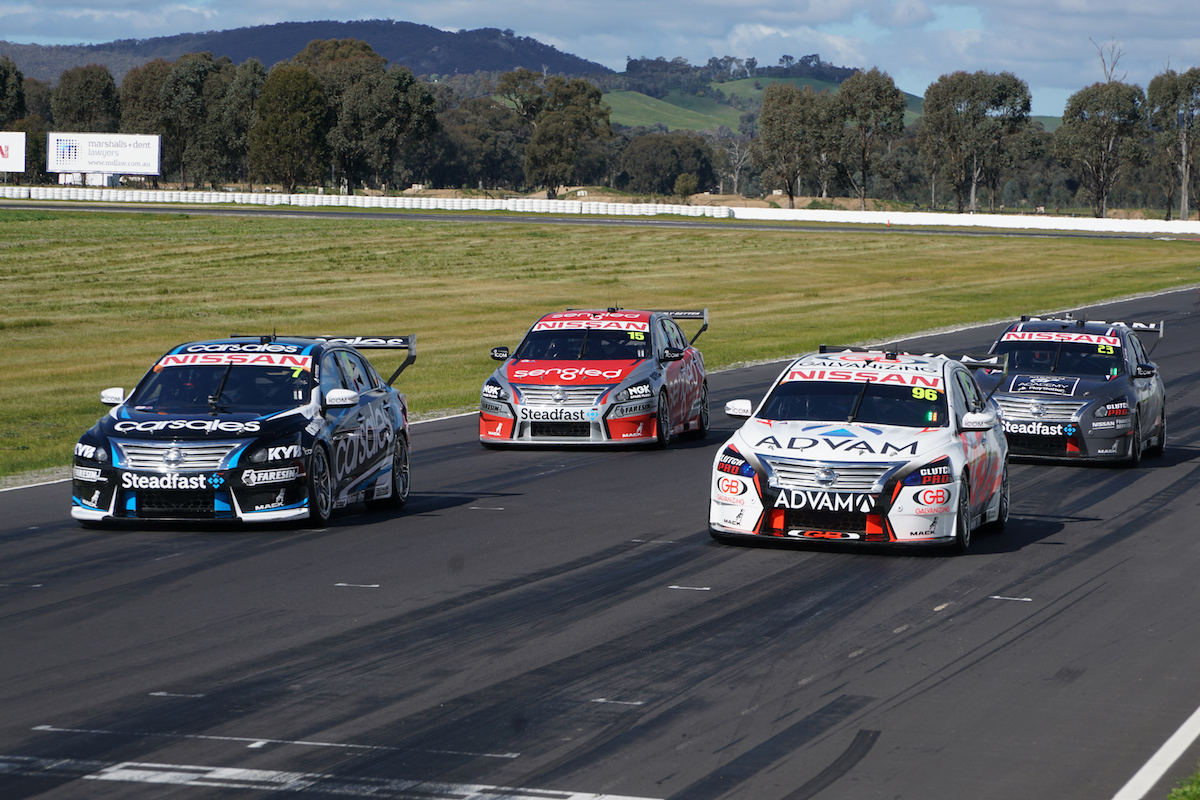 Promising past performances at Sydney Motorsport Park from the Nissan Motorsport Altimas have been dismissed by the factory squad as a guaranteed indicator of strong pace in next weekend’s Virgin Australian Supercars Championship event.

In fact team manager Scott Sinclair has dismissed as a “myth” the belief that the Altimas nowadays have good and bad tracks, insisting it’s all about the team getting the setup right so the four cars can compete at the front.

“Sydney Motorsport Park has been good for us in the past but it doesn’t count so much anymore,” Sinclair told supercars.com.

“We went to Phillip Island, which has been really good for us in the past, and it probably wasn’t one of our better outings this year.

“So I think that’s a myth that’s almost dead now about good tracks and bad tracks.”

In the first couple of years in development the Altimas required significant aerodynamic tweaking and went through a long engine development program that has only really borne fruit in 2016.

That meant the tracks where the Altimas generally performed better were where their high-speed issues weren’t exposed.

But this year Michael Caruso has won a race and both Rick and Todd Kelly have shown strong qualifying and race pace, adding weight to Sinclair’s belief that the Altimas can now race competitively anywhere.

“It is just getting it right on the day,” he insisted. “I think we have been in the top six just about everywhere except Townsville and Michael was eight there. So we have been on the mark at every event, but only won once.

In the past two years at SMSP, the Altimas have claimed eight top 10 finishes from 24 starts with former team driver James Moffat achieving the best finish of fourth in 2014. The venue did not host an event in 2013, the year Nissan entered the championship.

Sinclair said the team had a particular goal at SMSP to reboot Rick Kelly’s season after three troubled events had slowed what was shaping as a strong season for the 2006 champion in the Sengled entry.

“Rick has been disappointed with his last three events for a whole different number of reasons so he is looking to bounce back, and we will obviously give him all the support to do that,” Sinclair explained.

The team would also keep working to bring Todd Kelly’s new engineer, Matthew Rumfield, up to pace as he enters just his third event calling the shots on the carsales.com.au Altima.

Rumfield is highly experienced but a VASC rookie and Sinclair said that was taking some time to adjust to.

“Todd has had a pretty good Townsville and Ipswich too,” he said. “He has been racing well.

“Working with his new engineer has probably proved to be a bigger challenge than we thought, but we are backing it in to make sure we get to where we want.”

The Nissan team tested at Winton in early August with a focus on Pirtek Enduro Cup preparation, but revealed learnings had been made that could apply for sprint rounds, especially for Dale Wood who has battled for consistent pace in the GB Galvanizing entry this year.

“Dale had a really good test day so they have worked on some stuff which they are excited about trying.

“The test day unearthed a few things as every single team would say.”