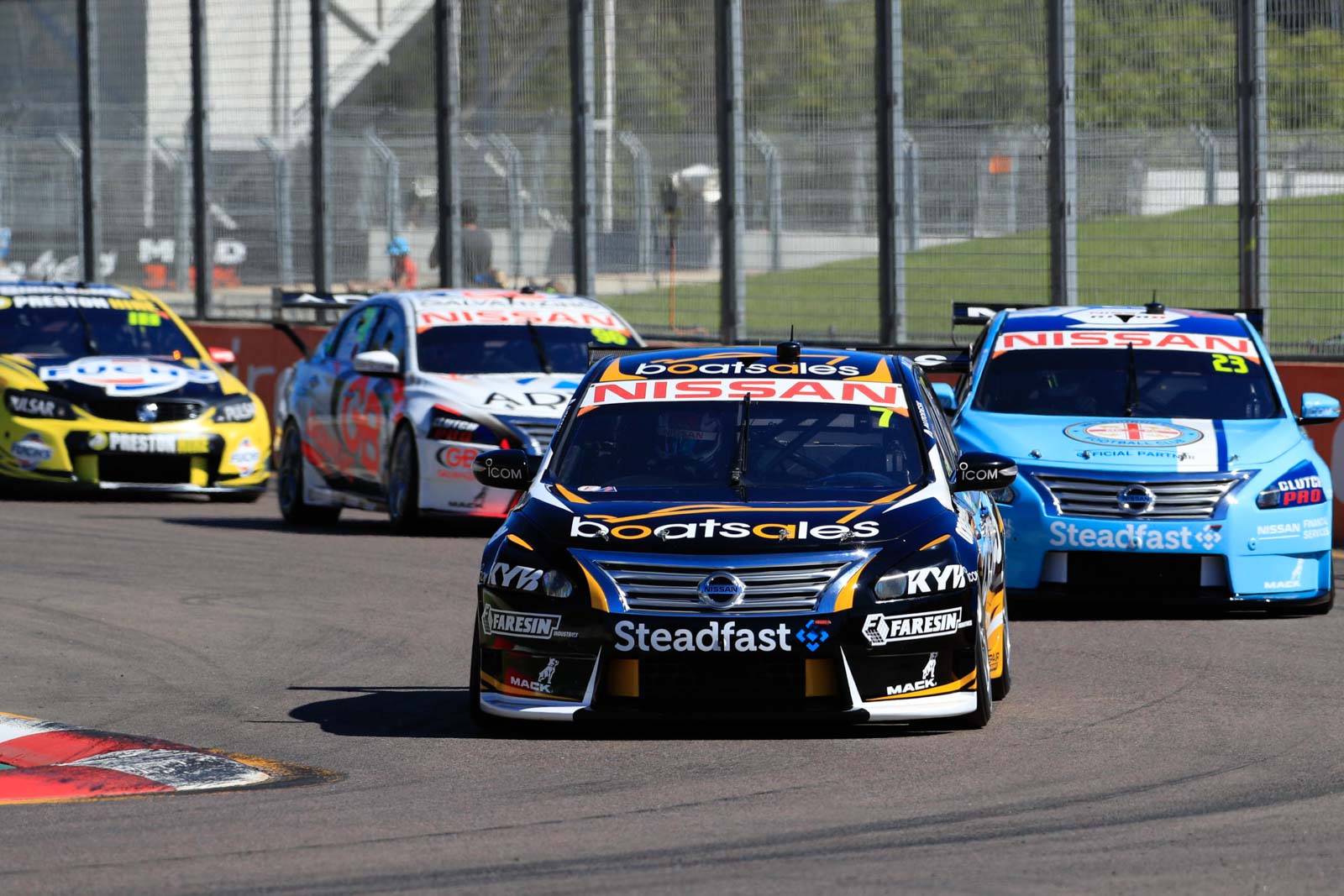 The new-found competitiveness of the Nissan Altima faces one of its toughest tests yet in the Castrol EDGE Townsville 400.

In three previous years at Reid Park the four Nissan Motorsport factory entries have made a combined 28 starts and managed to claim a best qualifying of eighth and a best finish of 10th.

Both those results were scored last year by Todd Kelly, who today makes career race start number 500 in the carsales.com.au Nissan in the first of two 200km outings this weekend.

The Nissans started well in Friday practice in Townsville, with Rick and Todd Kelly and Michael Caruso fifth, sixth and ninth respectively, while in session two Caruso was ninth in the Nismo/Melbourne City Altima, Rick Kelly 10th in the Sengled entry and Todd Kelly 15th.

The team’s fourth car, driven by new signing Dale Wood (GB Galvanizing), was 16th in session one and 18th in session two.

Nissan Motorsport also enters Townsville off the back of Caruso’s breakthrough win for the Kelly family-owned team at the CrownBet Darwin Triple Crown, which also saw Todd Kelly post some of his best form in years to qualify second on the Sunday.

“I am not stressed about it or worried about the stats in the past,” Caruso told supercars.com. “I feel that’s not really relating to what we have at our disposal at the moment.

“The way I see Townsville is there’s good opportunity to do well, just as there has been at a lot of circuits that haven’t been favourable to us in the past.

“I think we have shown we can do it and we have been consistently quite strong, so to be consistently punching it out at the front of the field everybody needs to be giving 110 per cent.

“The boys have done that at Nissan and we just have to take advantage of it while the confidence is high and keep that rolling.”

Nissan’s improved performance has been built on a long-term engine development program that began to pay off late last season. This year Todd Kelly said the team had begun to refine its competitive edge.

“We have found a set-up with the car that we won’t be driving too far away from, so all those little bits and pieces are coming together which are making a difference,” he said.

“The track has been one of the more challenging ones for us. But saying that it was last year I got in the shoot-out there so if we can carry that into this year we should be reasonably competitive there.”

Both Caruso and Kelly stressed they wouldn’t be overly bullish in their forecasts for this weekend’s racing, because of the level of competitiveness of the field, which has produced 10 different winners from 13 starts in this year’s Virgin Australia Supercars Championship.

“This championship is so close that if you are one spring out or three or four clickers on the roll bar out then that is four positions on the grid,” said Kelly.

“All you can say is what I have been saying for a while and that is I know our equipment is good enough to do the job and if we can manage to have absolutely everything line up on the day we can get on the podium. If not, we can be in the late teens.

“Like everyone else is saying at this point of the season we need to be a little more consistent in our results.

“The good thing is it’s a huge burden and load off to know we now have the gear to do it, which is great.”