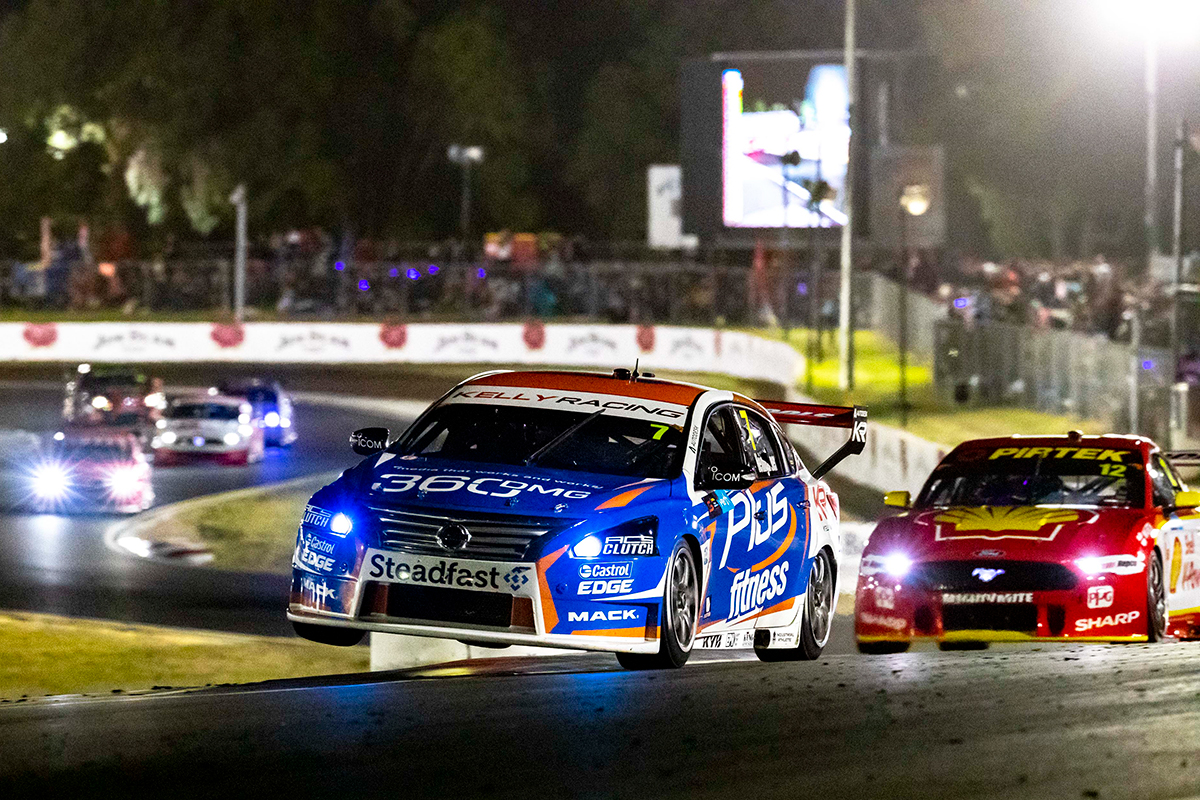 The Nissan was changed at both ends over the summer, in a bid to extract more speed from the model introduced to Supercars in 2013.

It was ultimately a quiet start to the campaign for the team that took a win and five podiums in 2018, recording just a single top-10 finish from this year's first eight races.

An upturn in form came at Phillip Island, where Heimgartner qualified fourth and grabbed a podium on Saturday and Rick Kelly finished seventh and eighth.

Heimgartner qualified sixth for Saturday's Perth race, and the Plus Fitness Altima looked on course for a top-six finish until a clash with Scott Pye.

Classing the impact of the off-season change as "fairly massive", the 23-year-old believes progress has been made.

"It's been bigger than anyone thought," Heimgartner told Supercars.com.

"We all thought it would be a small shift in how the car was, but it's been a massive jump.

"It's definitely something you have to get used to. Now we've definitely found a set-up that works in the car.

"Phillip Island we were on the podium and then last weekend we qualified sixth and were on to come sixth or seventh.

"That was really good to have that speed again.

"Unfortunately we got taken out, which is what it is, but it's good signs so far, we just need to keep that consistency up."

Heimgartner is the best of Kelly Racing's Nissan quartet in the championship, his 15th place one ahead of Kelly, who also lost a likely Perth top 10 through an incident.

He feels key lessons were learnt at Albert Park in March, where Heimgartner raced from 17th to 10th and 24th to 14th in Races 3 and 4.

"Tasmania, our cars just always struggle there and then Phillip Island we went well.

"The window's very small, so like on Friday in Perth we were too stiff and it didn't work.

"It wasn't by a whole lot, but it just chucked the whole car out of the window.

"At the moment, we're just discovering where that new window is with the new aero and we seem to be getting an idea now on what it needs, which is good."

Heimgartner was in action over the weekend in the Blancpain GT Asia Championship, sharing a HubAuto Ferrari with Yuya Sakamoto at Thailand's Chang International Circuit.

The duo took a fourth and a second from the two races, with the Melbourne-based Kiwi planning to contest the remainder of the season alongside his Supercars duties.