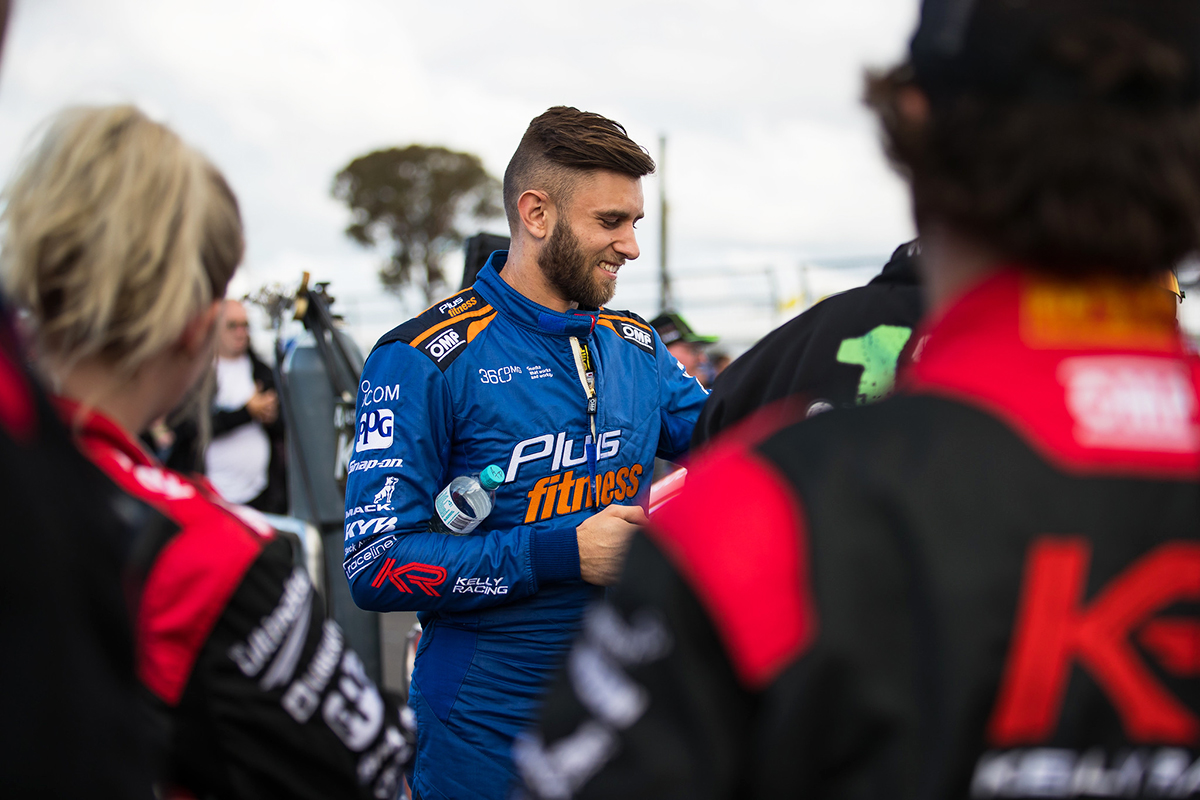 Heimgartner joined the team in 2018 to replace retired co-owner Todd Kelly and shaded Michael Caruso in the standings to be its second-best driver behind Rick Kelly.

The outfit elected to rehomologate the Altima over the off-season, making changes at both ends of the Nissan.

Work on understanding that continues, with Plus Fitness-backed Heimgartner claiming Kelly Racing's only podium of the season to date with third at Phillip Island.

In 15th, he is three spots clear in the standings of Kelly, who has raced the Nissan since 2013.

"That's never been in doubt, it's about providing him a package that suits him.

"To be honest, he's been able to adapt a little bit quicker to this car so far this year, probably on the back that he didn't have the history that Rick had, with understanding the car.

"Rick's having to undo a lot of the work he's done for the last six years and for Andre that's not so much the case.

"He's certainly going well. We're confident we can give him a bit better package in the next few events and he can show us again what he's capable of."

After single seasons with Super Black Racing and Lucas Dumbrell Motorsport, this is the first time Heimgartner has driven for the same Supercars team two years in a row.

"Continuity in terms of the team around him is really helping, there's no doubt about that," Sinclair added.

"But on the flipside, he doesn't have the 15 years or whatever Rick's got of Supercar experience.

"We've literally turned these cars on their head. It's a significant difference." Kelly won a race and took four podiums on his way to eighth in the 2018 standings, but has endured a difficult start to the new season.

He shades Heimgartner 8:6 on head-to-head qualifying and has a slightly better average grid position, 13.9 against 15.1.

The Castrol Altima suffered an engine failure last time out at Winton, while Kelly also lost likely strong results through incidents in Adelaide and Perth.

In the latter's second leg of the PIRTEK Perth SuperNight, Heimgartner and Kelly were both comfortably in the top 10 before separate clashes proved costly.

"We obviously had a mechanical drama at Winton," Sinclair said of Kelly.

"We were going alright, we weren't going to set the world on fire. But in Perth, that was one where we were going really well.

"He was fifth or something on the restart and really comfortable with the package.

"He's been on the raw end of a few issues this year, in terms of on-track stuff and also mechanical issues.

"His championship position doesn't reflect the speed we've had, that's the stuff we've got to tidy up."