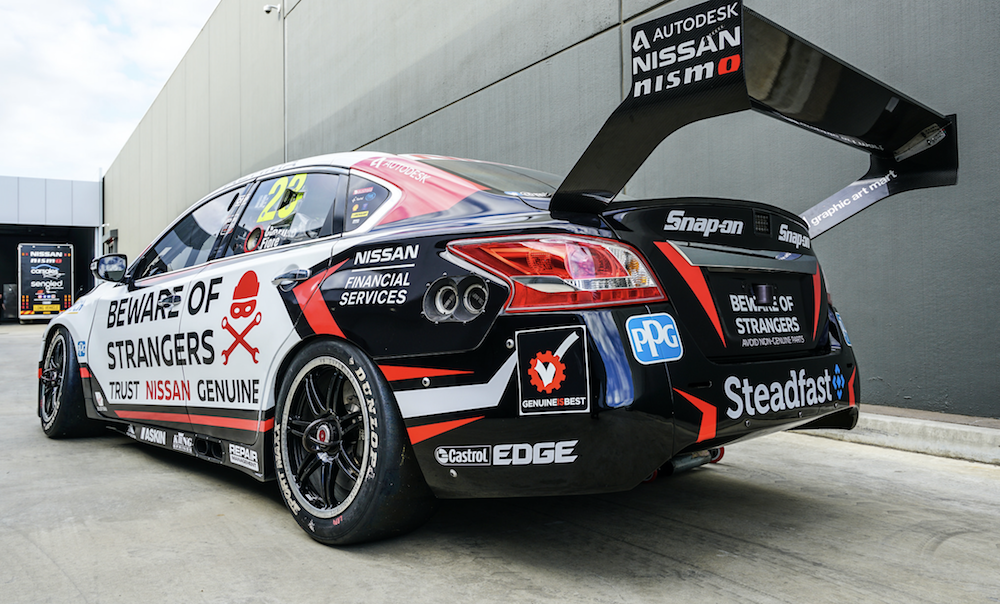 Nissan will again use its Supercars sponsorship to promote its ‘Beware of Strangers’ genuine parts campaign at the Vodafone Gold Coast 600.

Seen at last year’s Sydney 500, the Beware of Strangers livery will be run on the team’s Michael Caruso/Dean Fiore entry.

Nissan will also promote the message in television and online advertising across the race weekend.

“Nissan is committed to producing genuine parts and accessories that are designed and developed specifically for Nissan vehicles,” said Caruso. 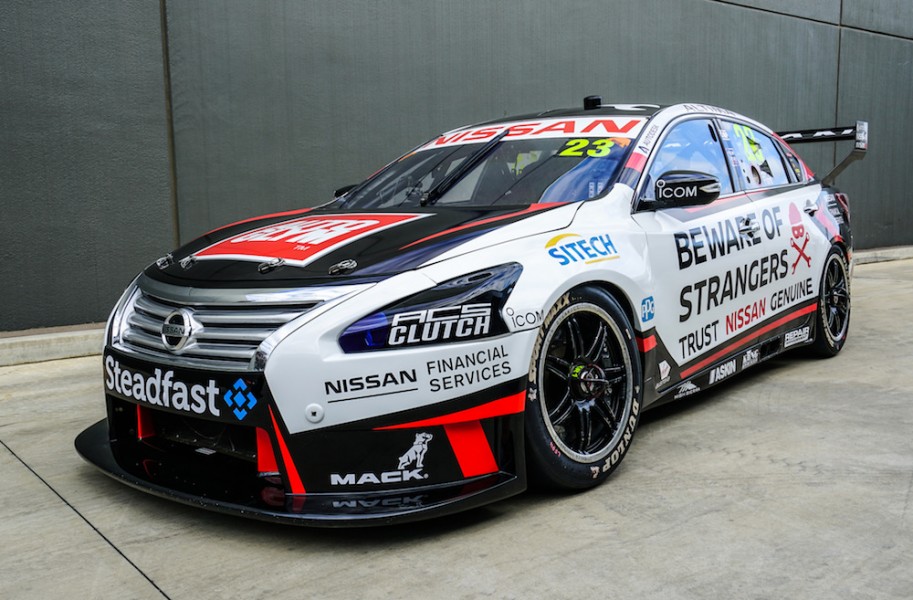 “It can be hard to tell the difference between non-genuine parts from the real thing, so I hope this campaign - and the livery of my car this weekend - helps educate the public about the importance of genuine parts.”

Caruso heads into the Gold Coast race following a strong sixth place at Bathurst that has elevated him from 16th to 12th in the championship.

He is now the top Nissan driver, having scored top 10 finishes in three of the last four races.

Caruso and Fiore also have previous success on the Gold Coast, teaming up for a podium at the event in 2014.