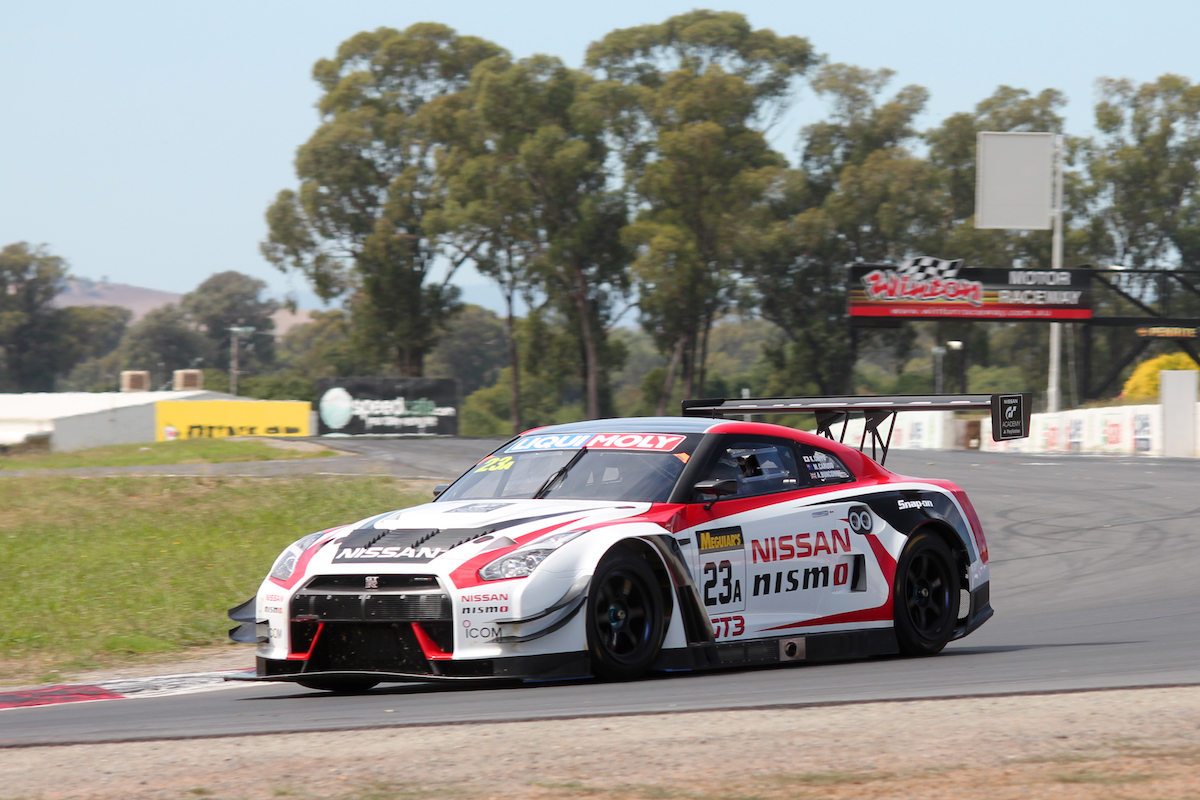 Nissan had a trouble-free 12 Hour test today at Winton, with Todd Kelly steering his first ever laps in a GT-3 specification car, and Michael Caruso getting behind the wheel of the new GT-R Nismo GT3 for the first time.

The #23 Nissan landed in Australia last week after its build was completed at NISMO headquarters in Japan and will be raced at the 12 Hour by Caruso alongside Katsumasa Chiyo and Alex Buncombe.

The #24 GT-R entry – the car that Nissan used to finish second at the 2016 Bathurst 12 Hour, will be driven by Kelly, Jann Mardenborough and 2015 12 Hour champion Florian Strauss.

Kelly enjoyed steering something different, having raced Supercars since the year 2000.

“I’ve just had my first drive of the GT-R NISMO GT3, and to be honest, the whole day is almost surreal,” Kelly said.

“I’ve spent the whole day trying to erase 20-odd years of learning how to drive a race car because the only car I’ve driven in recent times is a Nissan Altima Supercar. 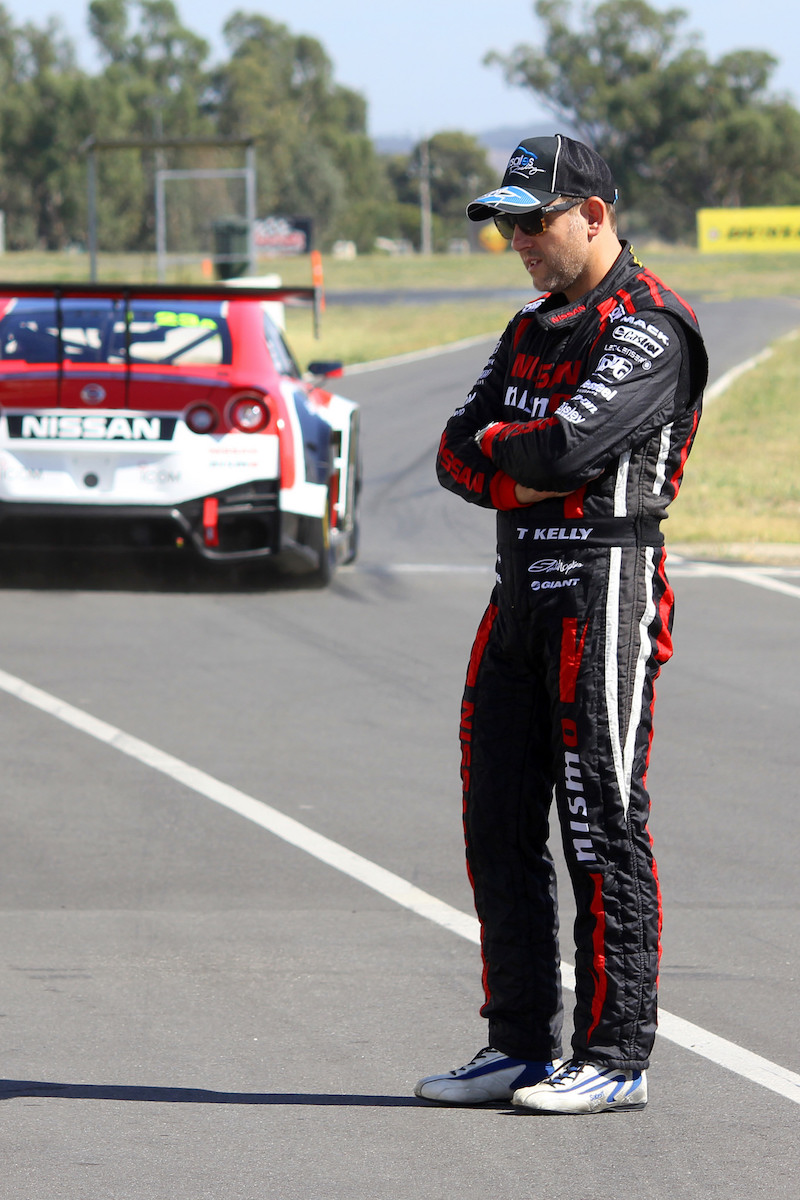 “Bathurst is going to be quite a lot different to Winton – a lot faster, high speed and high lateral loads, but Winton is the kind of track that I need to have my first run in the GT-R. It has a lot of really hard braking and tight corners where I’ve been able to get used to the ABS and traction control.”

Driving the brand-new race car was quite an experience for Caruso, who took Nissan’s most recent Supercars win in Darwin last June.

“It’s great to be the first driver to jump in this Nissan GT-R NISMO GT3, delivered only a week ago from NISMO,” Caruso said.

“Having not driven a GT-R for a few months, it’s great to prepare myself and I’m getting excited for Bathurst.

“Today is all about doing a shakedown with the brand-new car. We did a few installation laps, doing a few system checks and it has been running great.

“The car gets delivered from NISMO in A1 condition and we will go to Bathurst in the best shape.

“I’m looking forward to teaming up with (Katsumasa) Chiyo and Alex (Buncombe) in the 12 Hour – it’s an event that I’ve always wanted to do and I can’t wait.”

Buncombe is no stranger to Supercars fans after he impressed as a co-driver alongside Kelly in 2014.