Nissan has announced a continuing commitment to Australian motorsport for the 2017 and 2018 seasons.

Nissan has further committed to the Virgin Australia Supercars Championship for the 2017 and 2018 seasons. Nissan has also signed a new two-year agreement with the Kelly family-owned Nissan Motorsport race team for 2017-18 seasons. The team will continue to field four Nissan Altima Supercars. 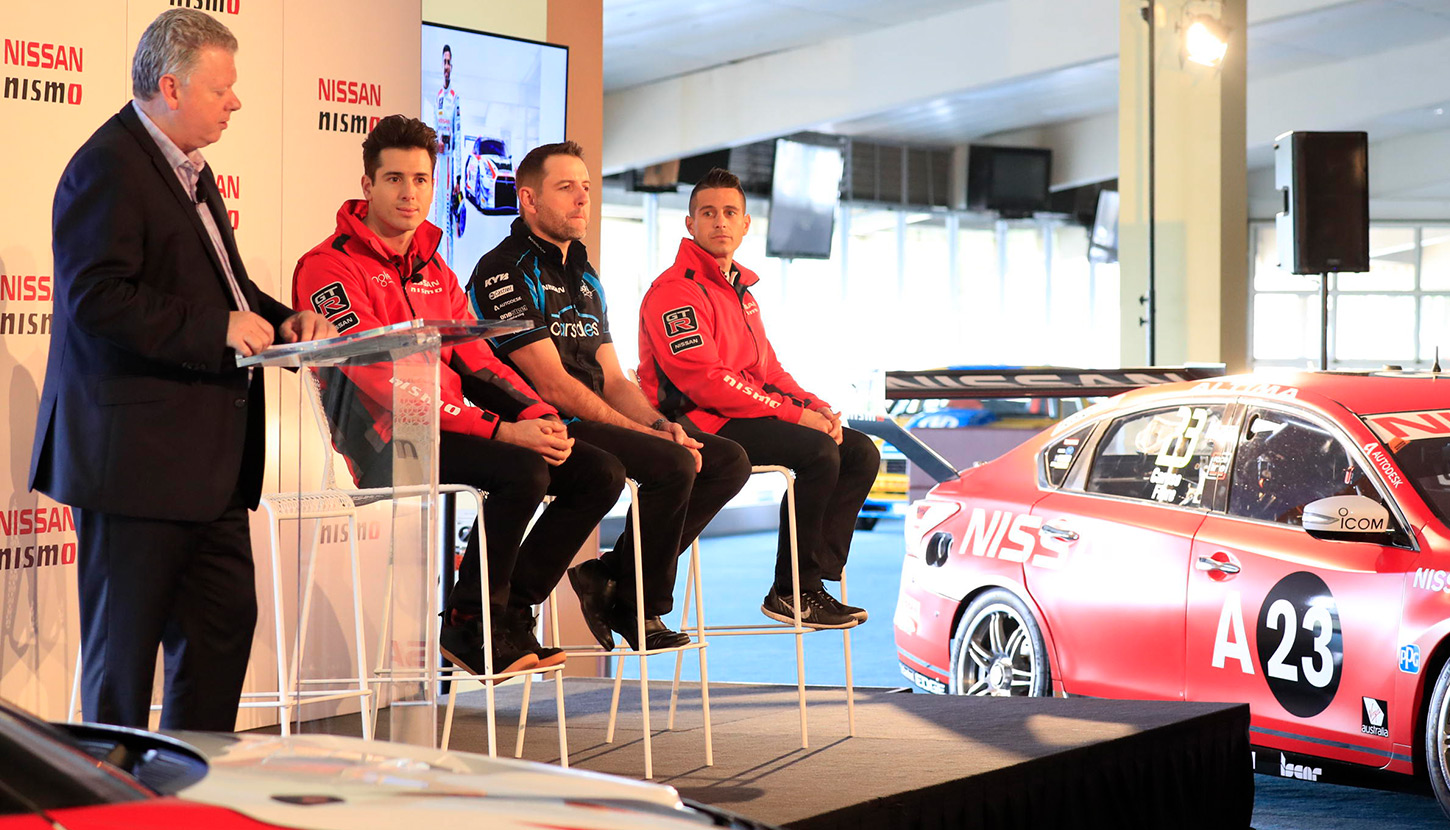 Michael Caruso, driver of the #23 NISMO Nissan Altima Supercar, has also re-signed with Nissan Motorsport team for the next two years.

Nissan will return to the Bathurst 12 Hour in 2017 in an expanded two-car effort with a pair of Nissan GT-R NISMO GT3 factory entries. Full team and driver details will be confirmed at a later date.

“Motorsport is in the DNA of Nissan, both here in Australia and globally,” said Nissan Motor Co. (Australia) Managing Director and CEO Richard Emery.

“When Nissan first opened for business in Australia in 1966, one of the first things we did was to go motor racing. Our motorsport program is a way for us to show people what the Nissan brand stands for – through the excitement of our race cars and the innovative and inclusive nature of our fan activations.”

In 2016, Nissan is defending nine championship victories in 14 different race series across the globe.

“We are very proud of our global approach to motorsport and today’s announcements for Australia really showcase our brand, both locally and internationally,” said Nissan Global Motorsports Director, Michael Carcamo.

“The Supercars Championship is one of the most high-profile sporting events of any kind in Australia and Nissan has tremendous heritage and a huge fan base in this series.

“Our efforts in the Bathurst 12-Hour over the past two years have further intrinsically linked Mount Panorama and the GT-R. They already had incredible history together but this has now gone to a new level.”