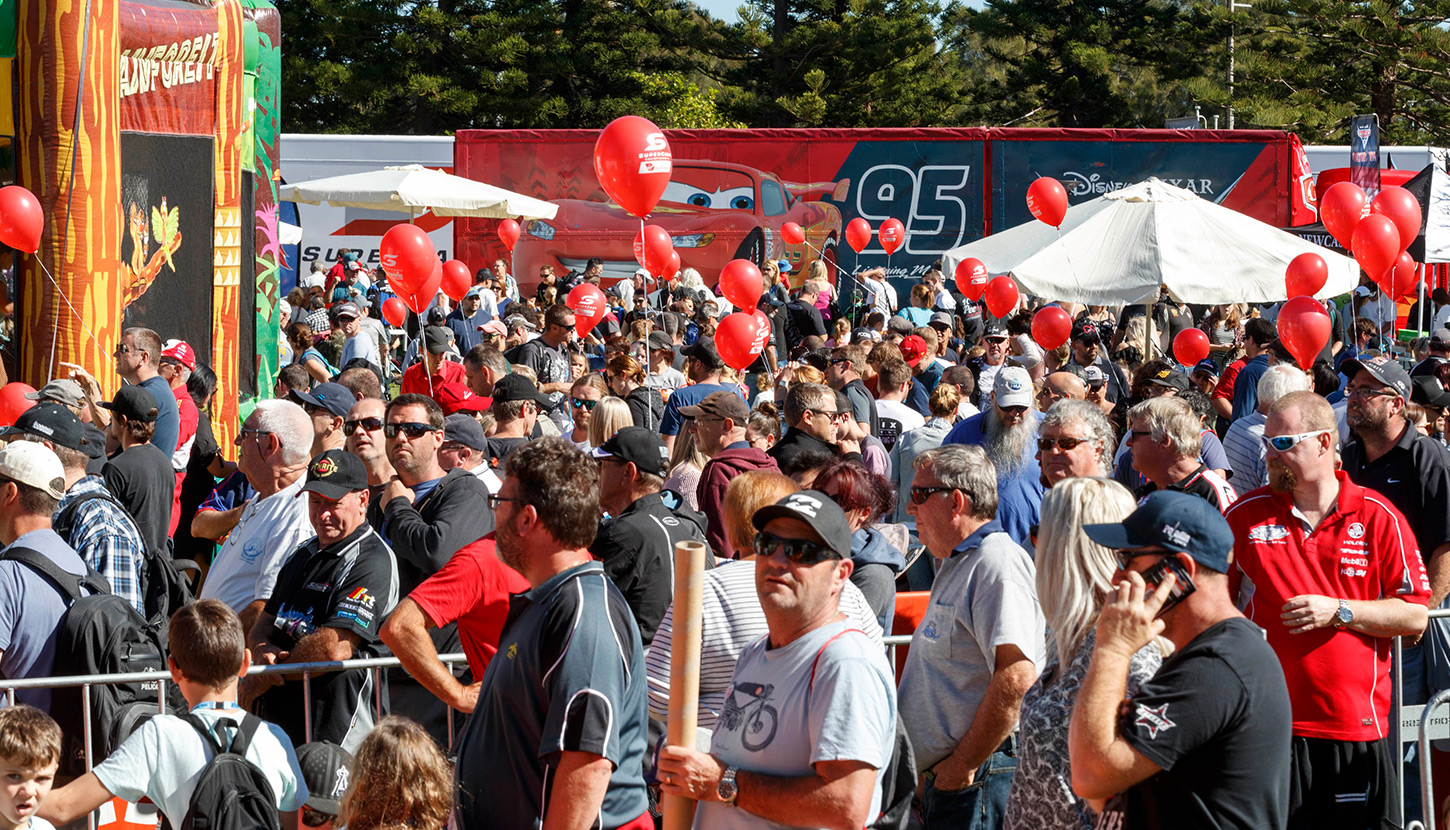 Newcastle has spoken with its feet in support of the first Supercars race in the City.

Thousands of locals flocked to a Supercars Community Day to secure the first tickets to the Coates Hire Newcastle 500 in November with a queue which stretched for more than a kilometre.

The residents swarmed the venue for the inaugural Supercars race with an estimated crowd of more than 10,000 people voicing their support for the City’s biggest major event.

As a result of the huge response Supercars extended has the discounted local offer for another nine days via the Ticketek website with proof a residence.

Supercars CEO James Warburton said the overwhelming response was proof Newcastle had embraced the event and voted with its feet.

Ticket purchases were reserved for Newcastle and Hunter residents today with the general public getting their first chance on May 8.

“This is an amazing show of support which demonstrates just how much this community wants it and how much it means to the region,” Mr Warburton said.

“And there are thousands more fans across the country still to have their opportunity to buy tickets. That’s without us having announced our major Saturday night act concert act.”

Mr Warburton said the region would reap massive economic benefits and showcase Newcastle to the world in November.

“There are a lot of people thanking us but the credit should be reserved for Destination New South Wales and the Newcastle City Council for their foresight in bringing the event here.”

Supercars great Craig Lowndes was one of nine drivers who attended the day and was stunned with the reception from the locals.

“It’s fantastic to see all the fans come out and support it knowing this is the reception we will come back to later in the year,” Lowndes said.

“The amount of enthusiasm and passion for this event is unbelievable. It’s great now to be able to showcase Supercars on the streets of Newcastle.”

The Coates Hire Newcastle 500 is supported by Destination New South Wales and Newcastle City Council as a major regional event which will drive significant visitation and economic benefit to the communities of Newcastle and the Hunter.