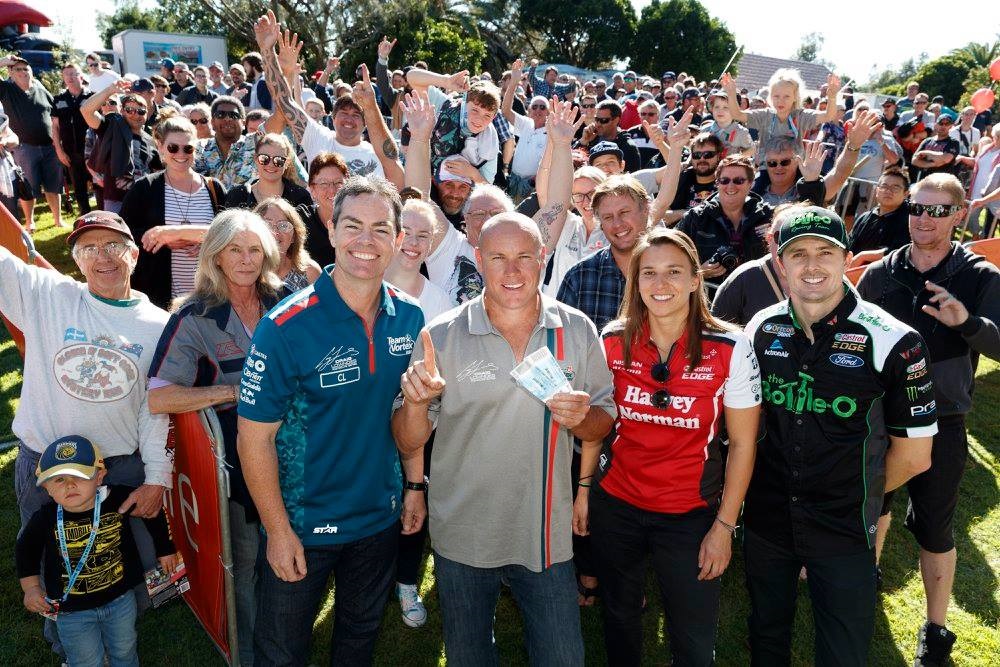 Fresh from the hugely-successful inaugural Coates Hire Newcastle 500 last November, 2018 tickets will go on sale on April 28, at a Community Fun Day in Civic Park.

Hunter residents who attend the Community Fun Day will have the exclusive opportunity to purchase discounted trackside tickets prior to their release to the public.

The 2018 Virgin Australia Supercars Championship will again conclude in Newcastle, on November 23-25.

Supercars has extended the offer for a second year, with anyone who attends the Community Fun Day entitled to a 10 percent discount on trackside tickets.

Grandstand tickets will go on advanced priority sale for 2017 Grandstand ticketholders on April 11 through to April 25, with all remaining tickets then to be offered to the public from April 29.

“The overwhelming support the event received from the community last year meant we decided to again offer discounted tickets for those who backed the event,” Supercars CEO Sean Seamer said.

“Along with the ticket offer we are very focussed on the community in year two and by holding this day in Civic Park signals our commitment to supporting business in the CBD where we can.”

NSW Minister for Tourism and Major Events, Adam Marshall encouraged local fans to get along to the Community Fun Day and secure their tickets early.

“The inaugural Newcastle 500 last year was a huge success, with massive crowds treated to some spectacular racing and the city of Newcastle showcased in all its glory to a national and international audience,” Mr Marshall said.

“I have no doubt tickets will be in hot demand so the Community Fun Day is the perfect opportunity for fans to ensure they’re front and centre when the action returns this November.”

The inaugural Community Fun Day last April attracted more than 10,000 fans who grabbed the first tickets to the event, which attracted a total of 192,242 fans over three days of unforgettable racing and entertainment.

This year, some of the fans’ favourite drivers will return to Newcastle for the Community Fan Day, for the first time since the dramatic final race of 2017.

There will be car displays, live entertainment, face painting and jumping castles for the kids, while drivers will meet with fans and sign autographs from 10:15am-11:00am and 11:30am-12:15pm on the main stage, located in Civic Park near the Art Gallery.

The Nobbys Beach Surf Lifesaving Club, will also be cooking a sausage sizzle for fans on the day.

The Coates Hires Newcastle 500 was secured exclusively for Newcastle by the NSW Government via its tourism and major events agency, Destination NSW, in partnership with Supercars Australia and Newcastle City Council.

KOFM will be broadcasting live from the Supercars Community Fun Day which will be held on Saturday April 28 from 10am-2pm at Civic Park.

For more information head to supercars.com and the event’s dedicated Facebook page.