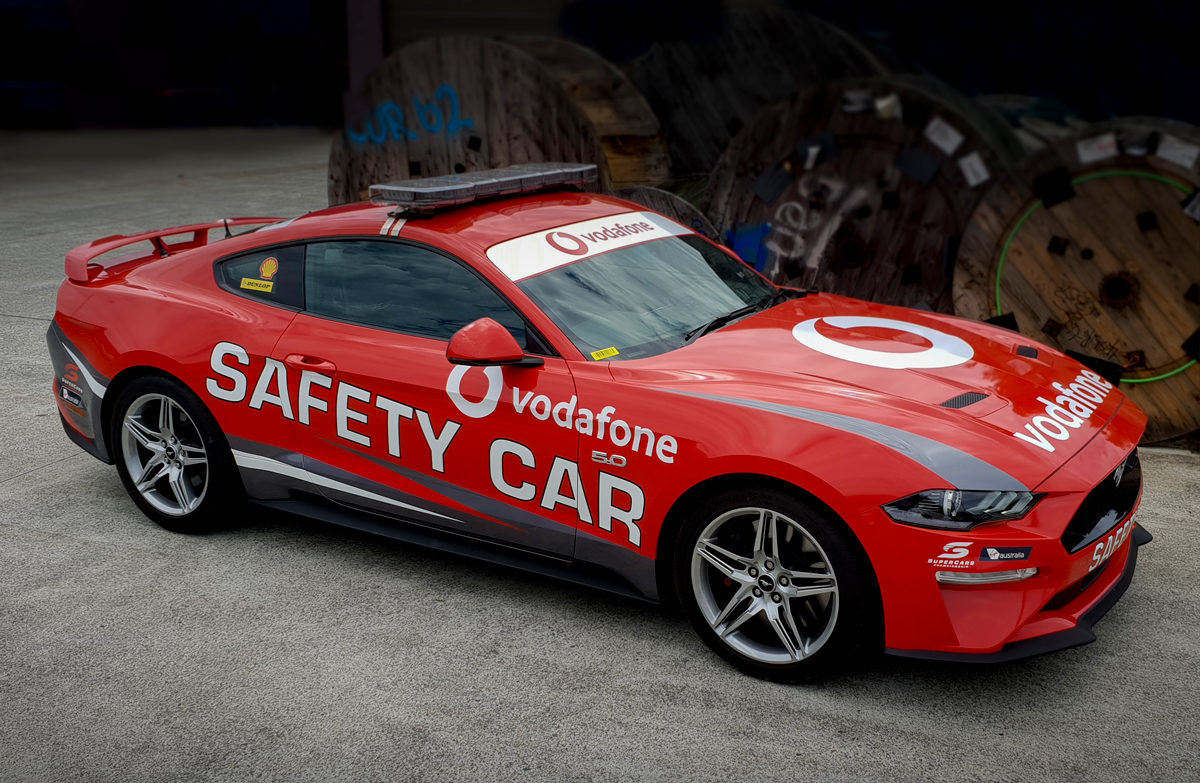 The Ford Mustang’s entry into the Virgin Australia Supercars Championship this season will include becoming the official Safety Car.

It will be backed by Vodafone, which enters the second season of its three-year deal for the Safety Car program.

Ford and Vodafone reunite on the race track having enjoyed success together in Supercars with Triple Eight in the late 2000s.

The Blue Oval takes over the Safety Car deal from Porsche and will also supply the Course and Medical Cars.

“We’re extremely proud to partner with Vodafone and Supercars with the Mustang Safety and Ford Course Cars.”

“We have a close and long-running partnership with the Supercars,” he said.

“As a business we love the sport and we couldn’t be happier to be involved in what will be a cracking year of action in 2019.”

Supercars CEO Sean Seamer said it was an honour to have the two global brands as partners.

“Vodafone is an incredible global brand which recognises the significant reach of Supercars through its broadcast, digital and event platforms,” he said.

12/02/2019
Stay In The Know
Sign up to the Virgin Australia Supercars Championship Newsletter
This website uses cookies to improve your user experience. By continuing, you will be providing your consent to our use of cookies.Ok