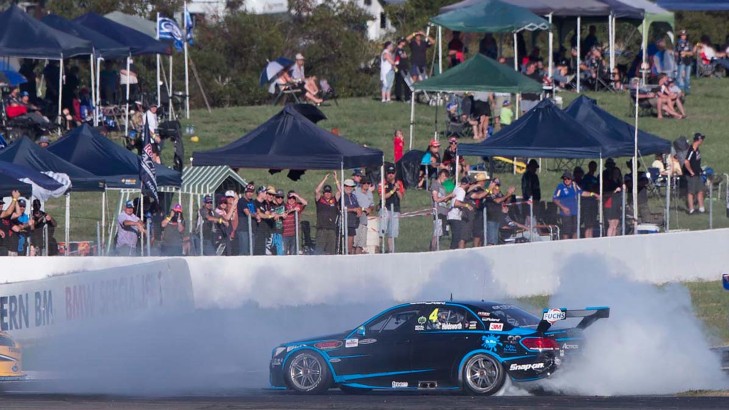 Erebus Motorsport has unveiled a new video tracking its life in V8 Supercars from inception to its first win.

Released today on the team's website, the clip captures Erebus' fledgling journey in V8 Supercars over the past 18 months, culminating in the team's history-making first victory in April this year.

The video focuses on the team's unique standing in the world of V8 Supercars under the ownership of the sport's sole female team owner Betty Klimenko and with the only two Mercedes-Benz E63 AMG vehicles of their type in the world.

Holdsworth registered the team's maiden victory at Winton, while Davison recently celebrated his first podium finish since joining the team with third at the last event in Townsville.

"After our memorable win at Winton in April this year, another podium finish at the last meeting in Townsville and with consistent top 10 results so far in 2014, there is no doubt that Erebus is a team on the rise," said Erebus general manager commercial Jeff Reibel.

"There is a real excitement and anticipation about what the second half of the Championship will bring."

While the first half of 2013 was a teething period for Erebus, heading into last year's Pirtek Enduro Cup the team began to blossom, with Lee Holdsworth and Craig Baird recording a best ever finish of fourth at the Wilson Security Sandown 500.

The pair, who will drive together again this season, finished a commendable fifth in the Pirtek Enduro Cup, meaning fans - and competitors - should keep their eyes on the ever-improving E63s.

Erebus Motorsport pilots Davison and Holdsworth are currently positioned in 13th and 14th respectively in the V8 Supercars Championship at the halfway point of the year.

The team tests at Queensland Raceway on Wednesday, ahead of the Coates Hire Ipswich 400 at the track - secure your tickets to the August 1-3 V8 Supercars event now.

Will Davison  ›
15' Erebus Motorsport ›
2014 Coates Hire Ipswich 400  ›
Stay In The Know
Sign up to the Repco Supercars Championship Newsletter
We use cookies to ensure we give you the best experience on our website. If you continue to use this site, you agree to the terms and conditions identified in our privacy policyOKPrivacy policy