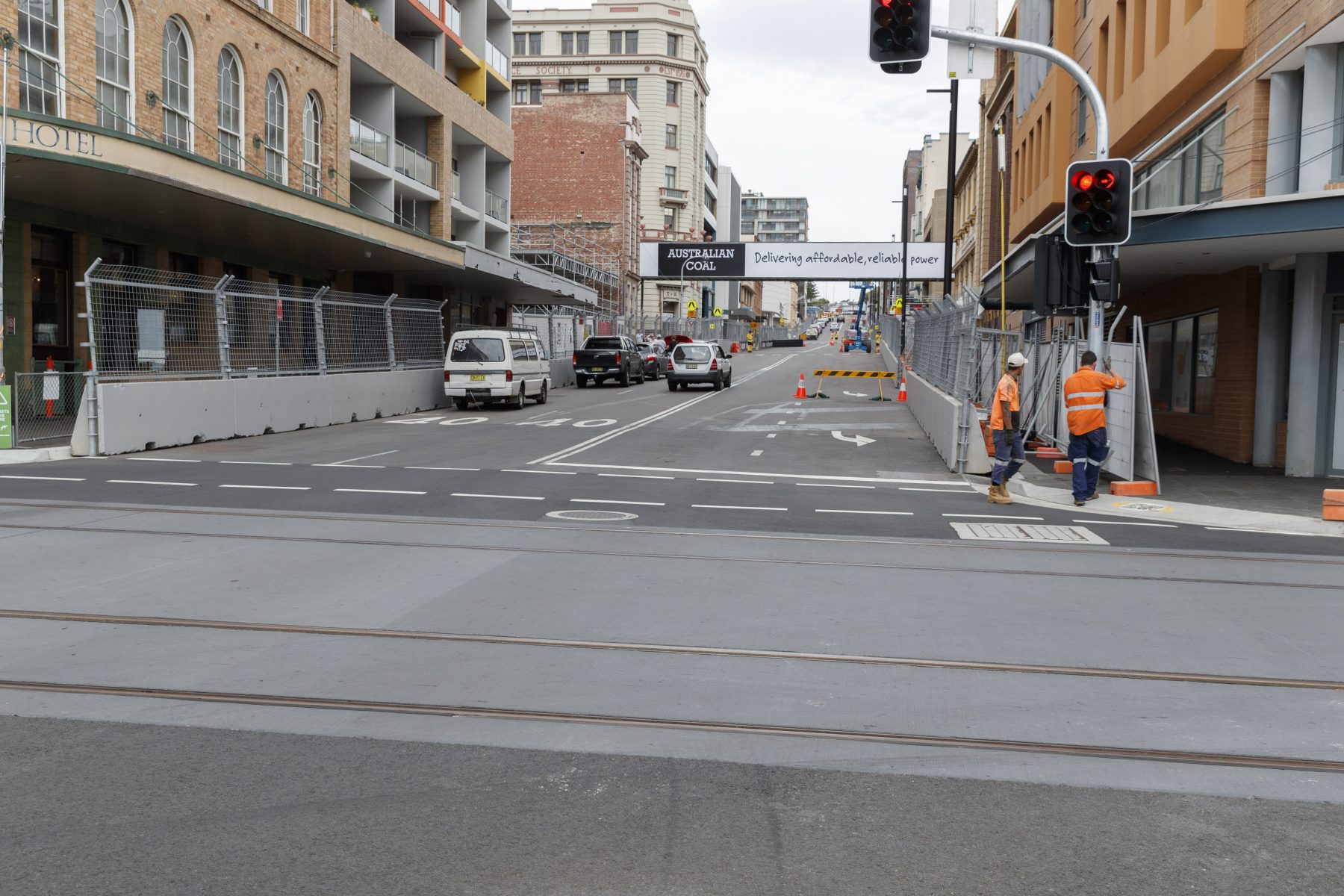 Light rail tracks installed across Watt Street since the inaugural Coates Hire Newcastle 500 will be covered in time for this weekend’s event.

Led by five-time Supercars champion Mark Skaife, the track design team has elected to fill and cover the lines for the event, to ensure it does not impact racing.

The works are scheduled to be undertaken on Wednesday night, ahead of teams’ track walks on Thursday.

Supercars drivers will be travelling at around 160km/h when they cross the tracks, which are situated right on the point of the third-to-fourth gear change. 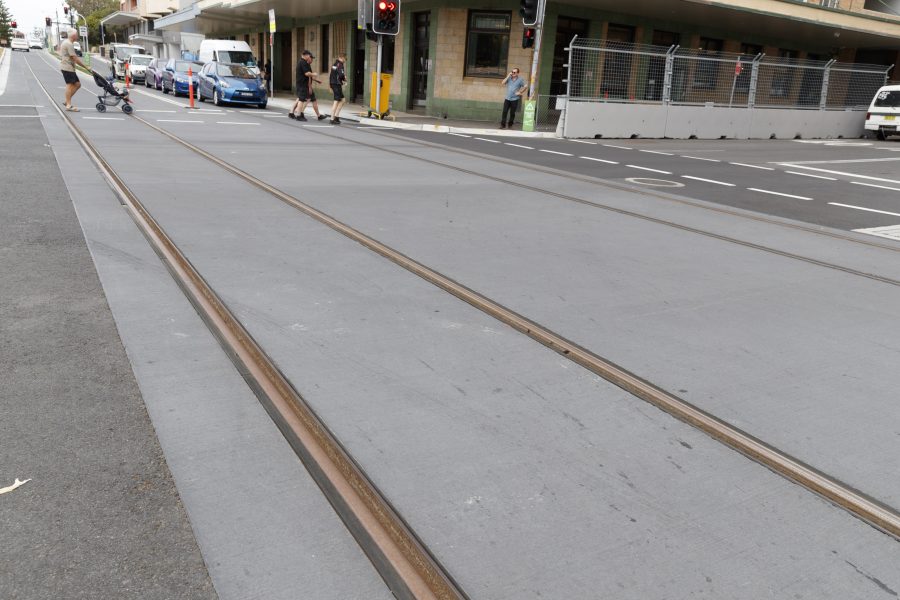 The tram lines will be covered for the event

“We’ve had a really detailed look at it, we’ve had lots of engineering brain power from various sources look at what the intersection is now,” Skaife told Supercars.com.

“The light rail has seen a concrete section inserted into the middle of the intersection, so that section of road is a different profile now compared to what it was.

“Really, that profile is better than last year because of the accuracy the light rail requires; the piece they’ve inserted is very flat, so the transition is very good.

“Our thoughts were varied on what actually happens to the tyre over there, what’s the growth of the tyre? How much vertical load it has. What’s the sheer on the tyre?

“We think that it’s better to have an engineering solution that covers the tracks, and that’s obviously been in consultation and co-operation with the light rail authority.

“From a risk-management standpoint and an engineering solution, I think Supercars has done the right thing.” 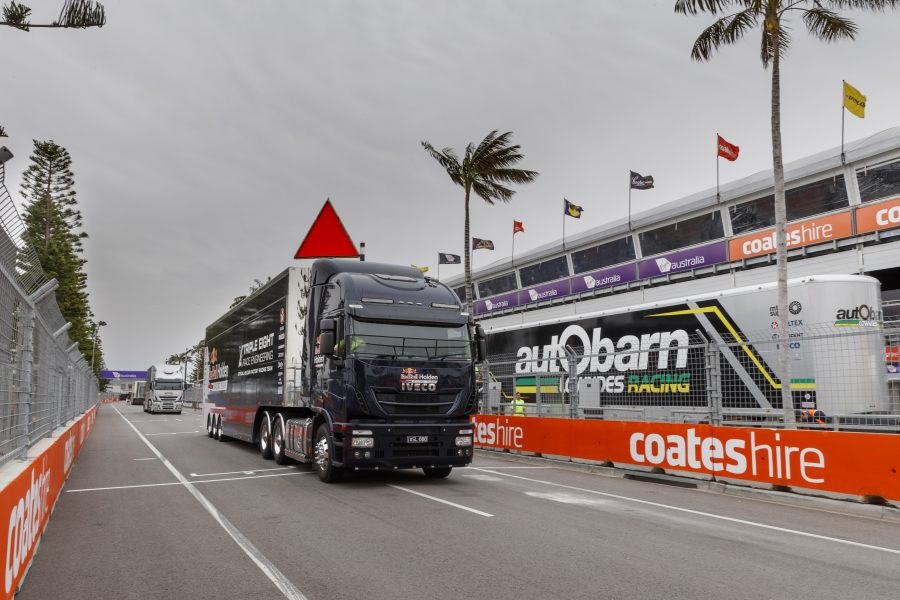 Teams have already arrived at the Newcastle circuit

The profile of the walls along Watt Street meanwhile remain unchanged, with Supercars affirming that the concrete struck by Craig Lowndes last year did not jut out onto the track.

Elsewhere, the circuit has undergone minor tweaks, largely to improve sight-lines for drivers around the tight street course.

Passing proved difficult but not impossible on the 2.63km layout last year, with Simona De Silvestro the star overtaker.

The Swiss driver made a series of clean passes into Turn 8, while most other moves through the weekend came at Turns 2 and 11.

“A couple of the small changes are going to improve the visibility and, I think, also the racing quality,” said Skaife.

“Probably the best example of that is the wall profile down through Turn 5 and 6, which is better than it was last year at the right-hand section in front of the surf club.

“The visibility of the apex is better, and then from that run into Turn 7, into Zaara Street, there’s been a significant improvement in the run-off there.

“The track from a geometric standpoint there stays the same, but the optics when you come into there with the wall profile being further back will look better in that zone.

“I think that will lead a bit more into what we saw Simona doing last year, being able to attack a bit harder either into there or around there to make a manoeuvre work.” 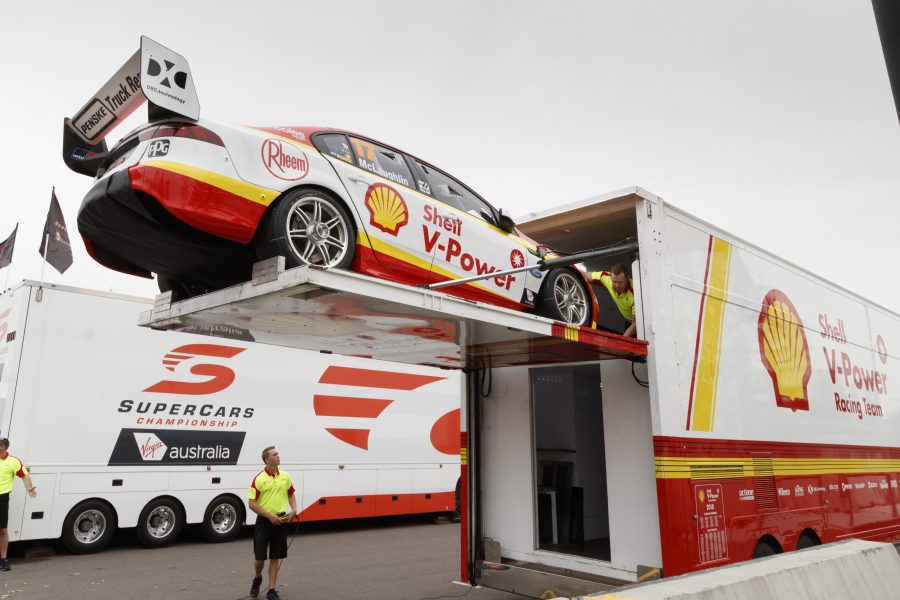 Large ‘sausage kerbs’ at the apex of the final corner will not be used this year, instead replaced by flatter kerbing, like that seen on the 90-degree corners in Adelaide.

“Last year, the savageness of the inside kerb probably made it too much of a one-lane race track,” explained Skaife.

“We’re thinking in a perfect world that’ll create a bit more body language of the cars over the kerb and maybe entice a mistake as the camber profile runs away on exit.

“It should also increase the exit speed a little bit, so it’ll make the braking zone into Turn 1 slightly longer.

“Those little changes aren’t massive and they’re year-on-year improvements to street circuits that you’d expect, but they’re reasonably small in their totality.”