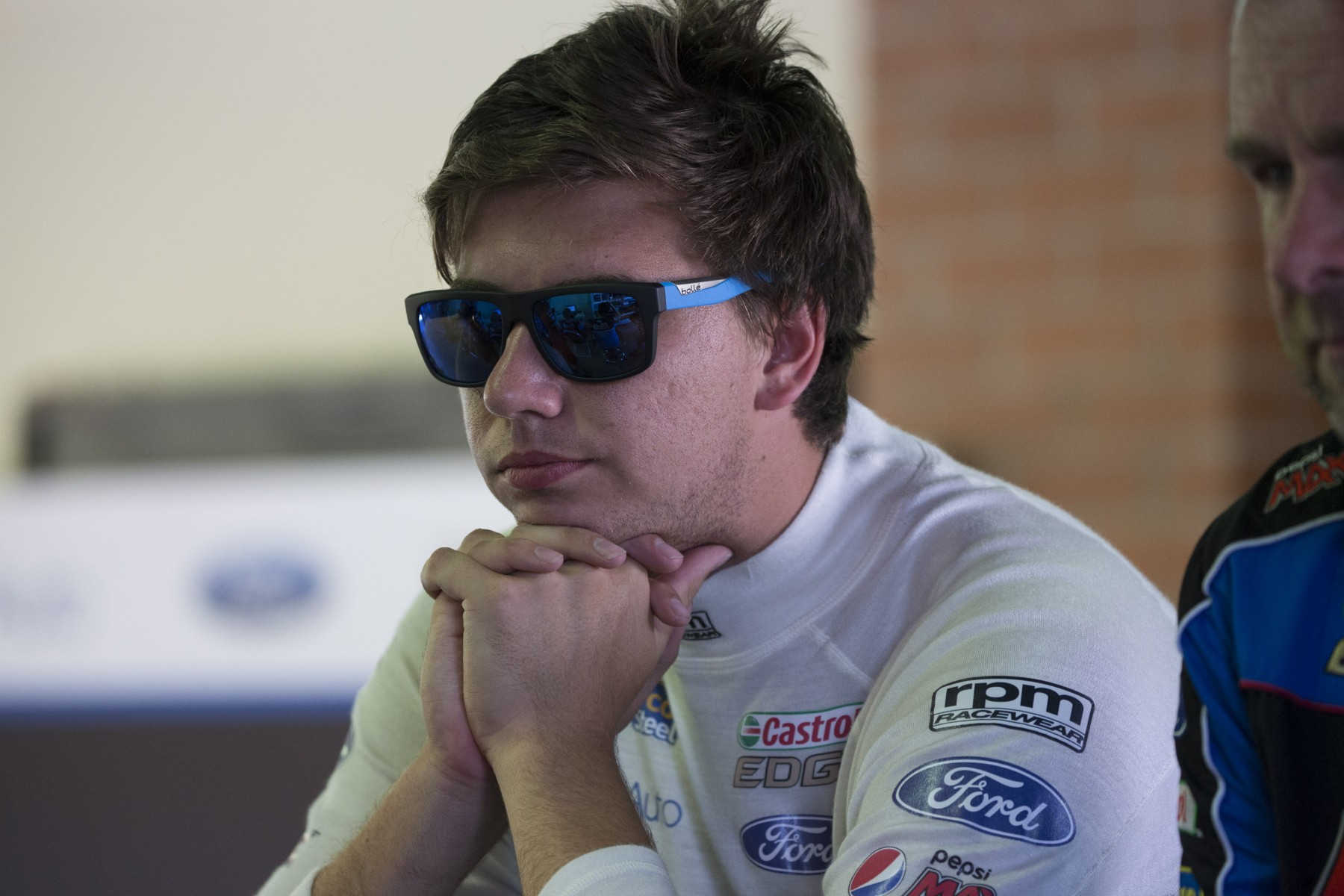 Chaz Mostert will return to race a new chassis when he hits the track for his first V8 Supercars test in 2016.

The chassis steered by Cameron Waters and Steve Owen at the end of last season will cycle through to become a Dunlop Series entry, leaving 23-year old Prodrive racer to jump in a brand new car as he returns from injury after his monstrous accident at last year’s Supercheap Auto Bathurst 1000.

That chassis took a hit to the left front at Homebush, in what was a lacklustre weekend with Owen behind the wheel.

A new chassis is on the way for 2015 champion Mark Winterbottom, but at this stage a date has not been set for its debut.

Prodrive boss Tim Edwards confirmed that with the team entering new generation chassis in the V8 Supercars Dunlop Series, there were seven shells at the workshop, with another spare set to come online when ‘Frosty’ makes the switch later in the season.

“Chaz is moving into a new chassis for obvious reasons,” Edwards told v8supercars.com.au.

“There’s another new chassis on the floor at the moment as well, which is going to go to Frosty, but we haven’t decided exactly when.

“He won’t start the season in that, but the chassis is going together already, so that’s going to come online.

“So the only one in a new chassis to start the season will be Chaz.”

With a tight schedule this year, it will be important for teams to have access to spare chassis in case of disaster. While there is currently one spare for the Prodrive group, there is plenty in the pipeline to ensure all bases are covered.

“Obviously when Frosty hops out of his car that will be a spare. We’ve also got another two chassis here as well, so it’s starting to fit together and all good,” Edwards said.

The team boss said there were no plans for Mostert to do any other racing as he prepares for the team’s test day next month, though he has been karting as part of his rehabilitation program.

The 23-year old showed blistering pace – particularly in qualifying – last season and despite the enormous accident that left him with a broken leg, wrist and knee issues, Edwards doesn’t think Mostert’s mindset will be affected.

“At this stage the plan is normal pre-season test day,” Edwards said.

“It’s always a big thing [returning from a crash like that] but all conversations I’ve had with him, he’s fine.

“I spoke to him a couple of days ago and he just cannot wait for the 22nd of February to get back in the car. As you’d expect, he just loves driving the car, and he cannot wait.”

Mostert told v8supercars.com.au there was no nervousness when steering a go-kart for the first time as he completed his rehabilitation, and Edwards suggested the time spent sitting out while subs Cameron Waters and Steve Owen took the wheel would have been harder.

“Driving the car is what he wants to be doing – the difficult period for him to get through was watching someone else drive his car,” Edwards said.

“The easy thing for him is to hop into his car because that’s what he knows and loves.

“The window in the back end of last year that was difficult – hoping back in the car, that’s just magic to him, what he needs to be doing.”

Mostert was second in the Championship before his season ending crash and the team believes he’ll once again be in the title hunt, along with Winterbottom who defends the #1.

“Absolutely – we’re confident of him and Frosty at the front,” Edwards said simply.