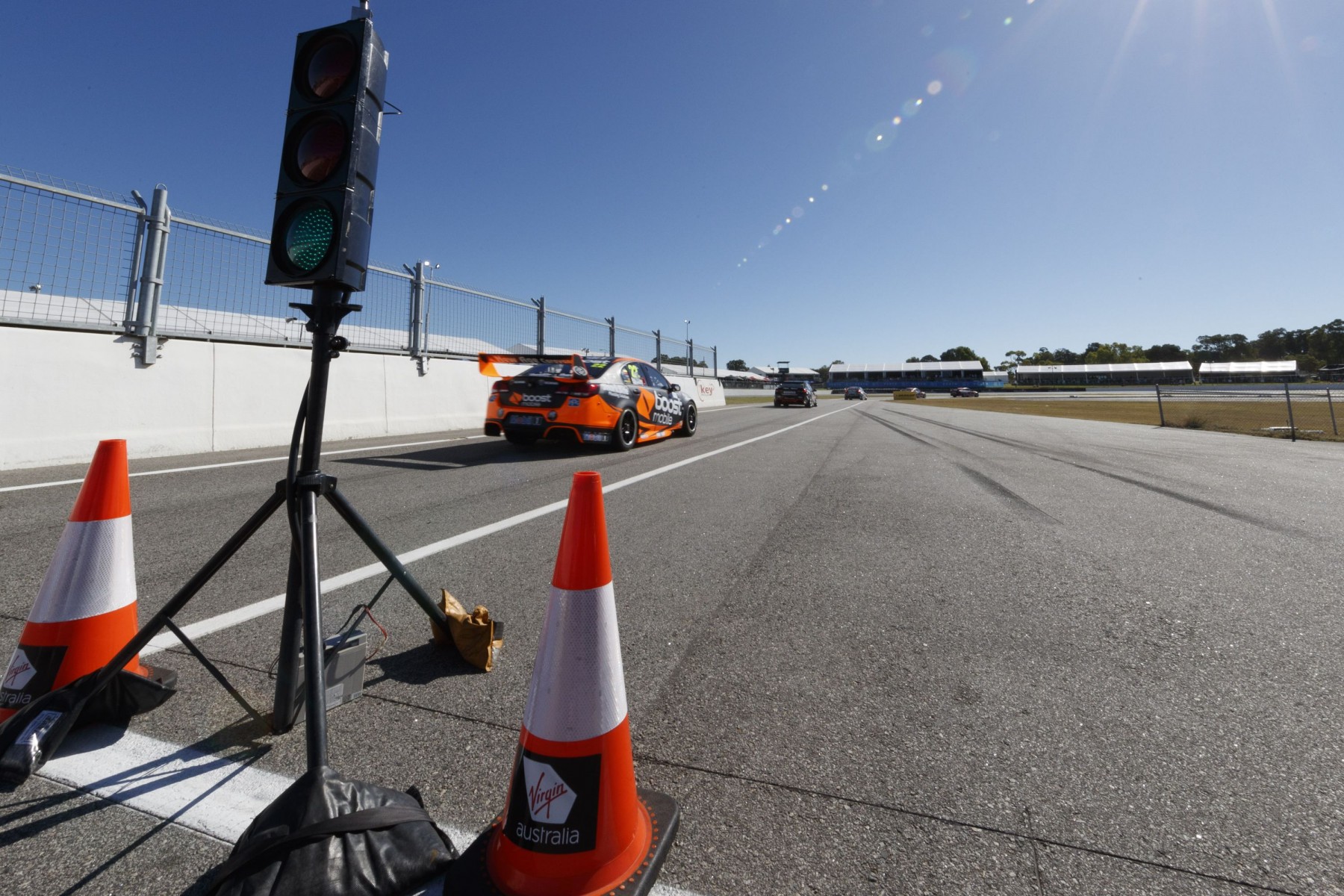 A radical new qualifying format will be introduced at Supercars’ two shortest circuits next season in a bid to avoid traffic-related incidents.

The 2.4km Symmons Plains and Barbagallo circuits will feature the new format, in which the field will be split into groups based on practice times before a three-part ARMOR ALL Qualifying session.

It follows a series of near-misses over recent seasons as cars on flying laps came across others warming up for their runs.

This year’s Barbagallo event thrust the issue into the spotlight as Shane van Gisbergen and David Reynolds were forced to spear off the circuit in separate incidents to avoid other cars.

Supercars sporting and technical director, David Stuart says that the new system has been devised after careful analysis of the situation.

“We’ve had issues at Symmons Plains and Barbagallo, which have been a function of the circuit length and the amount of cars,” Stuart told Supercars.com.

“The aim has been to try and reduce the amount of traffic on track, which lessens the chances of those issues reoccurring.

“We looked at the way MotoGP and Formula 1 do things and we’ve come up with a combination of both.”

For Saturday, the top 10 in the combined Friday practice times go straight to Q2.

For Sunday, a 20-minute practice session will take place on Sunday morning. The Top 10 in that session go straight to Q2.

An extra set of tyres will be added to the initial Tasmanian and Western Australian tyre allocations.

The set allocated for handback will be returned on Saturday prior to qualifying.

Stuart emphasises that the new format could be rolled out at more venues in future if it proves a success.

Arguably the most high-profile qualifying near-miss of 2017 occurred at Queensland Raceway, where Scott McLaughlin came across Alex Davison at high-speed.

“We did discuss QR and Winton, but the Commission members felt there’s probably enough separation on those circuits not to employ this at those venues,” explained Stuart.

“It’s not something that you’d have everywhere, but it’s something different that we are going to try at these shorter circuits.

“The way it’s structured should alleviate that pressure, but until you try it you don’t completely know.”