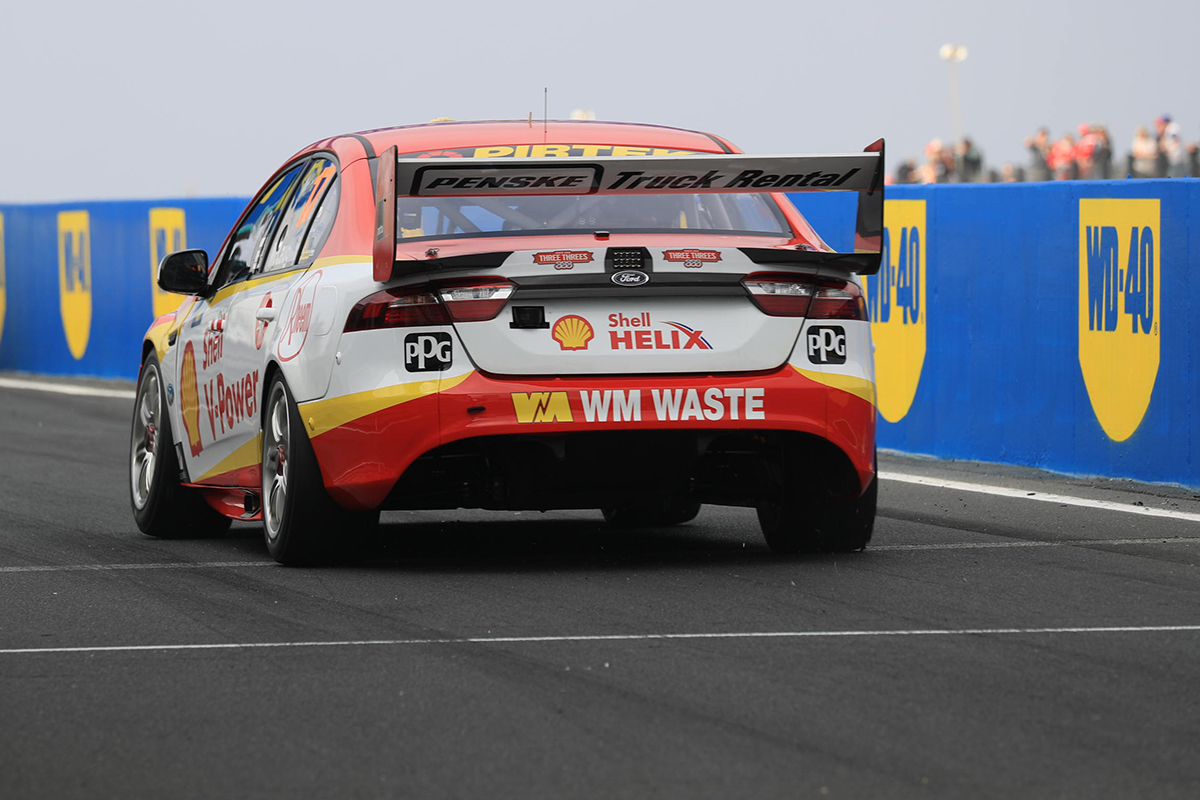 The outfit has moved into the first bay this year thanks to winning the 2017 teams’ championship, knocking Triple Eight out of the coveted spot for the first time in almost a decade.

Having the first bay is theoretically an advantage, allowing the team to vary its exact pitstop length in the fuel-drop races, based on the relative positioning of any cars behind.

On Sunday at Phillip Island, however, Nissan Motorsport’s decision to short-fill Rick Kelly at an early first stop appeared to catch the Shell squad off-guard.

McLaughlin was told by his car controller to leave his pitbox, only to find Kelly coming past, and the pit exit cone ruling out temporarily running side-by-side.

Contact with Kelly or the exit cone would have drawn a penalty, a disastrous outcome on a weekend in which McLaughlin was determined to make the most of his car speed advantage.

The #17 Falcon driver was therefore forced to stop and wait for not only Kelly, but the trailing David Reynolds and Michael Caruso to file by, before slotting into the fast lane. 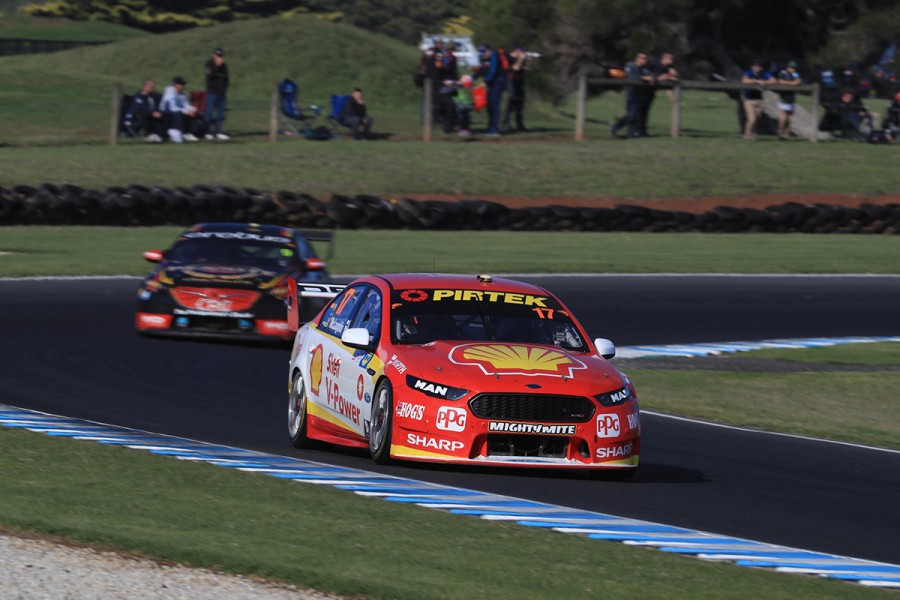 McLaughlin spent the middle phase of the race stuck behind Caruso, before emerging from his second stop in second, and having to pass Reynolds on-track to take the win.

The new championship leader also had two close calls on Saturday, twice following Jamie Whincup into pitlane as they battled for the lead.

On both occasions, McLaughlin was released just after Whincup and, despite his best efforts, the former was unable to scramble back into the fast lane before his rival arrived.

McLaughlin dismissed Saturday’s close-calls as “a bit of cat-and-mouse, getting used to the Red Bull thing”, but says Sunday’s issue must be scrutinised further.

“We need to look back at that because our plan was to drop in front of [Kelly] and use our pit position, but we’re still getting used to that position,” he said.

“I was a bit worried, I had to stop the car and everything, so it was a bit clumsy and we need to look over that during the week.

“I think we had enough pace that if we did short fill it a little bit, we probably could have just driven away a little bit and gained what we had lost, and they know that.

“It’s getting used to it and getting protocols in place, seeing what cars are coming. They do a great job of it, it’s just new being out the front.

“They’ll get used to it, but certainly it’s a big learning curve and I’m glad it happened this time of the year [rather than the end].”

McLaughlin leads the standings by 60 points over Reynolds after Phillip Island, having started the weekend equal with the Erebus driver and 11 behind Whincup.

Whincup is now 142 behind after a weekend that included a post-race penalty for a pit infringement on Saturday.