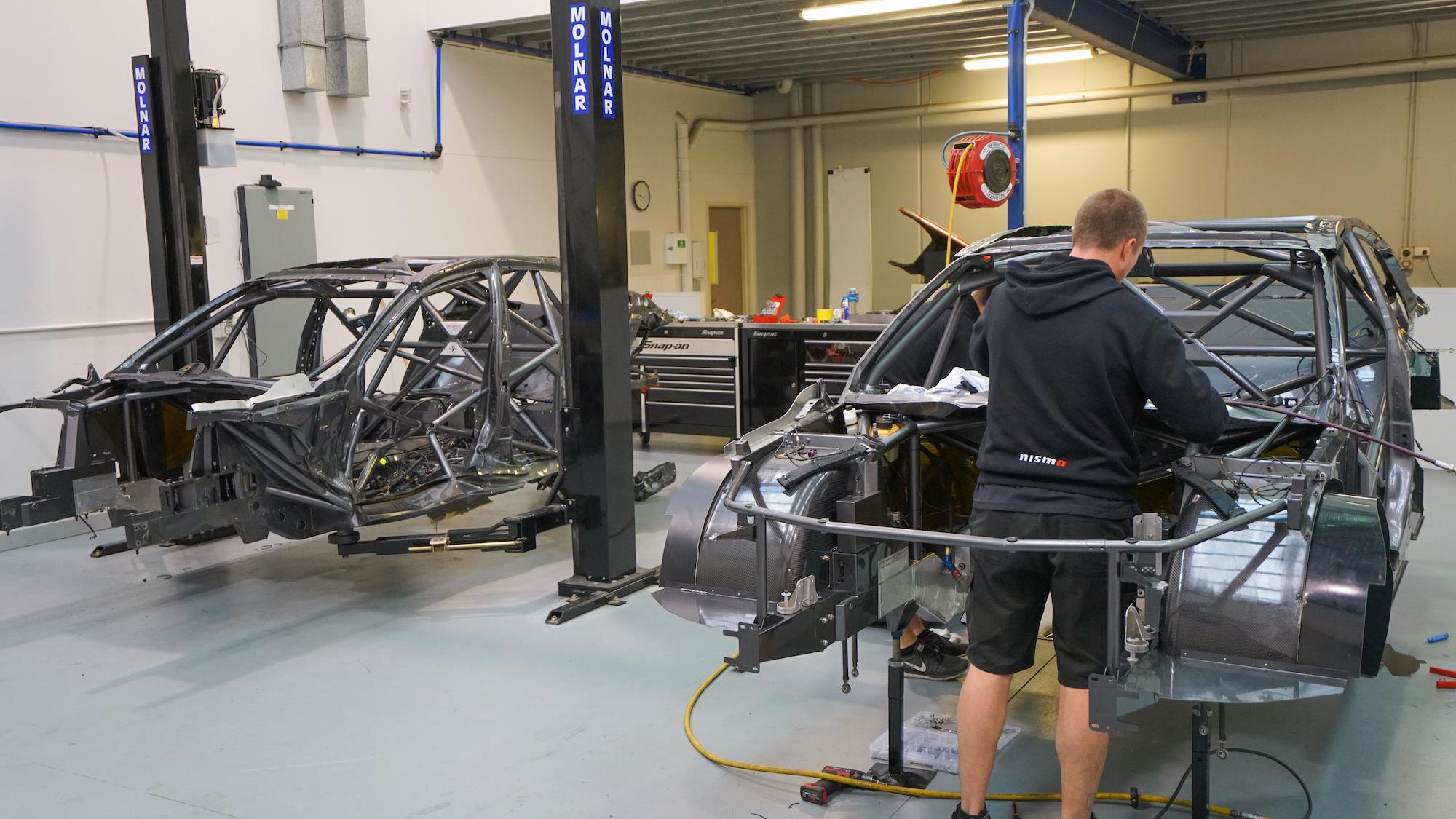 Nissan Motorsport has been forced to reshuffle its car build plans as it readies a spare chassis for Rick Kelly ahead of the WD-40 Phillip Island 500.

Kelly’s Altima was destroyed and he was injured during the 12-car pile-up in Saturday’s race at Tasmania, forcing the team to bring its spare car online sooner than anticipated.

Initially planned to be ready for Darwin, the spare car will be used by the 2006 champion until the mid-point of the year where it will be replaced by a brand new chassis.

The spare is then set to be handed down to Dunlop Super2 Series team Matt White Motorsport, fulfilling the deal to see Bryce Fullwood step up into an Altima.

That commitments will leave the four-car main series squad to build another spare in time for the Pirtek Enduro Cup.

Despite the added workload, team manager Scott Sinclair explained the accident has only forced a minor reshuffle for the team’s build plans.

“It’s not ideal. The way it’s played out has probably pushed us forward three or four months,” he told Supercars.com.

“We’re building up a spare we were hoping to have ready around Darwin. That was scheduled for then so we’ve pulled that forward.

“There’s another being built at the moment which we’ll probably debut for Rick at Townsville now.

“He’ll run this car until Townsville then we’ll put the new one online then. At that point we’ll have no spares.

“As soon as the Townsville one comes off, we’ll start another one which we need to have online or be available for around Sandown time.”

It has now been officially written off due to the extent of the damage sustained in the hit from Davison, which occurred in the left-side doors.

Sinclair added the expansion into Super2 with Matt White Motorsport has been a major undertaking for the squad in terms of allocating cars.

“We’ve gone from having four cars on the grid to having seven across the two championships,” he said, including the plan to have Fullwood in a Nissan by Townsville.

“That’s a big undertaking. That was the direction the business had to take in moving the stuff to the Super2 Series and Jack (Le Brocq) is having some good results and Shae (Davies) is quite competitive as well.”

Despite a promising start to 2017 topping the Sydney pre-season test and Rick Kelly’s pace at the Clipsal 500, Sinclair said the team is unhappy with its overall performance so far.

“We don’t have the speed we need at the moment,” he said.

“Tasmania has been a struggle in previous years, but we don’t want to make excuses.

“At the moment there’d be no one here satisfied with how it’s going.

“You don’t just lose it, but we’ve got to understand why we didn’t have it on the weekend.

“Phillip Island has been good to us in the past, but I don’t like talking about tracks like that.

“We need to go to every track and be competitive. That’s what the good teams do.

“We’ve got to understand why we’re not as competitive as we’d like.”