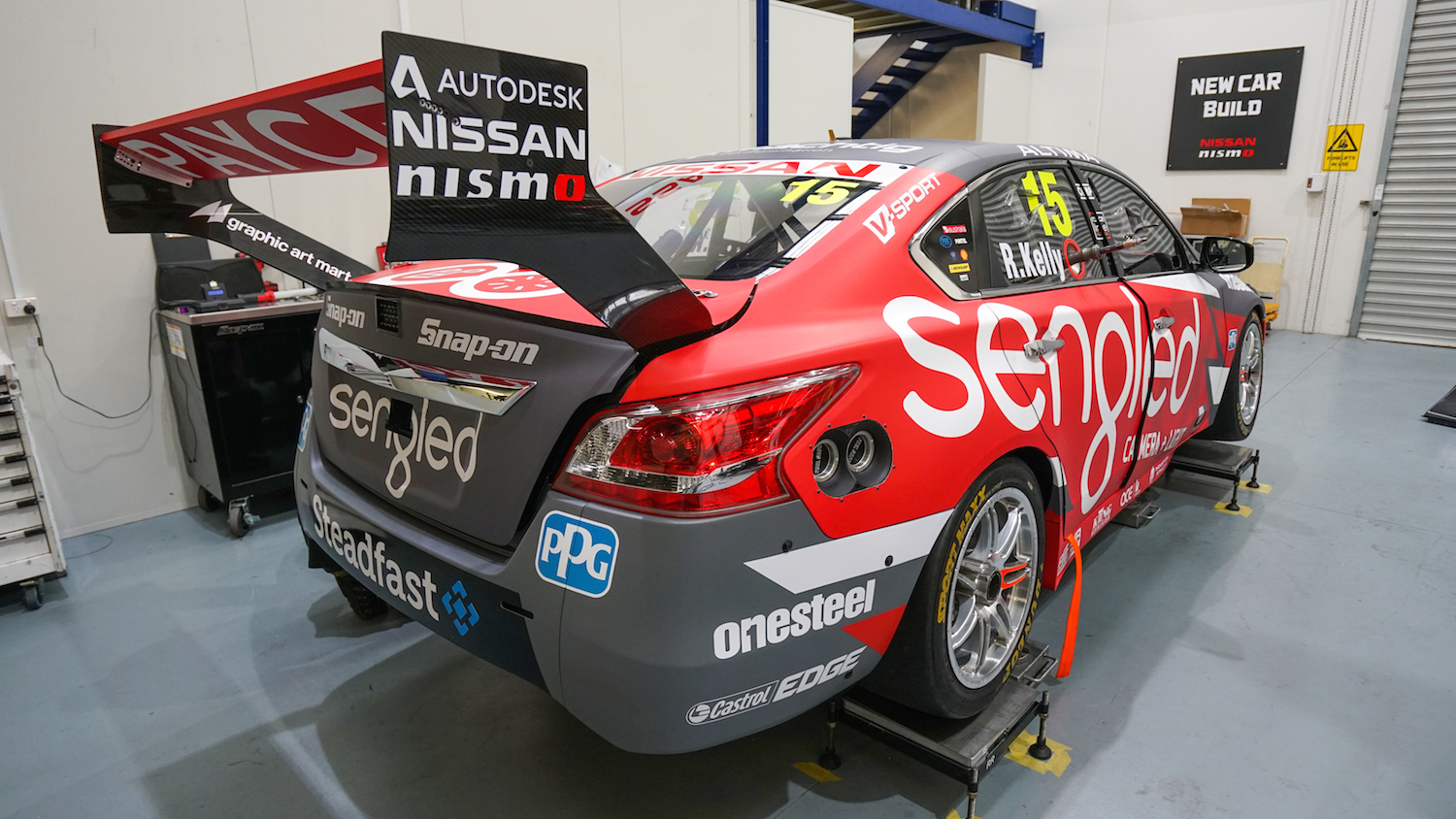 Rick Kelly will shakedown the eighth Nissan Altima built by the Nissan Motorsport team today ahead of its debut at the Watpac Townsville 400.

The Braeside squad expedited plans to build a new car for Kelly after the 2006 series champion was forced into spare chassis following the major crash on Saturday at the Tyrepower Tasmania SuperSprint in April.

After snaring pole position on Saturday at Hidden Valley, Kelly hopes to build on the performance after praising his team’s work ethic in building the new car.

“it’s been big effort from the guys to get this car on the track,” Kelly told Supercars.com.

“As a driver you enjoy debuting a new car. But from a team, mechanic or technician point of view you certainly enjoy working on a brand new car as well.

“They’ve done an incredible job over the last couple of weeks to get the car from metal in the fab shop to a ready to race car and I do appreciate all the effort to get it to this point. 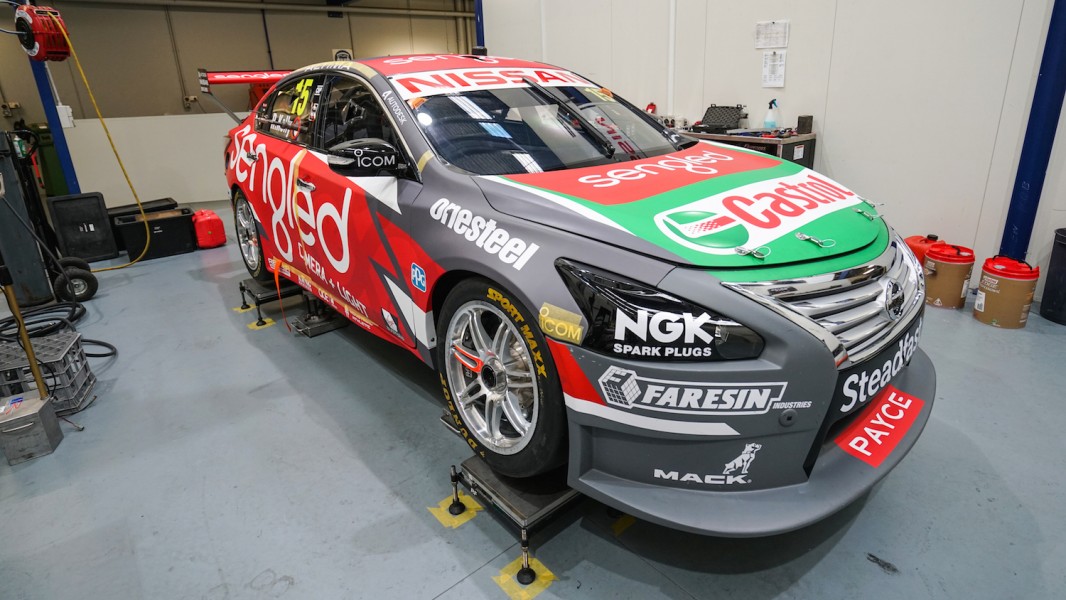 “It’s increased the workload for us, debuting this chassis at Townsville and having the shakedown. It’s still an on-flow from the accident at Tassie.

“If you said at Tassie what effect would this have on your team, it’s been one of many. There’s been rebuilding the spares and this is still a consequence of this incident.”

While the team also gave team-mate and brother Todd Kelly a new chassis for the start of the season, Kelly explained the team has taken a more conservative approach to rolling out new cars compared to its rivals.

“A lot of other teams roll out a new chassis for their drivers almost every year,” he added.

“It’s always a little nicer, a little bit tidier and lines up very well. It’s one of the true little pleasures of a driver’s job, rolling out in a nice new piece of equipment.

“It’s not important from a championship campaign point of view. I think all the chassis we’ve got are all the same and do a good job. 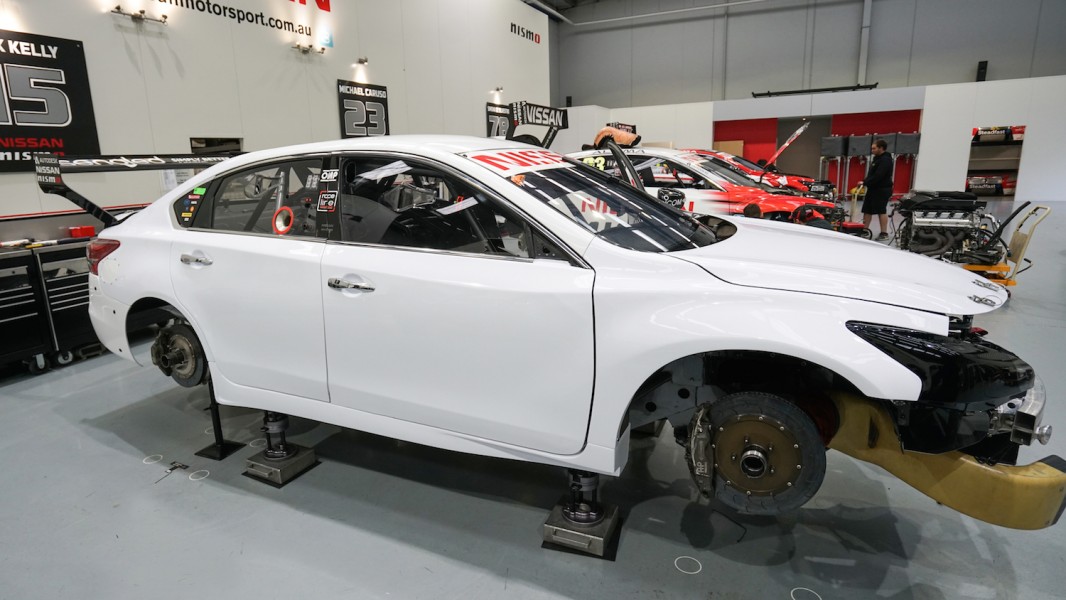 Kelly's previous chassis will be delivered to MWM

“There’s not a lot you can change in the rules with the Car of the Future chassis, it’s just refinement of the things that do fit within the rules, basically.

“I think we proved that over the weekend with the oldest chassis we’ve got here showing some great speed.”

The Northern-Territory born driver took part in a recent test of the chassis at Winton ahead of its handover.

“It’s fulfilling to see the cars in the series and a chance for us to take a positive step as a team and have cars in there and supply another team,” Kelly said.

“It’s been an ambition as a team for some time and Todd’s done a lot of work in the background to make it happen. It’s rewarding to see, that’s for sure.”