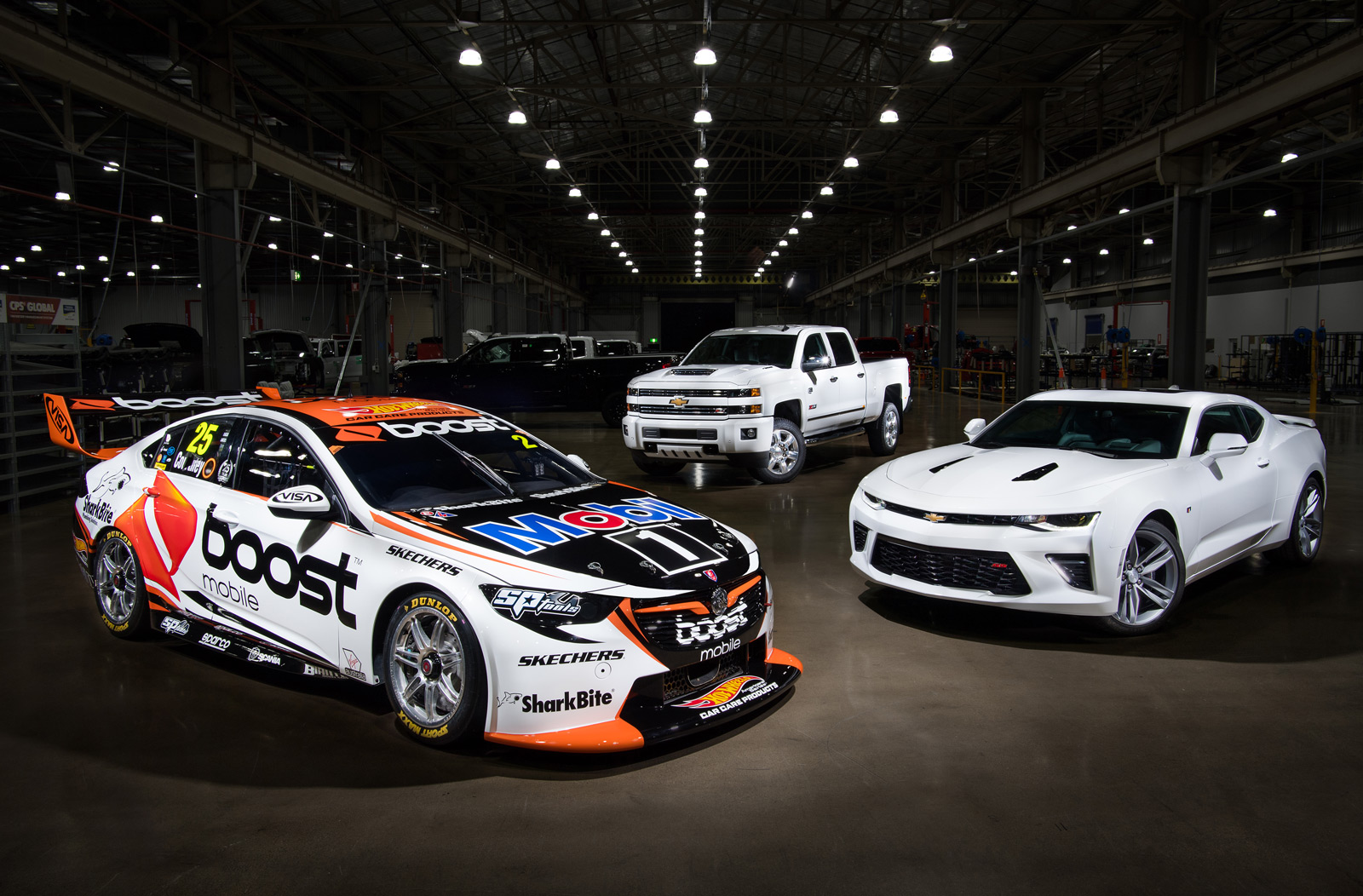 The Mobil 1 Boost Mobile Racing Holdens of Scott Pye and James Courtney will run a fresh new livery from this weekend’s Watpac Townsville 400.

In a shift from 2018’s black-and-orange scheme, the sides of the ZB Commodores take on a gloss-white base.

The fresh look will be carried through the Townsville, Queensland Raceway, Sydney Motorsport Park and Tailem Bend events.

The team revealed the revised livery via a photoshoot including the Chevrolet Camaro and Silverado road cars, which HSV is now importing and converting to right-hand-drive.

HSV is assessing the feasibility of introducing the Camaro to Supercars, with the category already set to welcome the two-door Ford Mustang in 2019.

“The new livery looks fantastic, it is sure to turn heads at Townville and beyond,” co-team principal Mathew Nilsson said.

“We’ve had extremely positive feedback on the car all year, so we didn’t want to stray too far away from what we achieved there, but it’s important for us to stay fresh and constantly evolve, and this is a wonderful way of doing it.

“We’ve had some great results at Townsville in the past, so we head in confident that the new colours will be seen at the front of the field.” 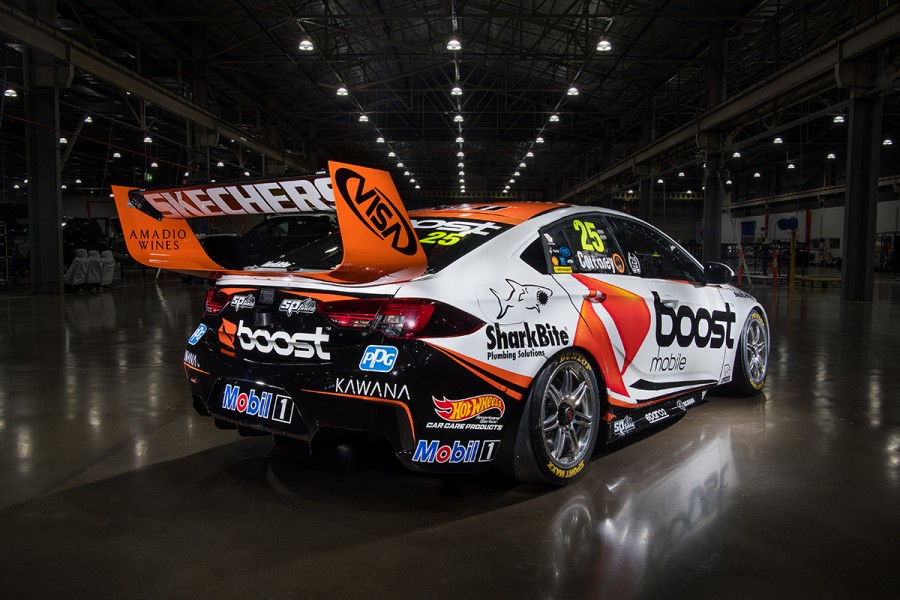 With new international partners Andretti Autosport and United Autosports, the outfit has been one of the big improvers this year, sitting third in the teams’ championship.

Albert Park race winner Pye and Courtney are sixth and 10th in the drivers’ points after 16 of the year’s 31 starts.

“Townsville is such an outstanding event and location with a really passionate crowd, so it’s great to arrive with a fresh new look for everyone to see,” Stewart said of the new livery.

“Not only does the car look incredible, but it showcases our amazing and loyal group of partners.

“It was also important to have a car that is a standout for the upcoming SuperNight race.

“You definitely won’t miss us under lights, that’s for sure.”