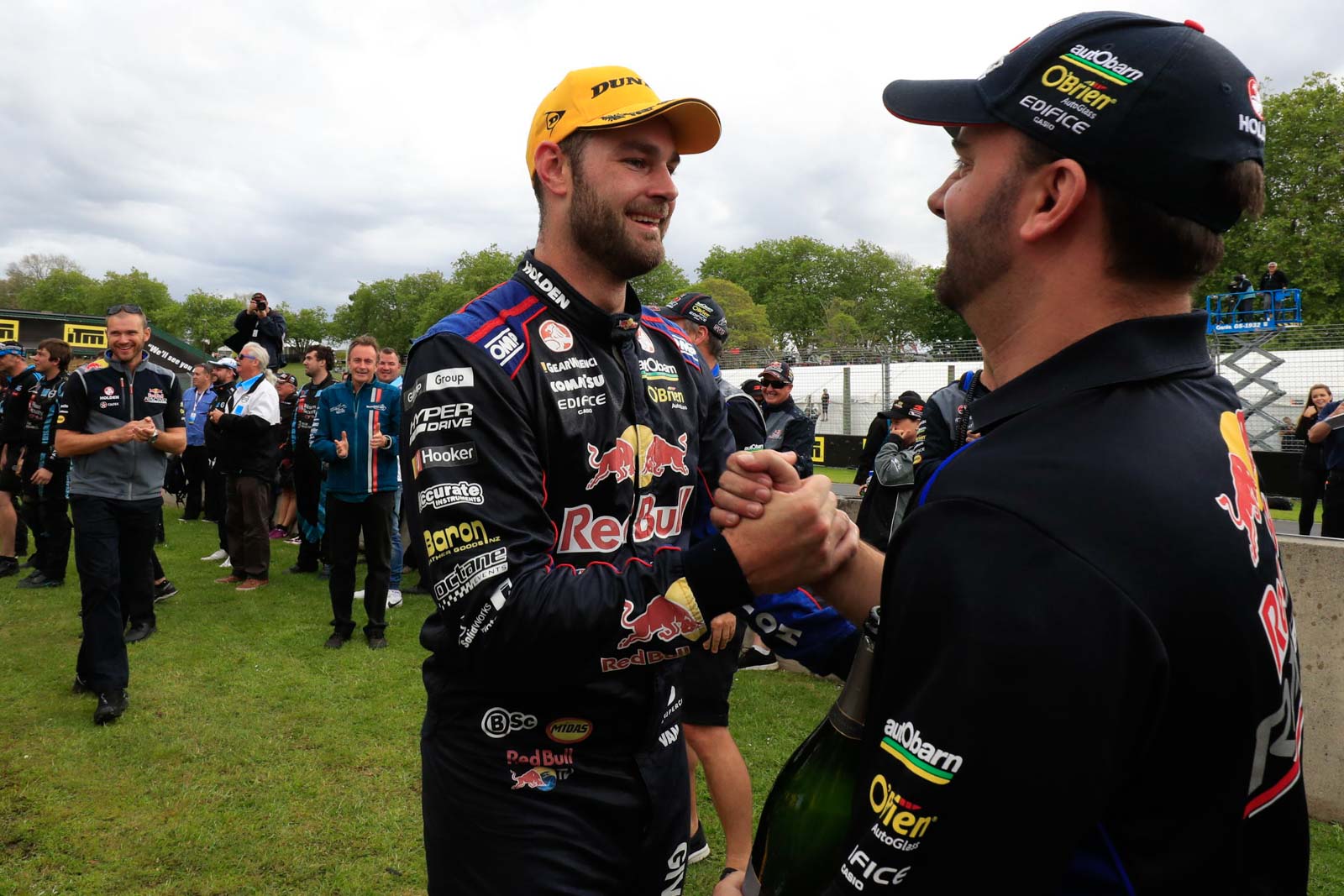 But he promises anyone who wants to take the championship from the New Zealander will be in for a huge battle.

McPherson says new construction Dunlop tyres teams won’t test until the new year means results at least in the early part of the 2017 VASC will be unpredictable.

“There are a lot of good teams, drivers and engineers out there and they will all be striving to find the sweet spot,” McPherson told supercars.com.

“The early races in the season such as the Clipsal 500 could be the most open in some years.”

As reported previously here, the championship will introduce new construction versions of both the soft and hard compound Dunlop 18-inch tyres in 2017, heralding the toughest technical challenge for teams since the introduction of the NewGen (Car of the Future) Supercars in 2017.

“We are going to hit the reset button with the new tyre,” McPherson said. “It’s going to feel like the start of CotF again.

“Things are going to get shaken up and we all need to go and relearn a new base set-up.

“If the tyre wasn’t changing we would keep chipping away at the car. But we are going to probably have to do some larger changes to suit this new tyre.

“That’s good, that’s what we want. We love a challenge.”

Even without the technical challenge of a new tyre the 2016 season also started in an unpredictable fashion, with 10 different winners in the first 12 races.

However, by the second half of the season RBRA had eked out a clear performance advantage over its rivals. Between them van Gisbergen and Whincup won 13 of the last 17 races, they finished 12 in the driver’s championship and sewed up the teams’ championship with two events to spare.

McPherson promised that he and the rest of the crew on van Gisbergen’s Commodore would redouble their efforts to retain the drivers’ championship in 2017.

“Shane is not going to stop at one championship,” said McPherson. “Neither am I and neither is this 97 crew. We are going to go and have a bit of relax and rest over Christmas and then we are going to fight hard next year.

“If they want to take that championship off us they are really going to have to fight hard.”

Van Gisbergen has already reaffirmed his determination come back stronger than ever in 2017 and identified Whincup as a key rival, something McPherson backed up.

“Jamie will be strong. Jamie will almost certainly at some point become a seven time [Supercars] champion. He is bloody good, there is no denying that.

But Shane (van Gisbergen), Cooky, Shady (mechanics Matt Cook and Scott Wilkinson) and I; we are going to do everything we can.”

After starting in the championship with Ford Performance Racing in 2007 and then shifting north to Triple Eight Race Engineering in 2015, McPherson has engineered Will Davison, Mark Winterbottom, Craig Lowndes and van Gisbergen.

He won his first Bathurst 1000 with Lowndes and Steven Richards in 2015 and his first championship this year.

The championship win didn’t come without dramas last weekend at Sydney Olympic Park. Van Gisbergen had to fight back from a pitlane drive-through penalty to finish third on Saturday at the Coates Hire Sydney 500 to ensure the title win. He backed up with victory in the second 250km race on Sunday.

“It was amazing to seal it up on Saturday and it was just such a big relief,” said McPherson. “Then to push hard on Sunday and get the win and see Homebush and 2016 off in style was very, very cool.

“I knew we had car speed and the chance of a safety car at Homebush was very, very high, so the plan was to dig deep and use the strength of the car and work hard.

“I didn’t expect to seal it [on Saturday],” he admitted. “We were on track for seventh or eighth but the safety car bunched everyone back up and that allowed Shane to push hard to the end with tyre advantage over all those guys.”

Off the track it’s also been a big few years for McPherson, marrying wife Stephanie, moving back to his Brisbane hometown and the arrival of their first child.

It’s been a pretty amazing last two or three years,” he laughed.