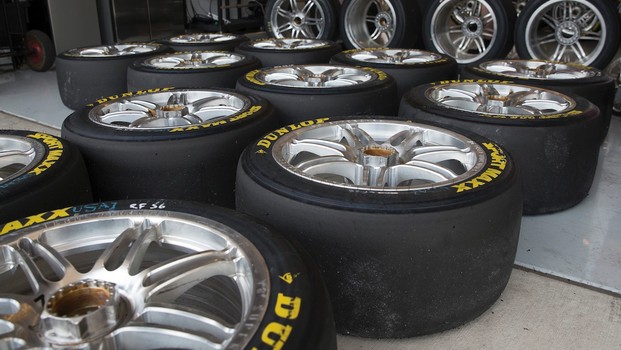 Supercars teams will face perhaps their biggest technical challenge since the arrival of NewGen racing cars with the introduction of new construction Dunlop control tyres for the 2017 season.

Both soft and hard tread compound versions of the new construction 18-inch tyre will be used by the Virgin Australia Supercars Championship.

They will be employed in racing formats expected to remain fundamentally the same as established in 2016, across SuperSprint, SuperStreet and Pirtek Enduro Cup structures.

“The tyre is the thing that holds the car to the road and when you design a race car you need to know the tyre you are going to use and then you design the car’s suspension kinematics around the tyre.

“We have been on these tyres for a long time and the cars have evolved over that period.

“We have gone from a live rear axle to an independent rear-end and all of that, the tyre has remained unchanged [apart from the change from 17- to 18-inch diameter with the introduction of NewGen in 2013].”

While testing of the new tyres has already been undertaken this year, Stuart said more would be needed to fully understand the performance the two tyres would deliver compared to the current tyres.

“Supercars will be doing some further testing prior to the delivery of the tyres to the teams and the teams will get those results,” he explained.

“I don’t expect the characteristic of the tyre will be too much different, I don’t think it will wear out faster or last any longer.

“What it will do is provide a different feeling for the drivers and the engineers and I would imagine the car would be a little faster on this new tyre both hard and soft.”

“So therefore it should provide more grip and we have seen from predominantly using the soft tyre this year that more grip has really helped the racing.”

DJR Team Penske managing director Ryan Story enthused the tyre change was the most exciting development since the switch to the ‘car of the future’ chassis for the 2013 season.

“The tyre change is something we’re really excited about,” Story told supercars.com.

“From what we understand, it’s the same compounds but a much different construction that leads to a slightly larger contact patch. The objective of any engineer is to ensure we’re getting the most out of the only part of the car that’s actually on the road surface, so it’s pretty important.”

Six-time champion Jamie Whincup was at the forefront of the testing at Queensland Raceway, while Mark Winterbottom was earmarked for a Victorian test at Phillip Island, though the latter was rained out. Supercars felt there was adequate information from the earlier testing and feedback to push on with the revised constructions.

“It presents an opportunity for us because it’s probably the biggest change that has been introduced in the car of the future era.”

DJR Team Penske has implemented an unusual testing strategy this year, having saved its final of three days to use last week with just one round remaining. While others like Winterbottom have said it’s difficult to develop without running on the new tyre, Story felt it was best to assess new bits with variables they do understand.

“The tyre is a very exciting change but before you race anything that’s new and unknown you want to see what it does going lap after lap around a race track,” Story said.