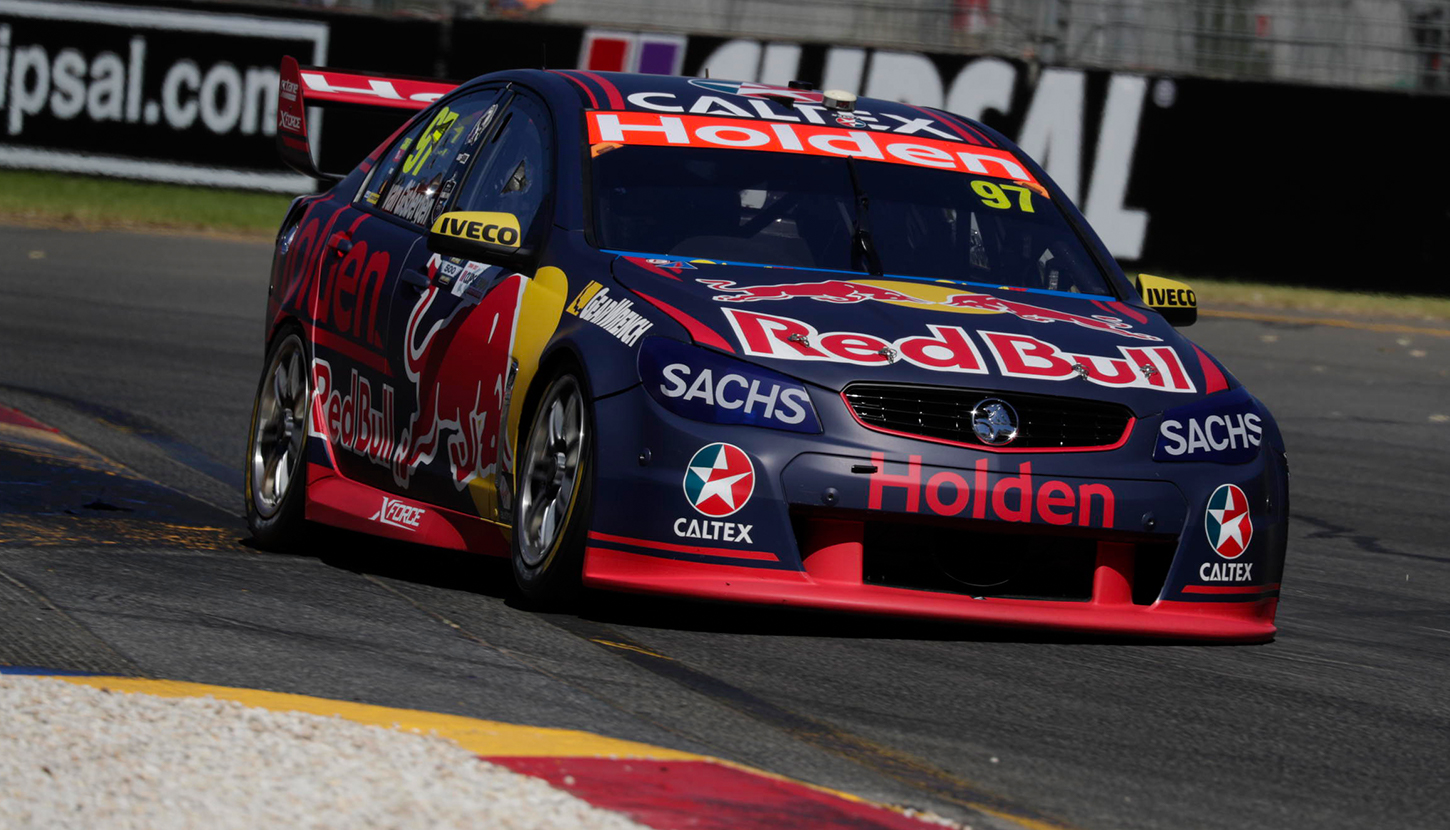 Dunlop changed the construction of its tyre for 2017 and after a single test day and first race meeting, the Kiwi says the finer points of the rubber will still take teams some rounds to learn.

Despite high temperatures and no super soft tyres being allocated for the event, the new Dunlops still allowed Scott McLaughlin to better last year's Adelaide lap record by 0.6s.

“They’re really on the edge of the operating window at the moment,” explained van Gisbergen of the rubber.

“It’s something we’ll get better at, but at the moment, I found if you’re behind someone for a number of laps, you lose all grip.

“I found when you’re following cars, especially when you catch a slow car, it costs you so much time and the tyres overheat.”

Despite the drivers not noticing a great difference in the feel of the car, the change has made them faster.

“If you didn’t tell me you’d put the tyre on and said a spring has changed, that’s the feeling it gives you. It’s nothing too different,” he added.

“It just feels like the car reacts a little differently. The grip level is higher.

“This is the harder tyre and it sets the quickest time, so that’s impressive.

“It’s weird, and maybe the super softs will be different or other tracks.

"(But) I think it’s definitely a step forward driving-wise or tyre-wise.”

“There’s obviously a massive challenge to get the speed out of the car, but we were quite confident to get that.

“When we go to a higher degradation place, that will be the real challenge to understand what you can get out of them.

“They are different, that’s for sure... not only the handling and the wear rates, but the temperature profile.

“All this kind of this stuff that will keep teams on their toes for sure.”