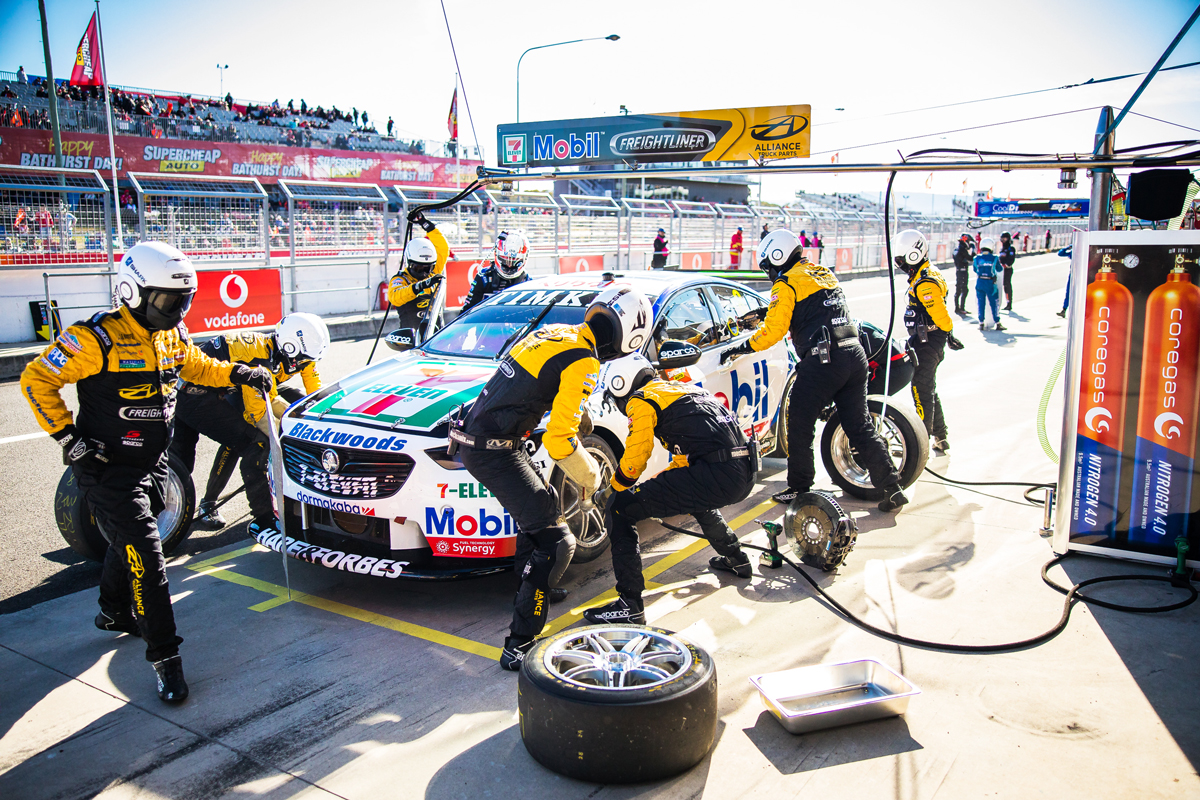 The competition finals are held annually on the Friday night of the Supercheap Auto Bathurst 1000 but wet weather last week forced the 2019 deciders to be postponed.

The semi-finals and grand final will now take place this Thursday afternoon to kick-off the Vodafone Gold Coast 600, forming part of the Supercars Trackside broadcast.

BJR are the only team to have made the sudden death play-offs in all three editions of the challenge since it launched in 2017.

Two years ago, their #14 Freightliner Racing Commodore was eliminated in the semis, with Shell V-Power Racing going on to clinch the title.

The second season saw the BJR and Shell crews battle it out in a tight final; the latter winning but agreeing to split the cheque with Jones.

Third time around, the Albury squad has a double chance at the $20,000 winner’s cheque and Golden Rattle Gun trophy, with Nick Percat’s #8 and Tim Slade’s #14 both in the semis.

“Everyone at BJR takes this competition very seriously and after last year’s results, coming away with a tie left us with unfinished business,” Jones said.

“We are determined to win the PIRTEK Pit Stop Challenge Golden Rattle Gun this year.

“We’re a close team and every member works together to deliver their best performance.

“In sudden death finals like this it can become a lottery, but we are as well prepared as we can be.”

The #14 will go head-to-head with the Red Bull Holden Racing Team’s #888 in the first semi at 3:45pm Thursday local time, before Percat’s top-seeded car faces the #55 Supercheap Auto Racing Mustang at 4:20pm.

The winners will proceed to a 4:55pm grand final.

Practice for the Vodafone Gold Coast 600 begins on Friday, ahead of two 300km races across the weekend.