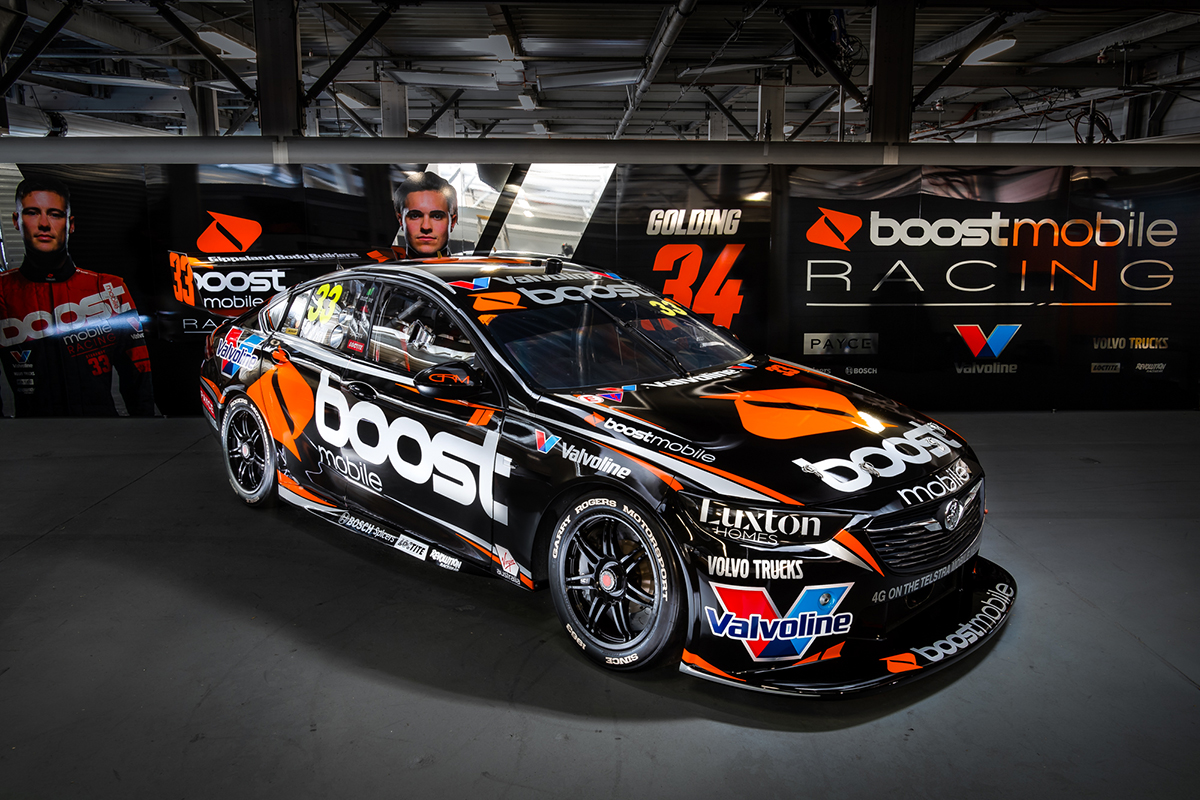 The Boost Mobile liveries Garry Rogers Motorsport's Commodores will carry in 2019 have been launched on the eve of the Superloop Adelaide 500.

Before the start of practice on Thursday, a black, orange and silver livery was released in pitlane in Adelaide.

"At GRM we have all embraced this and are delighted in how our Volvo Globetrotter B-Double and our 2019 #33 and #34 Supercars are presented.

"It has been 10 years since we ran a predominantly black car and that certainly brought the team some good fortune, with Michael Caruso winning at Hidden Valley in 2009."

US-based Boost Mobile founder Peter Adderton was on hand to witness the launch of the Commodores running under the new banner.

The telco operates with a youth focus, which is set to run through GRM's presentation in the 2019 season.

"The team at GRM and Boost have done a great job and I believe Boost Mobile Racing from transporter to cars to the pitbay we will be one of the best-looking teams out there, which truly represent the Boost brand," Adderton said.

"Looking ahead the season for us is going to be a crawl, walk, run approach we have a new team, we are working with a new driver combination.

"Richie is coming into a new team and new car so we have to set our expectations to be real expectations, we have for sure taken a different path for the team. 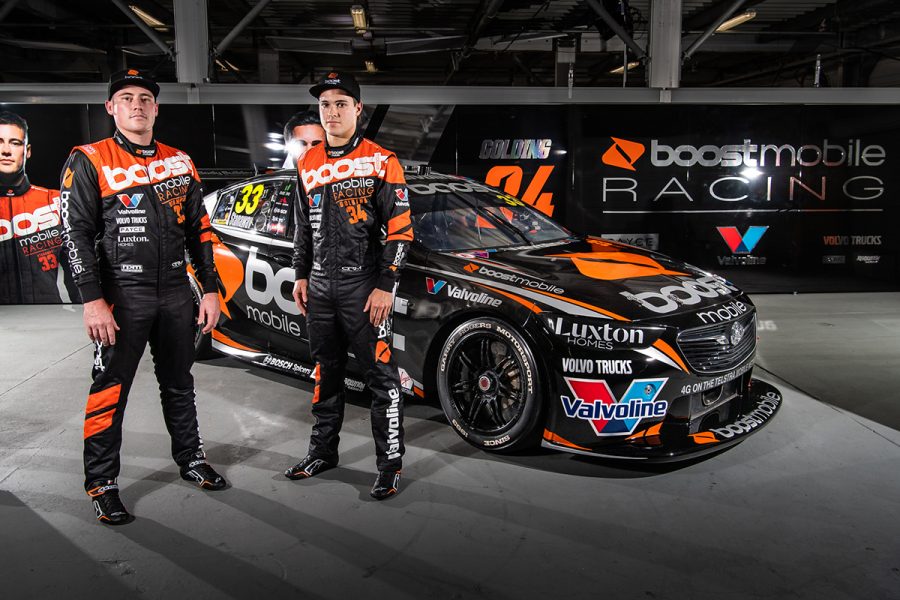 "I am highly confident in both GRM and our drivers; after spending some time with them in the USA training with Chad Reed and MotoGP riders Jack Miller and German Marcel Schrotter I got to know them both and they are committed to give it their all.

"Now this year will be extremely competitive so we will just have to wait and see I guess... but it’s going to be interesting."

Golding and Stanaway, both Supercars rookies in 2018, were 12th and 21st fastest in the Phillip Island pre-season test.

They spent that day running an interim livery, with the full release completing the set of 2019 Supercars liveries.