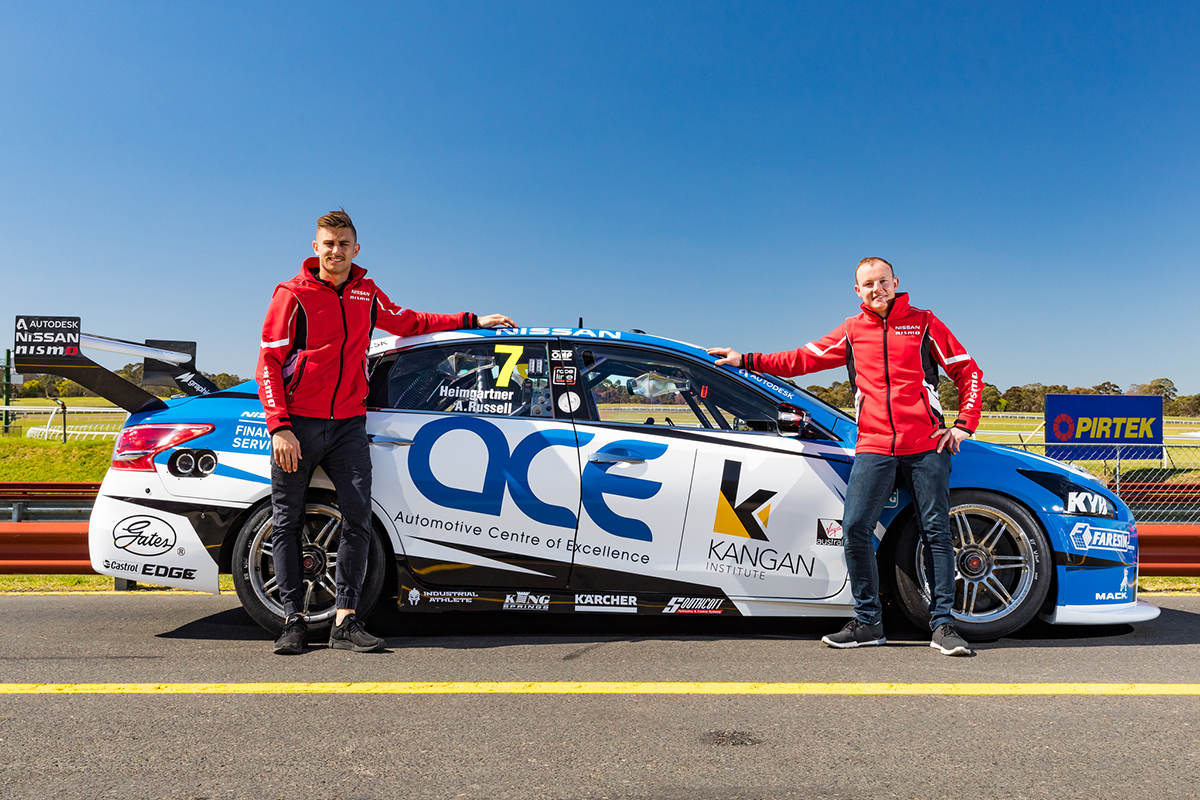 The Nissan Motorsport Altima of Andre Heimgartner and Aaren Russell will run with the Kangan Institute's Automotive Centre of Excellence as its major sponsor at Sandown.

Heimgartner and Russell are teaming up for a second PIRTEK Enduro Cup together, having been partners in 2016 at Lucas Dumbrell Motorsport.

Based in Melbourne and the largest automotive facility in the southern hemisphere, ACE replaces Plus Fitness on the side of the #7 Altima for the RABBLE.club Sandown 500.

It is an extension of the team's relationship with ACE, which places students with the Supercars outfit as part of their training.

"We work primarily with students from the Motorsport course where every student has the opportunity to work within a leading Supercar team.

"This ultimately fast-tracks their careers and prepares them to play a vital role within our sport.

“We are proud to represent Kangan Institute’s Automotive Centre of Excellence as a primary partner at Sandown to showcase the outstanding opportunities that present themselves for anyone considering a career across motorsport or automotive trades.”

In his first year with the four-car Nissan squad, Heimgartner is 19th in the Supercars standings, while Russell is also contesting his maiden Enduro Cup in an Altima.

Nissan is running a pair of retro liveries this weekend at Sandown, on its Rick Kelly/Garry Jacobson and Simona De Silvestro/Alex Rullo entries.

"Our partnership with Nissan Motorsport has given our students a unique opportunity to gain work experience and employment within an incredible team.

"This gives us the opportunity to show the world our connection to the team both behind the scenes and out in front.”