‘Never give up’: The Island miracle amid tyre blowout drama 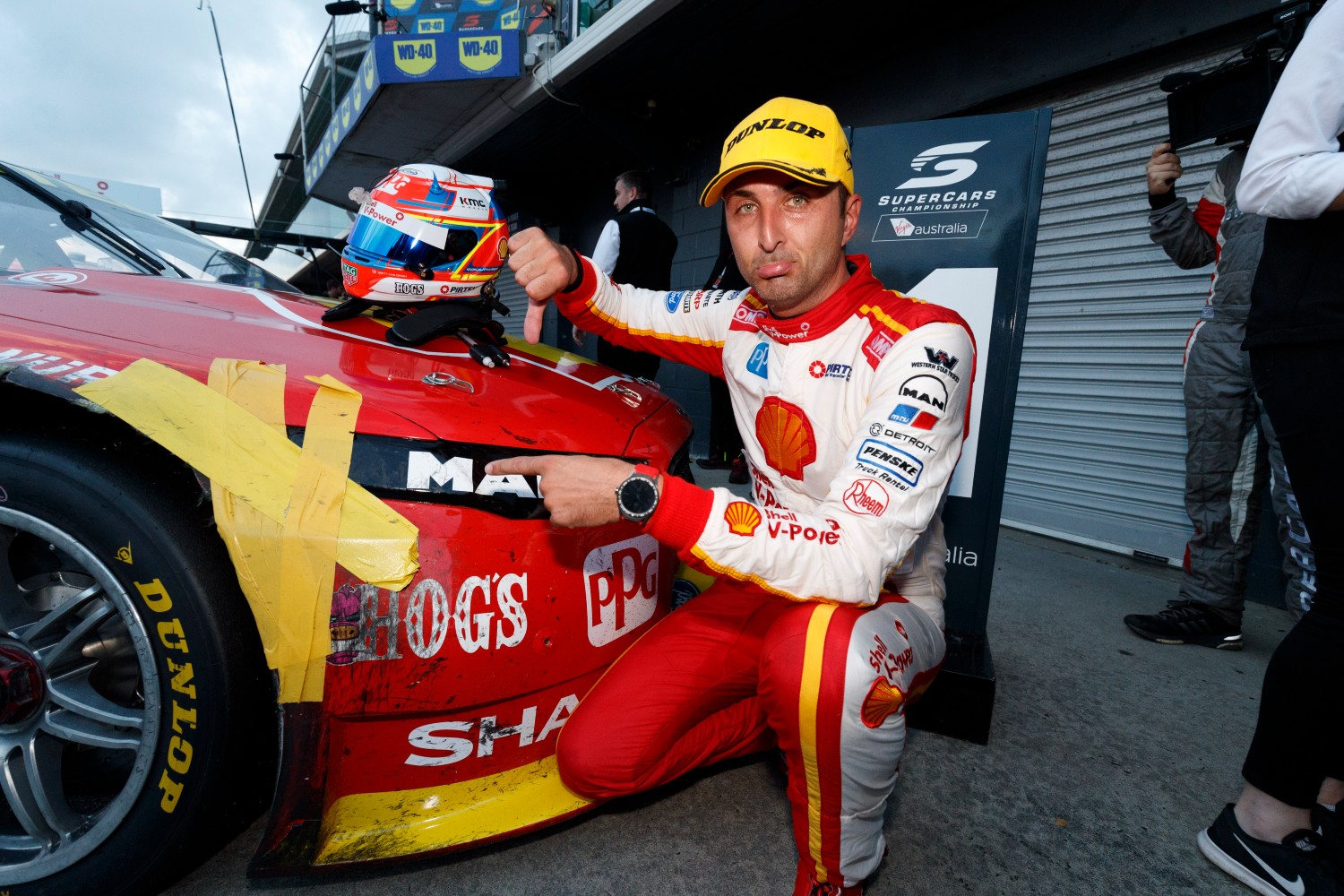 Of its 62 championship races, Phillip Island’s Saturday epic in 2017 provided remarkable drama and an unlikely winner.

On paper, victors Fabian Coulthard and the Shell V-Power Racing Team were a proven package of winners.

However, Coulthard’s victory came amid a chaotic race headlined by a series of tyre failures and penalties, with the Kiwi suffering a blowout of his own.

It was an extraordinary race of attrition punctuated by three Safety Car periods, with approximately 17 tyre failures taking place.

Coulthard crossed the finish line in second behind Craig Lowndes, who dropped to 13th after he had a 15 second time penalty applied for a pit lane infringement.

Lowndes’ weekend began with a major accident following a suspected tyre failed at the high-speed Hayshed part of the circuit.

Scott McLaughlin claimed pole for the 250km race, but teammate Coulthard led the early stages having won the race to the first corner.

On Lap 19, through the quick Turn 1, Coulthard became the first of the outright contenders to have a tyre let go.

With his rivals having pitted, Coulthard was forced to the lane, his race win hopes seemingly dashed.

McLaughlin led from Mark Winterbottom and Shane van Gisbergen, but debris was strewn all over the circuit following a number of other failures.

On lap 23, the Safety Car was called for the first time, and van Gisbergen and Winterbottom opted to take their second stops as McLaughlin and Jamie Whincup stayed out. 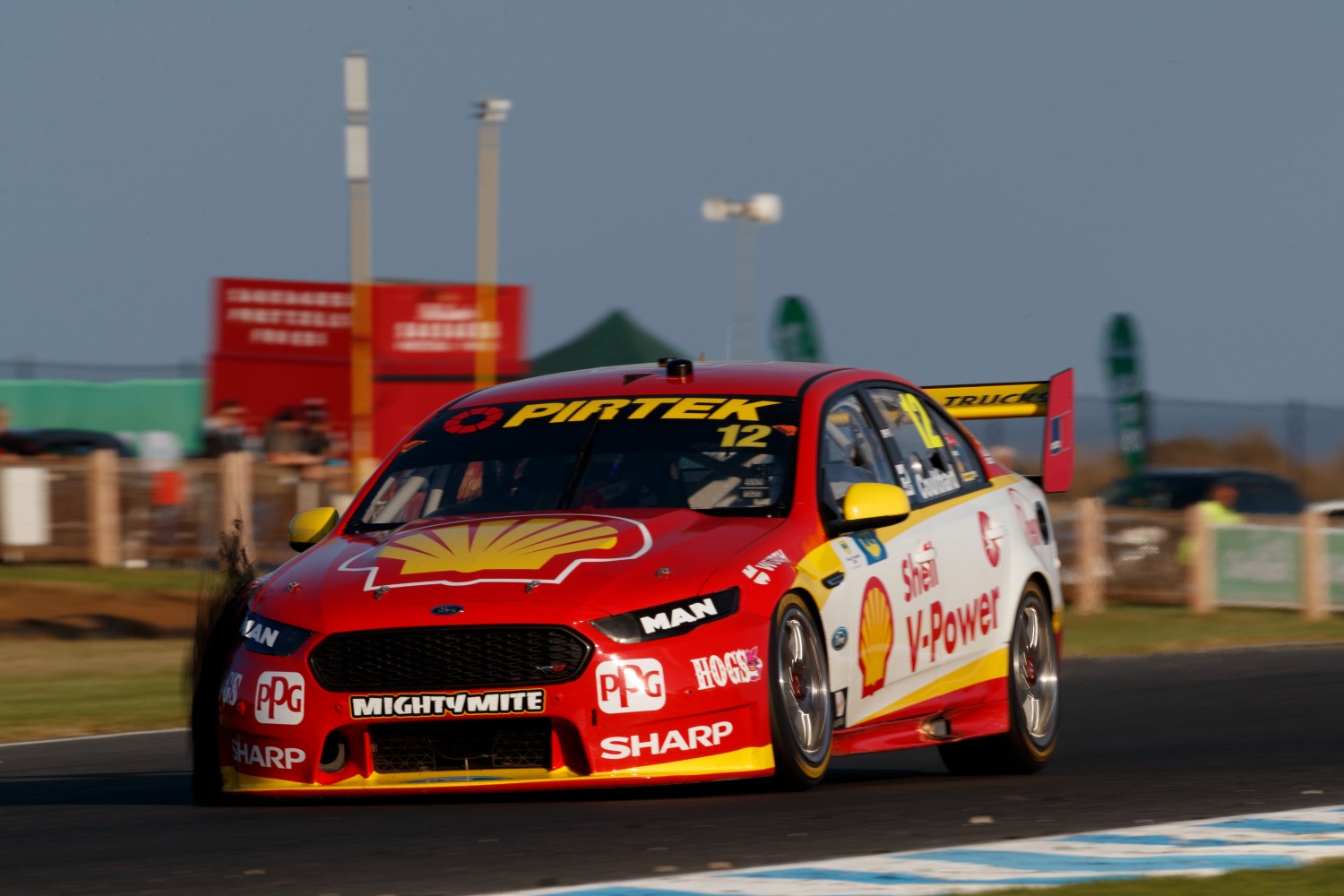 From there, tensions escalated when McLaughlin, Winterbottom and van Gisbergen were hit with 15-second penalties for crossing the fast lane line on his way into the pits.

Winterbottom and van Gisbergen took their penalties at their stops immediately, while McLaughlin carried on before pitting on lap 40.

However, as he pitted during the second Safety Car period, McLaughlin couldn’t serve his penalty, and was forced to pit again after the restart.

When the race restarted on lap 43, Garth Tander found himself in the lead of the race, having satisfied the fuel drop.

Behind him was Coulthard, who regained the lead at Honda on lap 45. Lowndes followed him through and took the lead on lap 47, but wasn’t a factor due to his own penalty. 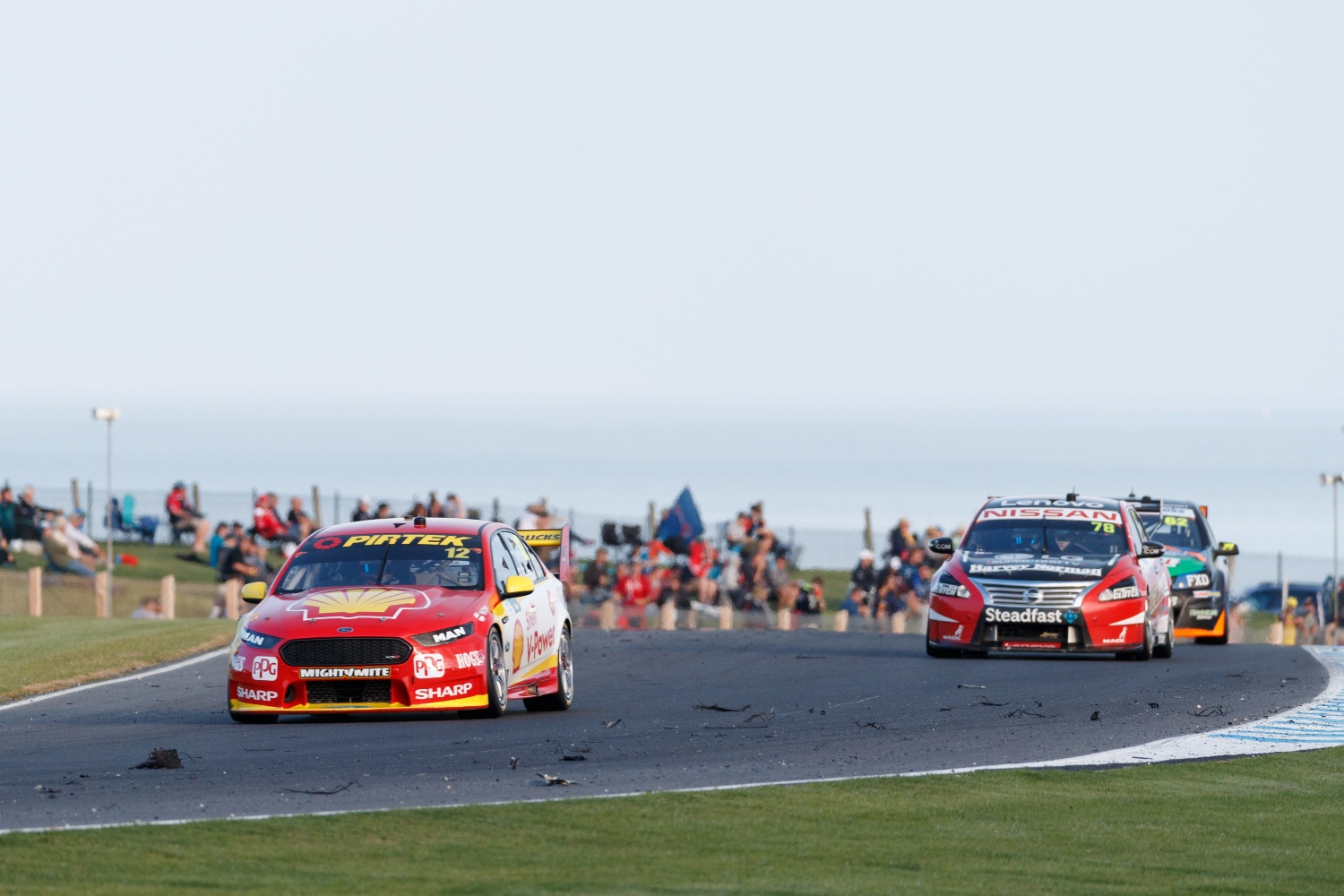 Tyre debris strewn across the track triggered the Safety Car/em>

The Safety Car was deployed for a third time following a lap 49 incident between Nick Percat and Alex Rullo, with the former suffering his second tyre failure of the day.

With the race neutralised followed by a sprint from the final corner to the flag, Coulthard emerged the winner ahead of Whincup and Tander.

With a patched-up Falcon, Coulthard had pulled off a win for the ages, his first at Phillip Island.

"If I am honest, no, not really,” said Coulthard when asked if he thought a win was on the cards following his failure. 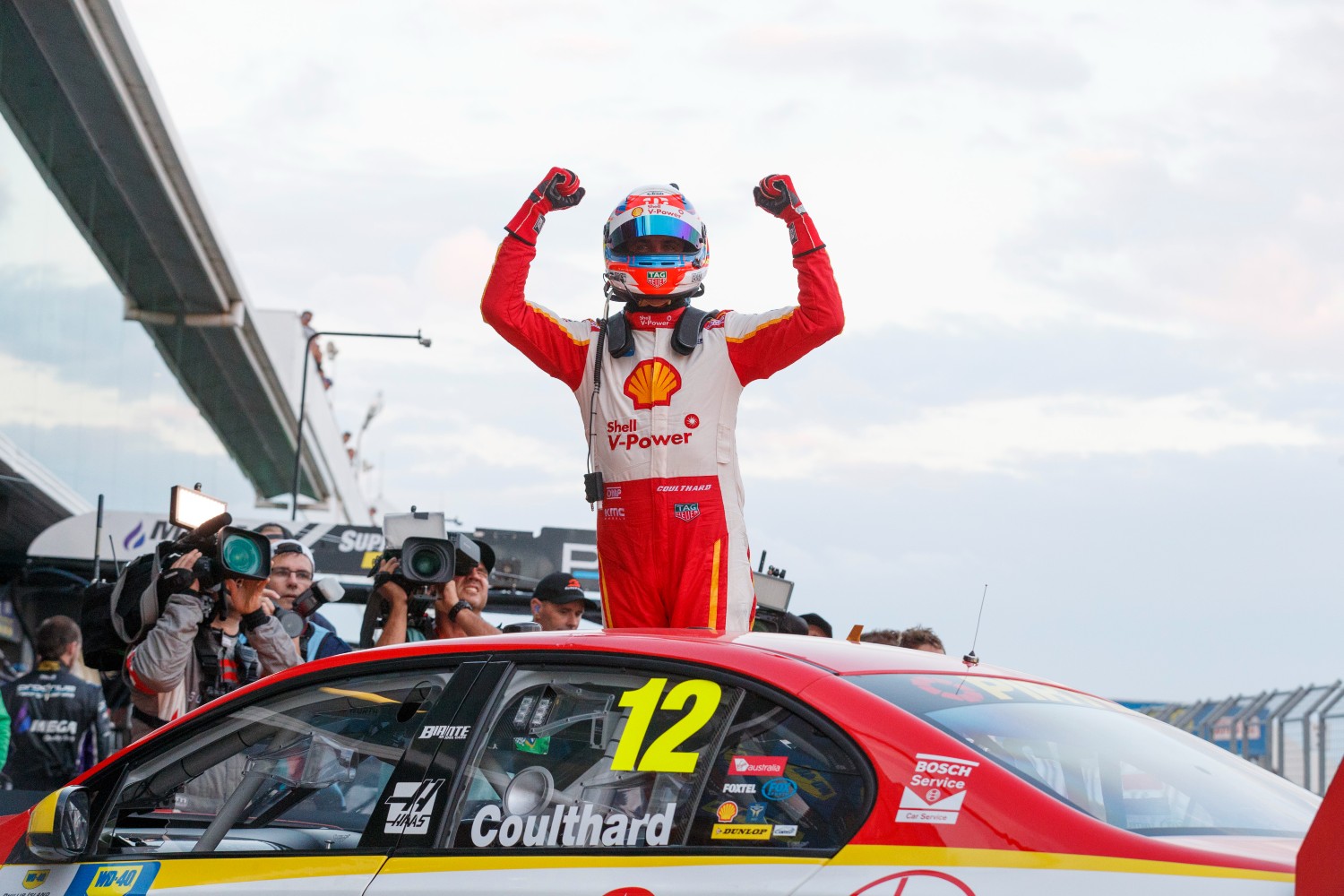 "We had a quick car, and the people we had to manage ourselves against were Scotty behind me and Frosty.

"I didn’t think for a second we would make it back to first, I thought maybe the podium was in reach.”

After the race, Supercars and Dunlop undertook a full analysis after the spate of tyre failures at the high-speed circuit.

The majority of failures in the race were right-rears, with higher speeds from the new tyres producing record lap times and extra stress on the rubber.

It was also deduced that aggressive set-ups, outside of Dunlop’s preferred parameters, used by teams contributed to the problem.

The special measures put in place limited the failures to five in the following day’s race.

It mattered little to Coulthard, who claimed the series lead with the stunning comeback victory.

"We went through our fair share of misfortune, but we had a good car, we had a fast car,” he said.

"It’s a never give up attitude. We just carried on, we made sure we dotted the Is, crossed the Ts, and we got the job done.”

Ticketing information for the Bunnings Trade Phillip Island SuperSprint will be available over coming days.