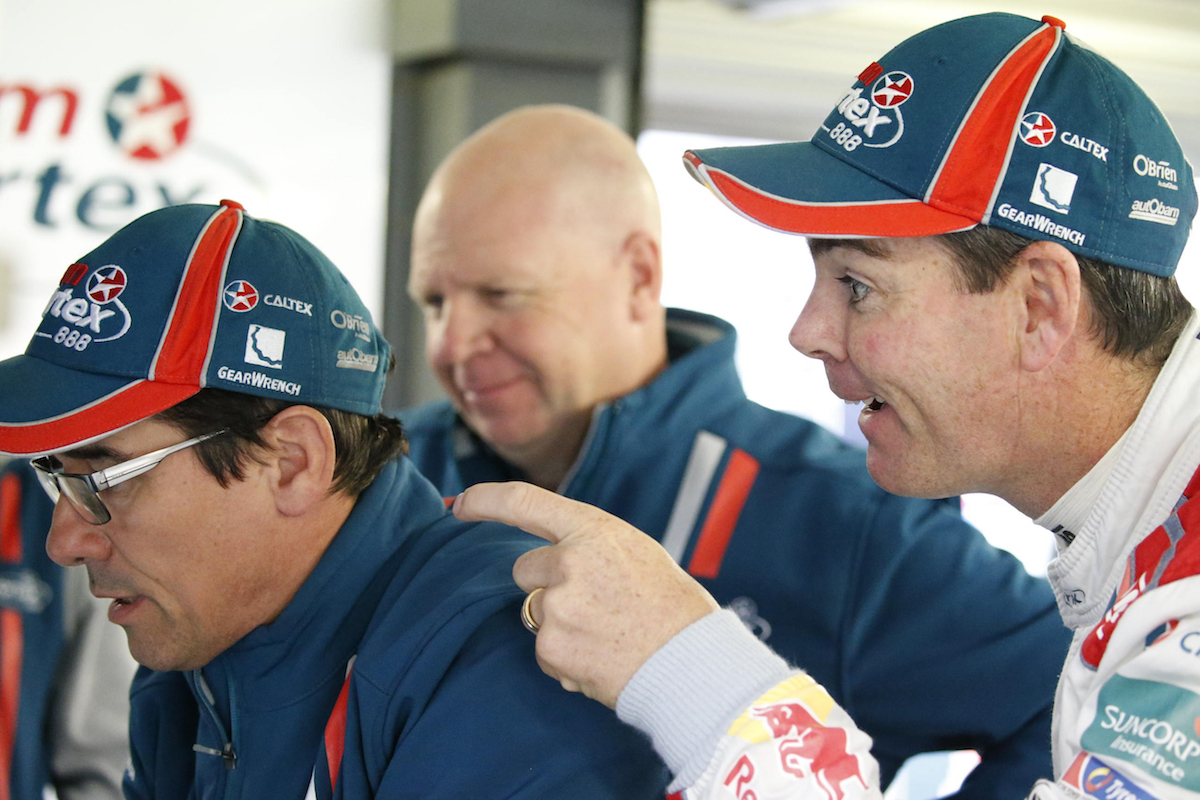 The Frenchman, who is also the technical director of Triple Eight Race Engineering, is renowned for his original and innovating thinking.

And nowhere does that more apply than at Bathurst.

“I think every time you talk to Ludo about Bathurst he rubs his hands and has a smile,” Lowndes told supercars.com.au.

“You actually never know what he has up his sleeves but he is dead keen on obviously making a fast car up there.”

The last time Lacroix engineered an entry at Bathurst was in 2013 when he ran the Xbox wildcard for Mattias Ekstrom and Andy Priaulx.

Lacroix trimmed the Commodore for speed on Mount Panorama’s long straights rather than high-grip-handling across the top of the mountain and it very nearly paid off as the car twice led the race in the latter laps.

But a vibration produced by a flat spotted tyre forced an extra stop and an eventual 10th place finish.

Lowndes was so impressed by the wildcard’s performance at Bathurst that year he asked for the engine for the next race. Turned out it was the one he’d used at the Sandown 500 the race before!

Lowndes thinks Lacroix, who dabbled with the same set-up with the Red Bull Commodore at Bathurst in 2015, will be thinking along the same lines this year for the car he will share with Steven Richards.

“All year we have had consistently one of the fastest of the three [Triple Eight] cars in a straight line the way Ludo looks at it and does things.

“Of course Bathurst is the ultimate, if we can make a fast car in a straight-line, which he has done in the past, especially with that Xbox car, then we are in with a good showing.

“I have seen it throughout the year. Ludo is very fussy about the way he puts the car together and I think that’s where it comes from.”

After finishing eighth in the Wilson Security Sandown 500 last month after a troubled run that included qualifying dramas and raceday offs for both drivers, Lowndes knows he needs a strong result to maintain his drivers’ championship challenge.

He is third in the title chase, 150 points behind Shane van Gisbergen and 150 behind his Red Bull team-mate Jamie Whincup.

But after Sandown Lowndes is predicting there will be some interlopers challenging the three Triple Eight cars.

“I think the normal culprits,” Lowndes said. “You can’t take out Prodrive; Dean Canto (co-driver with defending Supercars champion Mark Winterbottom) did a great job till he made one mistake and got caught in the tyres.

“Up until then they had come from the back of the grid and were running the top three. So they looked like they were very competitive so you can’t discount them for Bathurst.

“HRT have shown again that on the big stage they can put it together … because they did just that at Sandown.”

Lowndes also predicted a strong performance from the youthful Prodrive line-up of Cameron Waters and Jack Le Brocq in the Prodrive Monster Falcon.

“They were quick at Sandown until they had some dramas,” he said.