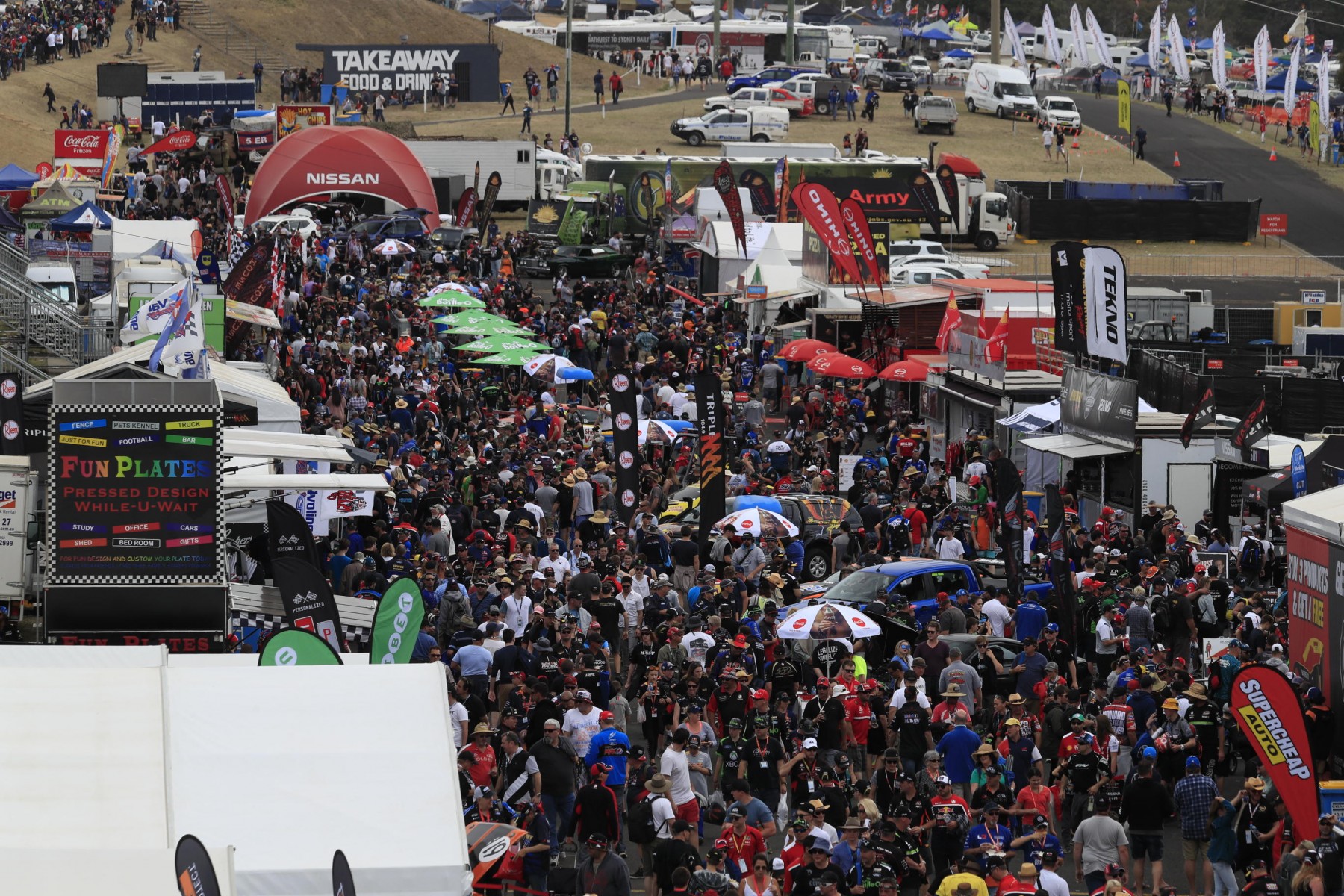 That makes it the second largest in the history of the Great Race, only behind the 207,205 that attended the 50th anniversary event in 2012.

“It is the biggest event in New South Wales and one of the largest in the country every year.

“And later this year we will finish our season with our very first race in Newcastle which will be massive.”

Bathurst greats were honoured over the course of the event, before the construction of a Legend’s Lane in time for the 2018 race.

A group of the legends were also reunited with machinery from their careers for a special parade lap on Sunday morning.

That was led by Moffat and Bond in their 1977 Falcons, reenacting that year’s iconic one-two finish for Ford, with Supercars driver James Moffat joining his father as a passenger for the lap.