Tickford Racing's Monster-backed entry of Cameron Waters turned a 1:30.7265s after the chequered flag came out to pip Fabian Coulthard by just 0.0118 seconds.

Behind halfway-mark pacesetter David Reynolds in fourth, 23Red Racing's Will Davison – whose entry is run by Tickford – made it four Mustangs in the top five.

All six Mustangs were in the top 10 on the timesheets, with defending champion Scott McLaughlin eighth.

Penrite Racing's Reynolds was fastest at the halfway mark, but his team's afternoon ended early due to issues with Phillip Island's noise restrictions. 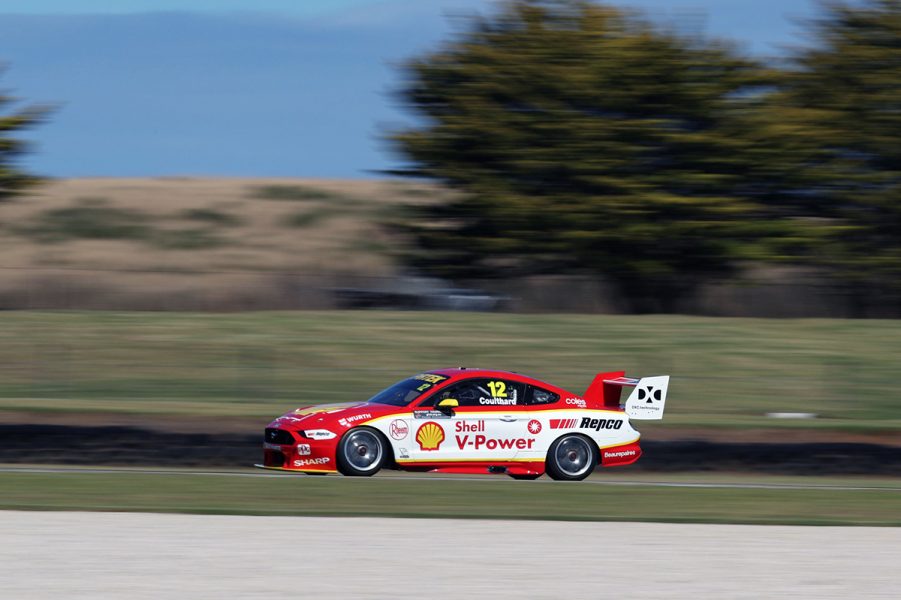 Coulthard was a scant 0.0556s ahead when the red flag was shown to clean the track for the second time shortly afterwards.

Changes in the order were otherwise minimal well into the closing stages, Coulthard the afternoon's only mover in the top 16 with 10 minutes left.

Gains finally came, as Coulthard improved to a 1:30.7383s to go two tenths clear as Davison leapt from 23rd to third.

Coulthard led another late improver, Mostert, when the flag came out, only for Waters to turn his 1:30.7265s.

In the last 10 minutes, Waters went from 16th to seventh and then finally to the top.

Behind Reynolds and Davison, Scott Pye, De Pasquale, McLaughlin and James Courtney filled fifth through to ninth, with efforts set much earlier in the day.

Lee Holdsworth spent much of his maiden outing with Tickford Racing down the order but found time late to round out the top 10 in his Bottle-O Mustang. 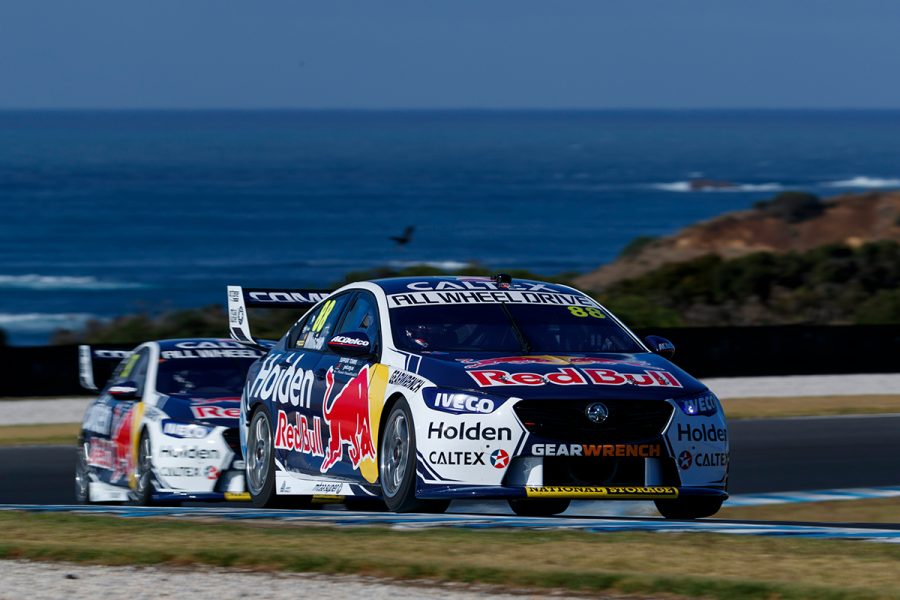 Rick Kelly was the best of the Kelly Racing Nissans in 13th, ahead of van Gisbergen, whose best lap came on the 15th of his 89 for the day.

Van Gisbergen wound up 0.6607s off the pace, with Whincup a further four tenths and five places adrift.

A host of co-drivers turned laps during the day, including Garth Tander getting his first taste of van Gisbergen's Commodore in the final hour.

The 2019 Virgin Australia Supercars Championship starts with the Superloop Adelaide 500 on February 28-March 3.