Chaz Mostert has signalled his intentions to be a thorn in Scott McLaughlin’s side once again as the Mustang dominance continued in Sunday practice at the OTR SuperSprint.

Fords filled the top six slots in Practice 4, with Mostert leaping to the top of the timesheet with a minute to go after McLaughlin had appeared set to take a sweep of the four practice sessions.

Tickford Racing veteran Will Davison was the early pacesetter before Andre Heimgartner posted the quickest time.

The #7 Nissan would not stay long atop the leaderboard, with McLaughlin flexing his muscles with 17 minutes remaining with a 1:47.9509s – almost seven tenths quicker than anyone at that stage.

It seemed the defending champ would be the only threat to that time, lowering the benchmark to 1:47.8492s, only for Mostert to then go one better. 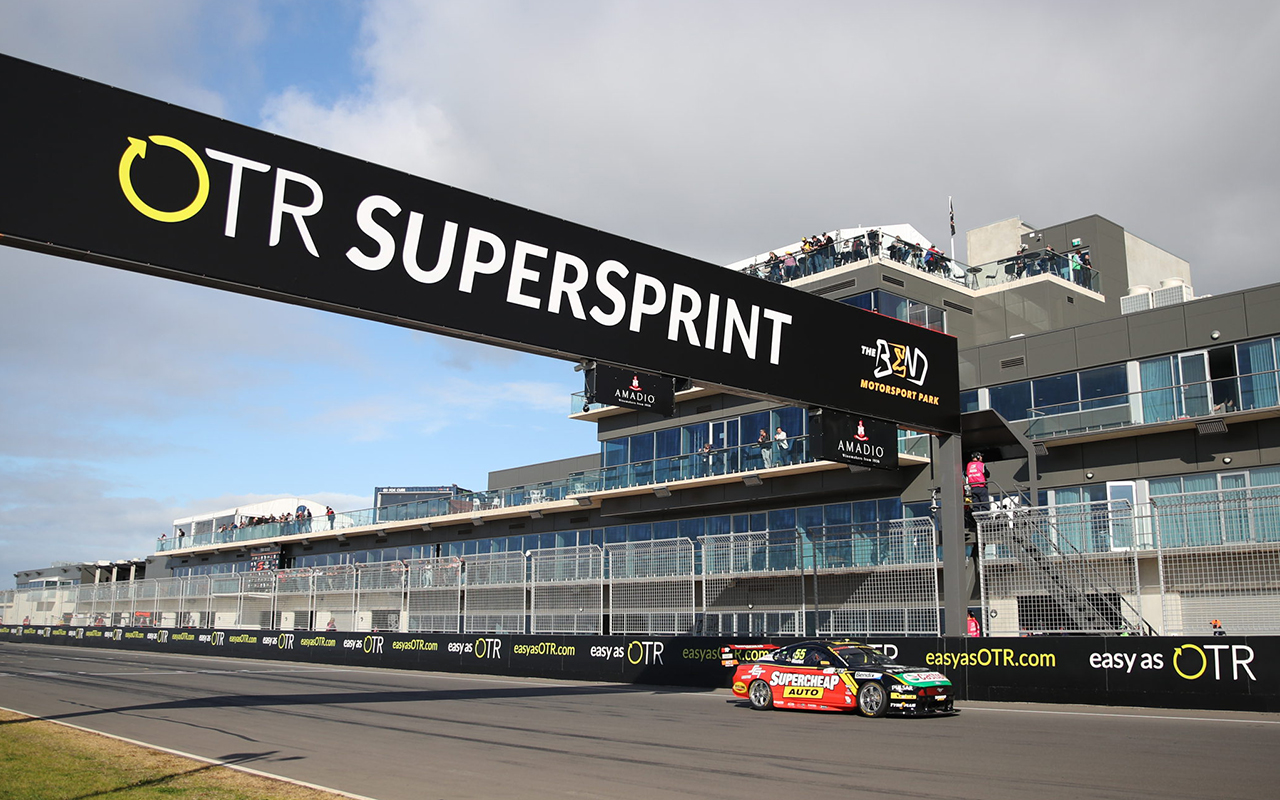 “The car feels a bit better than yesterday. It was good to make a few changes and tidy the car up,” Mostert said.

“I was pretty happy with the time, but I think old mate next door might have a little bit more for us, so we’ve got to improve some more.”

Behind the leading duo from Saturday’s race, Lee Holdsworth put his Bottle-O Mustang third, ahead of Cam Waters, Fabian Coulthard and Davison.

Heimgartner and Simona De Silvestro made it two Nissans in the top 10, earning free passes into the second phase of qualifying later this morning, which comes with the benefit of being guaranteed a top 16 grid slot.

For De Silvestro, it follows her career-best qualifying of 13th yesterday before being an innocent victim in a lap one melee that put her out of the race.

“We did a few changes to the car, I’m not quite sure it fits the best so we have to look at it, but I’m really happy,” she said.

“The team did an amazing job to get the car back in one piece. When I rolled out it was going straight, so I was happy about that!”

The Penrite Racing duo of David Reynolds and Anton De Pasquale were the sole Holden representatives in the 10 as the Red Bull Holden Racing Team’s struggles continued.

Jamie Whincup (13th) and Shane van Gisbergen (24th) will be among the 16 lowest-ranked drivers from Practice 4 forced to battle it out in Q1 for six spots to progress in qualifying.

“We had a big gain yesterday but haven’t really found a gain today at all unfortunately,” said Whincup.

“I’m not sure what to say. It’s more of a fundamental rather than 10 Newtons of spring or a couple of clicks on the bar, it’s something more major than that. I think we’ll go hunting.

“If I was the only car out there I’d say I nailed that lap and the car was pretty good.

“But you come in and everyone is a second faster. We just don’t have the overall grip.”

Van Gisbergen was one of many to have off-track excursions during the session, along with Scott Pye, Tim Slade and Coulthard.

James Courtney was 21st, having encountered a transaxle issue that limited his track time.