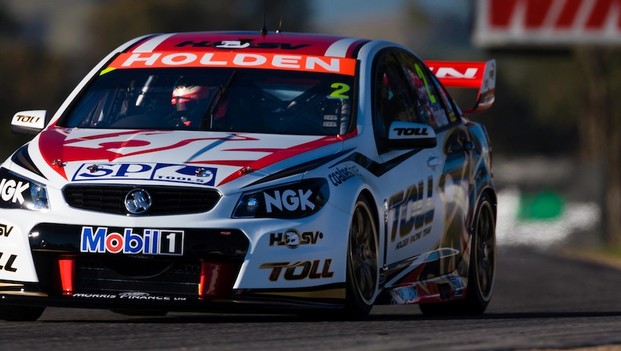 There’s been plenty of talk about four-timeBathurst winner Greg Murphy getting back behind the wheel of a V8 Supercar forthe Endurance Cup later this year, and on Tuesday ‘Murph’ had his first testwith the Holden Racing Team.

While he had the opportunity to drive bothCommodores, Murphy said he had little track time and didn’t find muchdifference in the setups of Garth Tander and James Courtney’s cars.

At this stage it is not confirmed whetherMurphy will race in 2 or 22 for the three endurance races.

“I didn’t get a huge amount of miles, butthat’s alright,” the New Zealander said.

“The team had a lot to get throughyesterday… hopefully doing the work that’s going to get their performance towhere they should be.

“But it was a good chance to get in andfeel what it was all about.”

However, Murphy felt there wasn’t much to say about Car of the Future.

“There’s not a lot of difference to lastyear’s car, or, the previous incarnation of the V8,” he said.

“It wasn’t a big difference at all, as towhat I hoped it to be.”

Murphy described the test as just anotherday but knew wracking up the miles was important to being up the pointy end ofthe field when it counted.

“It’s part of making sure you’recompetitive, being in the cars as much as possible. Like any co-driver in therole, you want to get as many miles as you possibly can.”

The first time to see Murphy on-track in aHolden Commodore will be at the Sucrogen Townsville 400, where co-drivers are able toparticipate in Friday Practice. There will also be time allowed for co-drivers at the following two events, the Coates Hire Ipswich 360 at Queensland Raceway and the Winton 360. The three endurance races follow.

04/06/2013
Stay In The Know
Sign up to the Virgin Australia Supercars Championship Newsletter
This website uses cookies to improve your user experience. By continuing, you will be providing your consent to our use of cookies.Ok