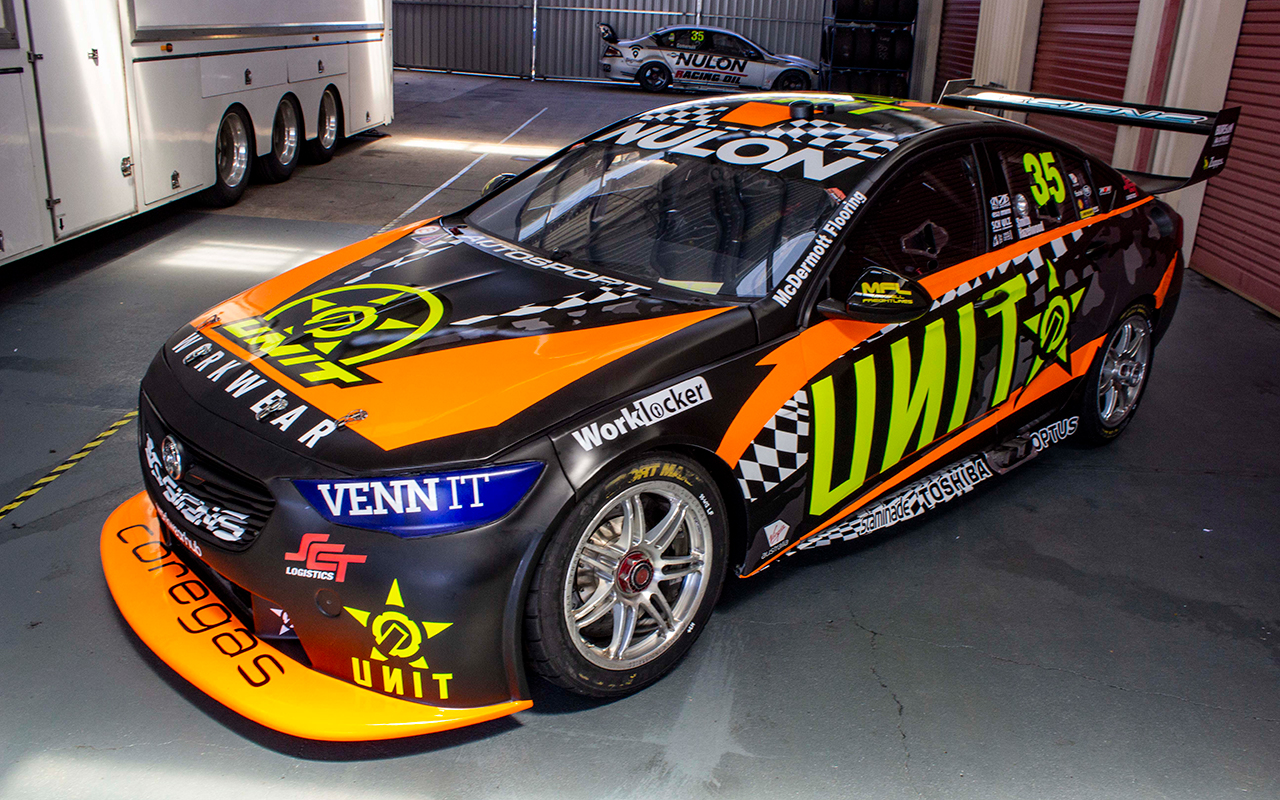 The single-car Holden squad has been hard at work since Bathurst, repairing damage from Todd Hazelwood’s high-speed crash.

Hazelwood is teamed with 20-year-old Jack Smith for the PIRTEK Enduro Cup, with the latter making his co-driving debut. 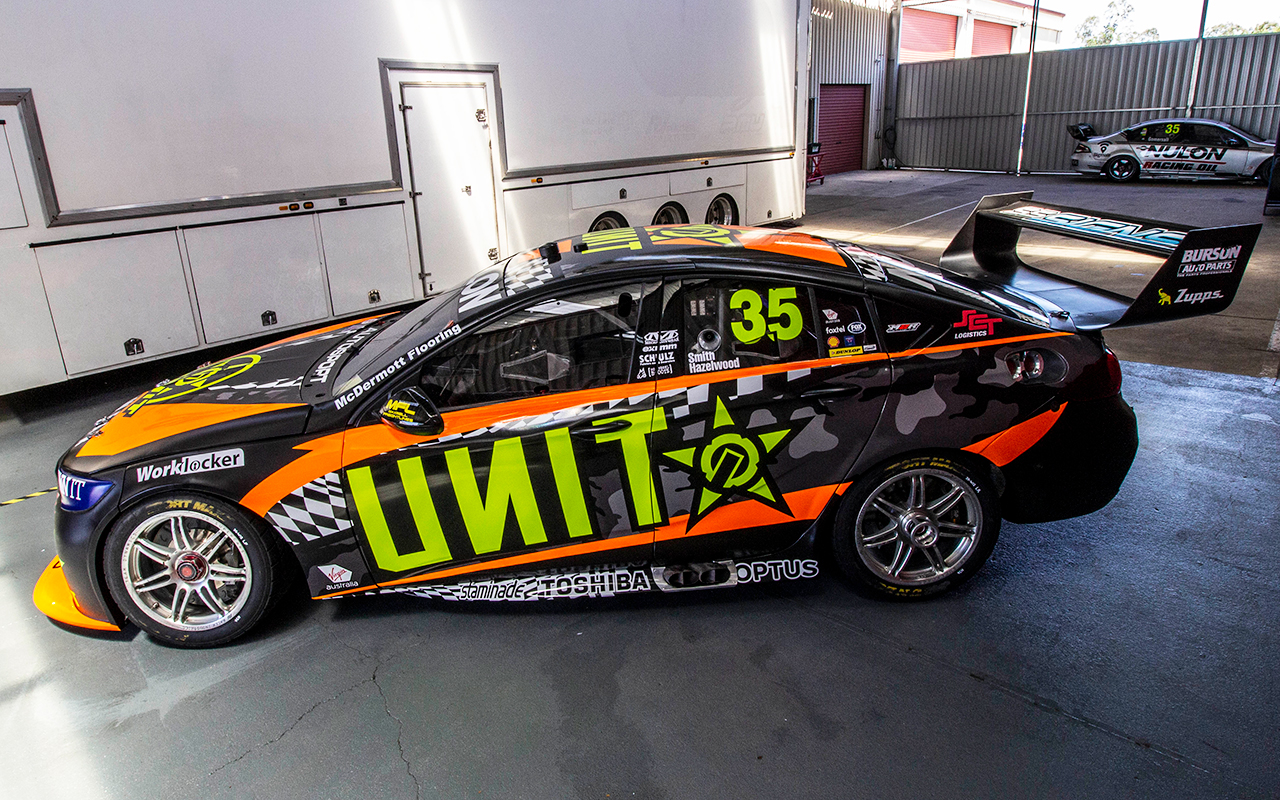 UNIT was among the brands to cycle through primary sponsorship space on the silver MSR entry earlier in the season and returns with its own livery.

The company's marketing manager Toby Lynch says the design is intended to stand out from the pack.

“As a Gold Coast-based born and built brand it makes sense for UNIT to join MSR as naming rights sponsor for this weekend’s event, our home race on the Supercars calendar,” he said. 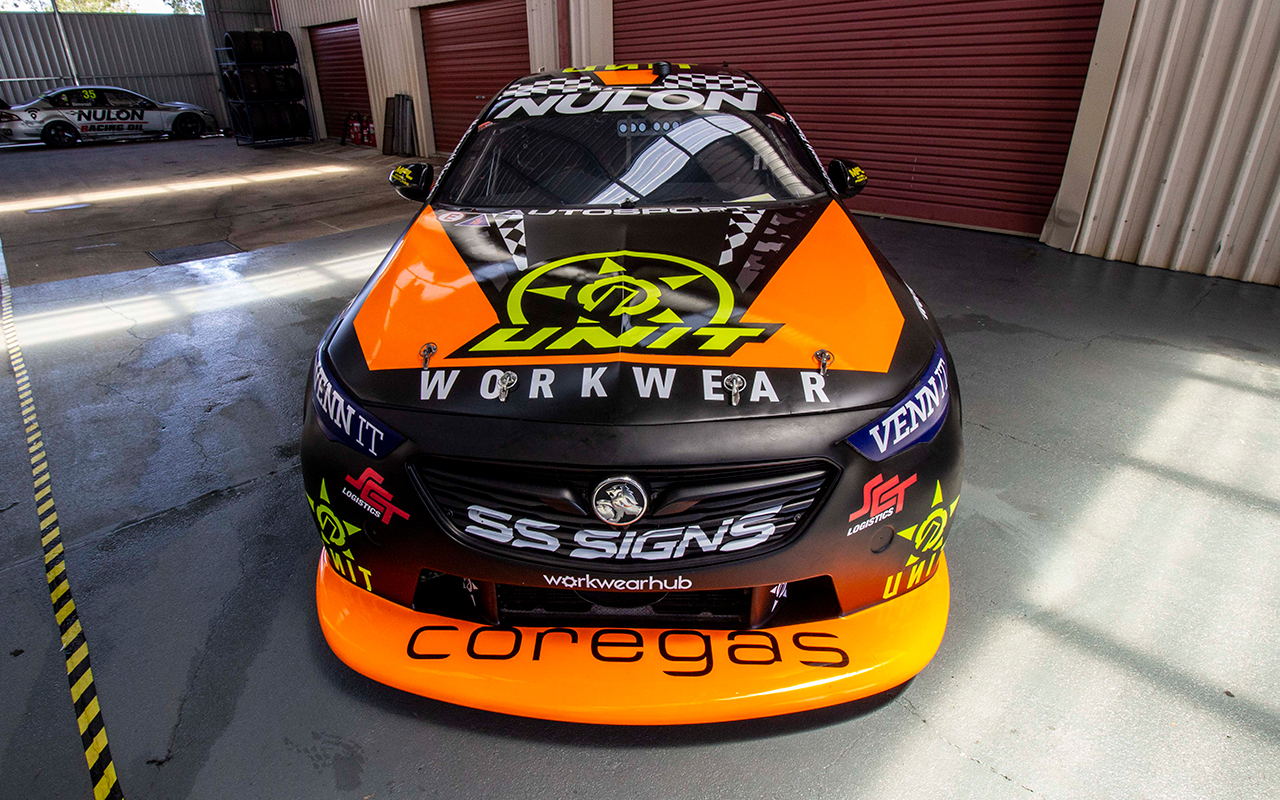 “We’re stoked to present an eye-catching livery that draws upon design DNA running throughout our current range of premium motocross gear, as well as helmets and bike stickers.

“There won’t be anything else like it on track and that fits with the brand’s philosophy of doing things differently.”