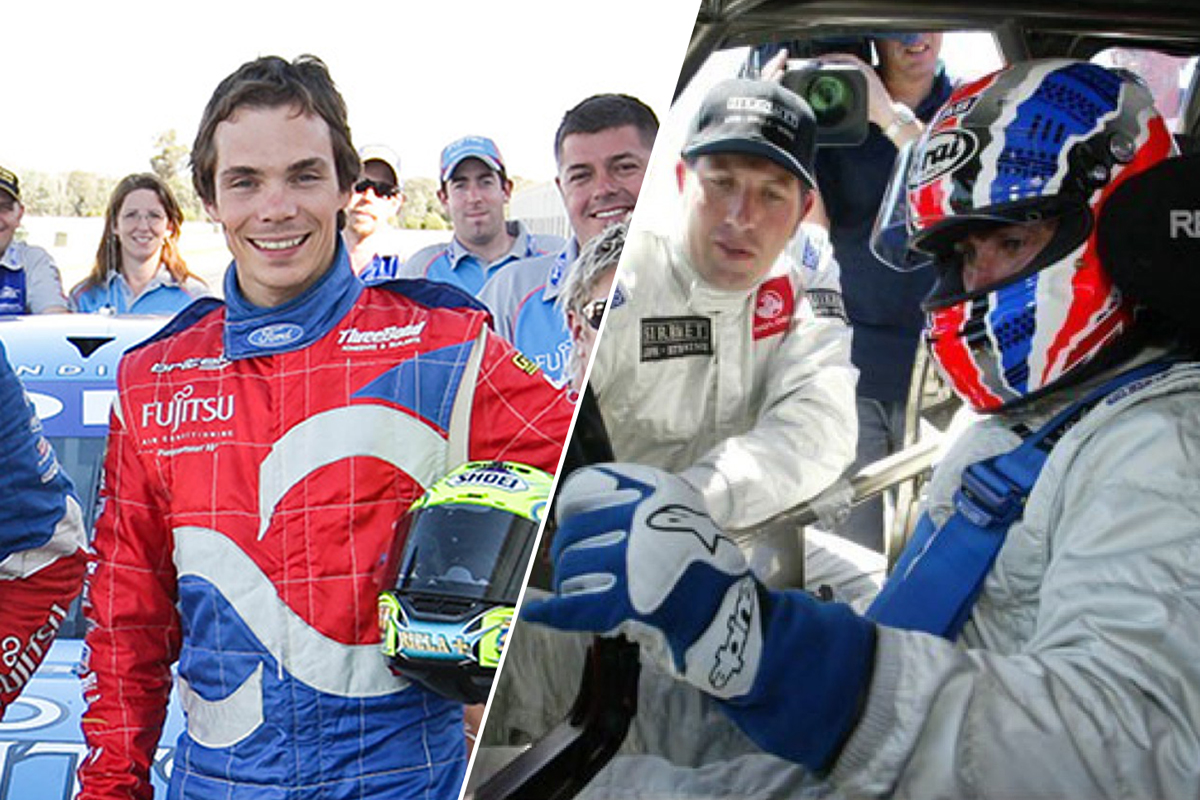 While Casey Stoner is the most recent motorcycle racing star to try his hand at Supercars, plenty of others had made the switch before him.

Some embarked on second full-time careers, while others were merely fulfilling a curiosity with a single hit-out behind the wheel.

Those in the former category include Gregg Hansford, who holds the unique distinction of winning at Bathurst on two and four wheels.

His first triumphs at Mount Panorama came at the traditional Easter bike meetings, before shifting his sights on the world championship.

He claimed 10 Grand Prix wins for Kawasaki in the 250cc and 350cc classes between 1978-79 before injuries curtailed his career.

Allan Moffat recruited Hansford to share his Mazda RX-7s and Ford Sierras, winning the 1988 Sandown 500 and nearly capturing that year's Bathurst 1000 before mechanical woes forced them out with just 32 laps to go. 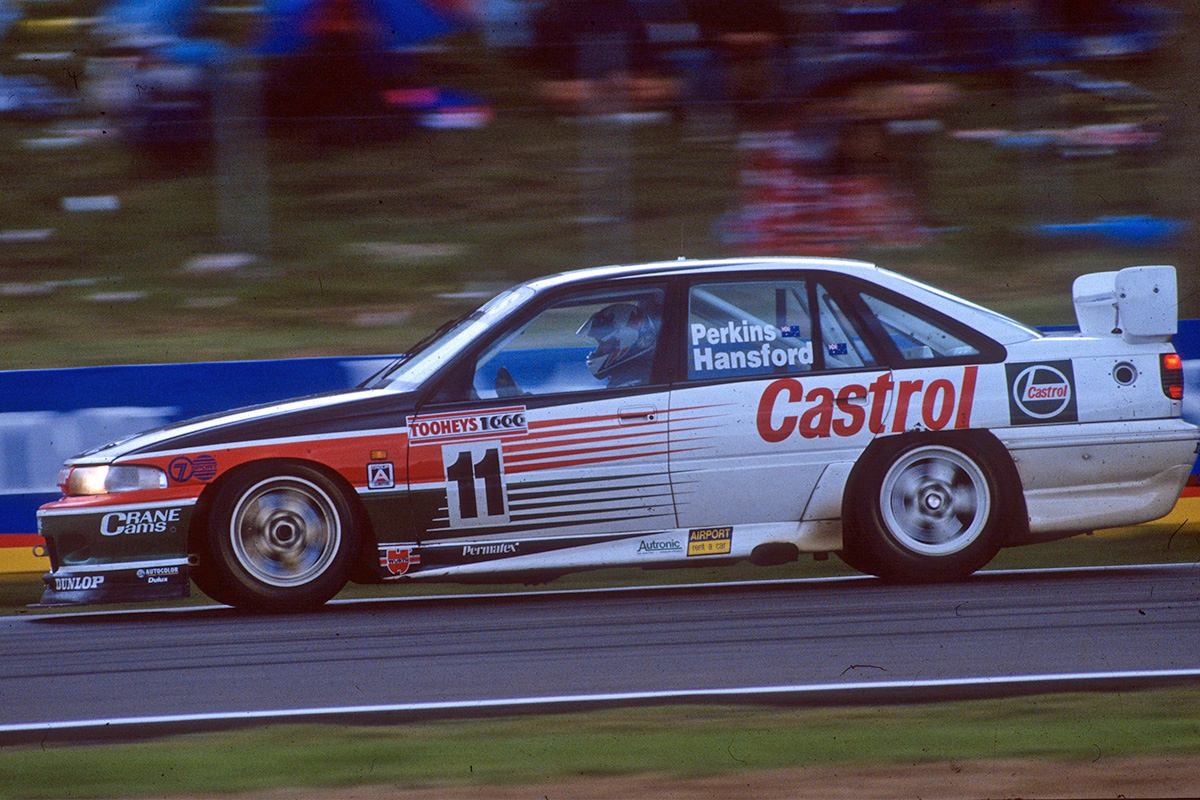 He finally etched his name in Bathurst's four-wheel record books in 1993, co-driving a Commodore with Larry Perkins to victory in that year's Bathurst 1000 - the first of the modern V8 era that later became Supercars.

While several motorcycle racers have had success at Bathurst, just one has triumphed in an ATCC/VASC race – Australia's first premier class world champion, Wayne Gardner. 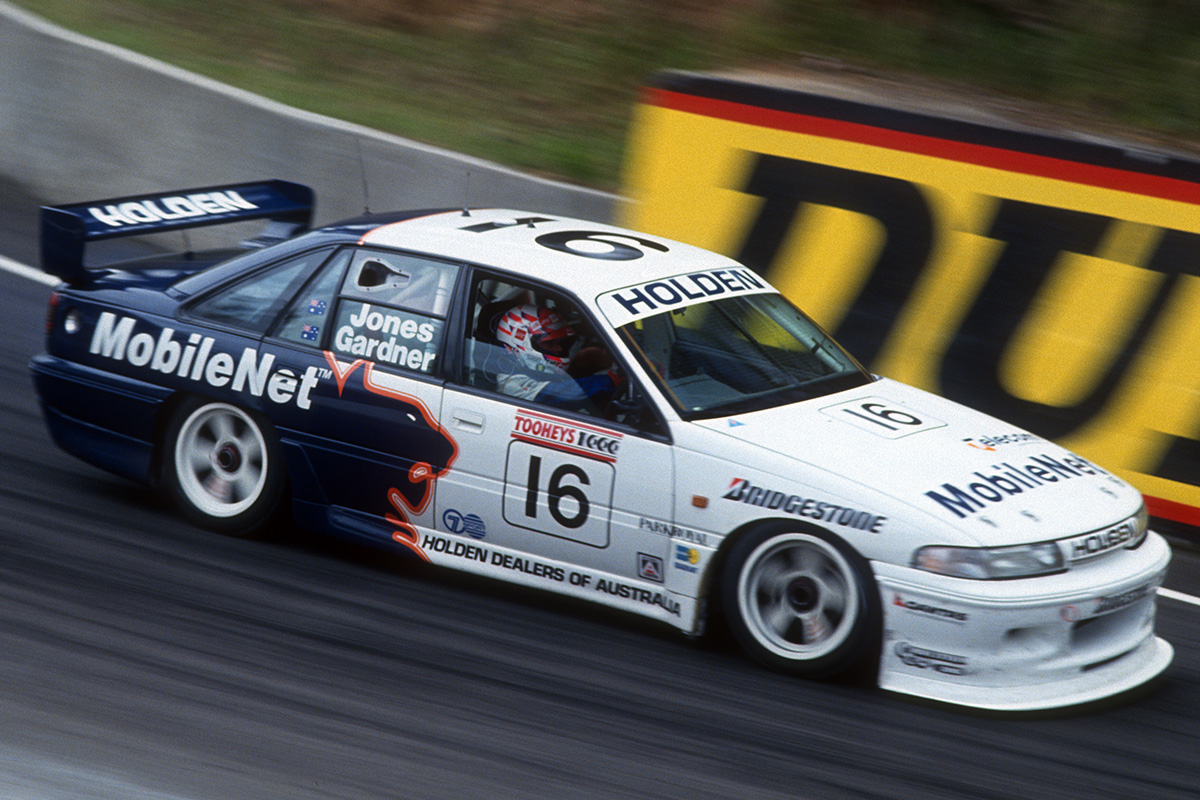 He started his own team for 1994, eventually securing his first championship race win at Mallala in ‘96.

Another followed at Calder Park in 1997, where he also claimed his sole round victory, before cutting back to a part-time schedule.

Gardner is also the only motorcycle racing convert to take pole position for a Supercars Championship race.

In 1993, in just his second event, Gardner won the Peter Jackson Dash to claim pole for the opening race at Symmons Plains. 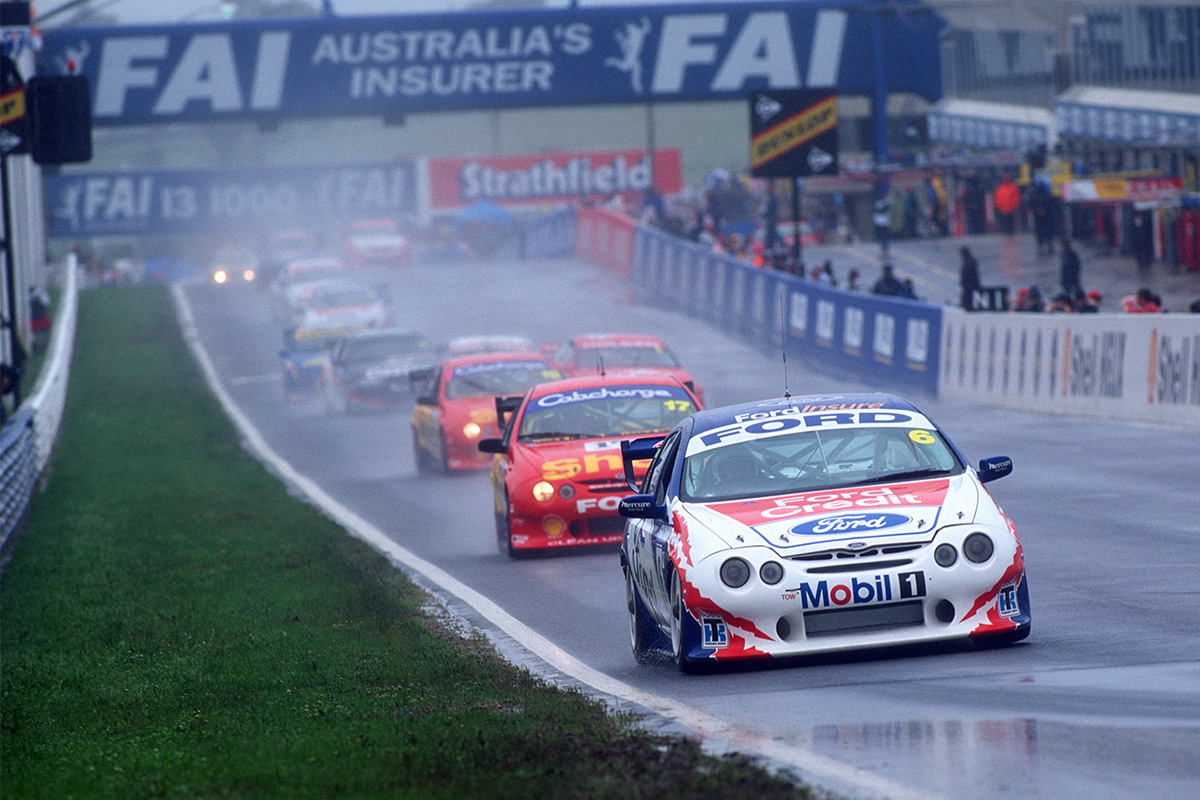 Seven years later he took another one, prevailing in the Top 10 Shootout at Bathurst in dismally wet conditions.

The only other MotoGP World Champion to attempt a full-time Supercars switch was Stoner, whose trouble single-year in the Dunlop Super2 Series has been well documented.

Doohan hopped behind the wheel of one of Paul Morris' Sirromet Wines Commodores at Norwell ahead of the 2002 season and later drove Walkinshaw Racing's T2 ride car. 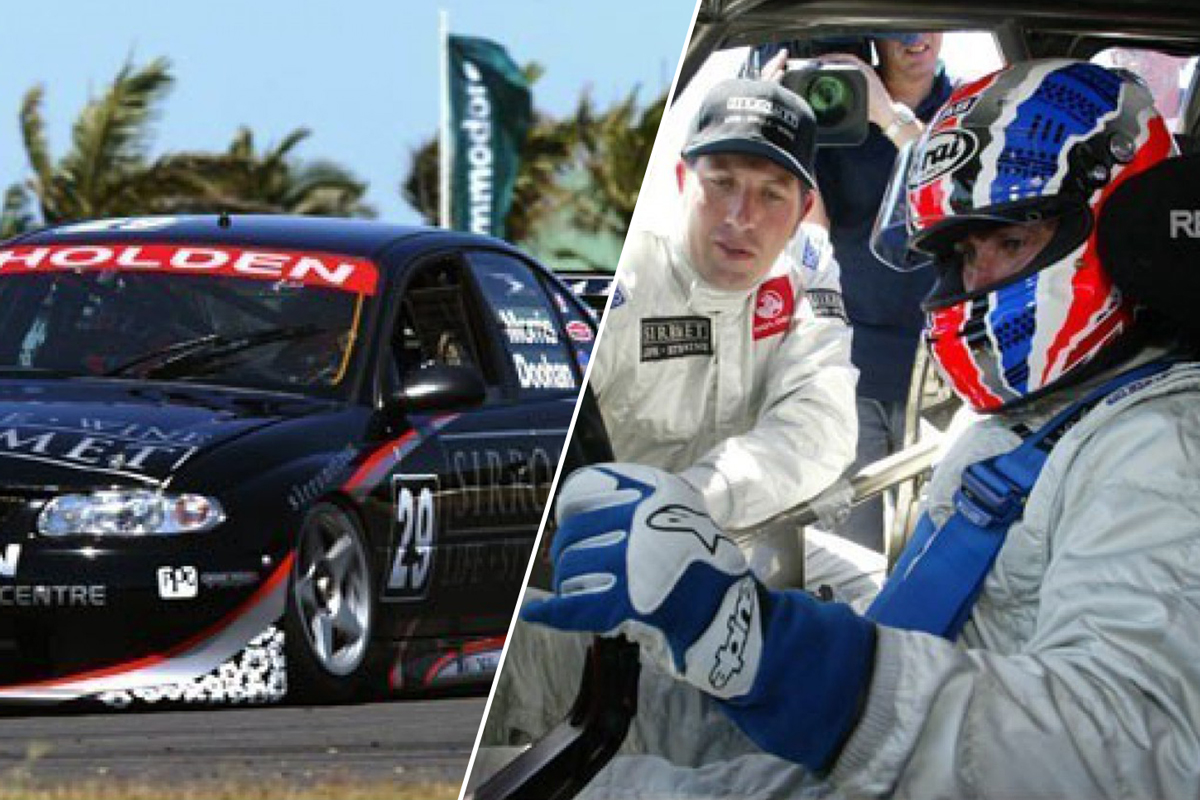 1988 Spanish 500cc Grand Prix winner Kevin Magee also tested a Supercar long after his two-wheel career concluded, hopping behind the wheel of a Rod Salmon-owned Ford Falcon AU for a few laps of Oran Park in 2002.

Daryl Beattie was among the next wave of Australians to arrive in MotoGP, winning three Grands Prix in a career that saw him finish second to Doohan in the 1995 World Championship.

Beattie was another to get his first taste of a Supercar aboard one of Paul Morris' cars, turning a handful of laps at Queensland Raceway in a story for Network 10's RPM TV show.

That led to a pair of races in the 2002 enduros for Imrie Motor Sport, coming home 25th with Christian D'Agostin in the Queensland 500 and failing to finish the Bathurst 1000 with Tyler Mecklem. 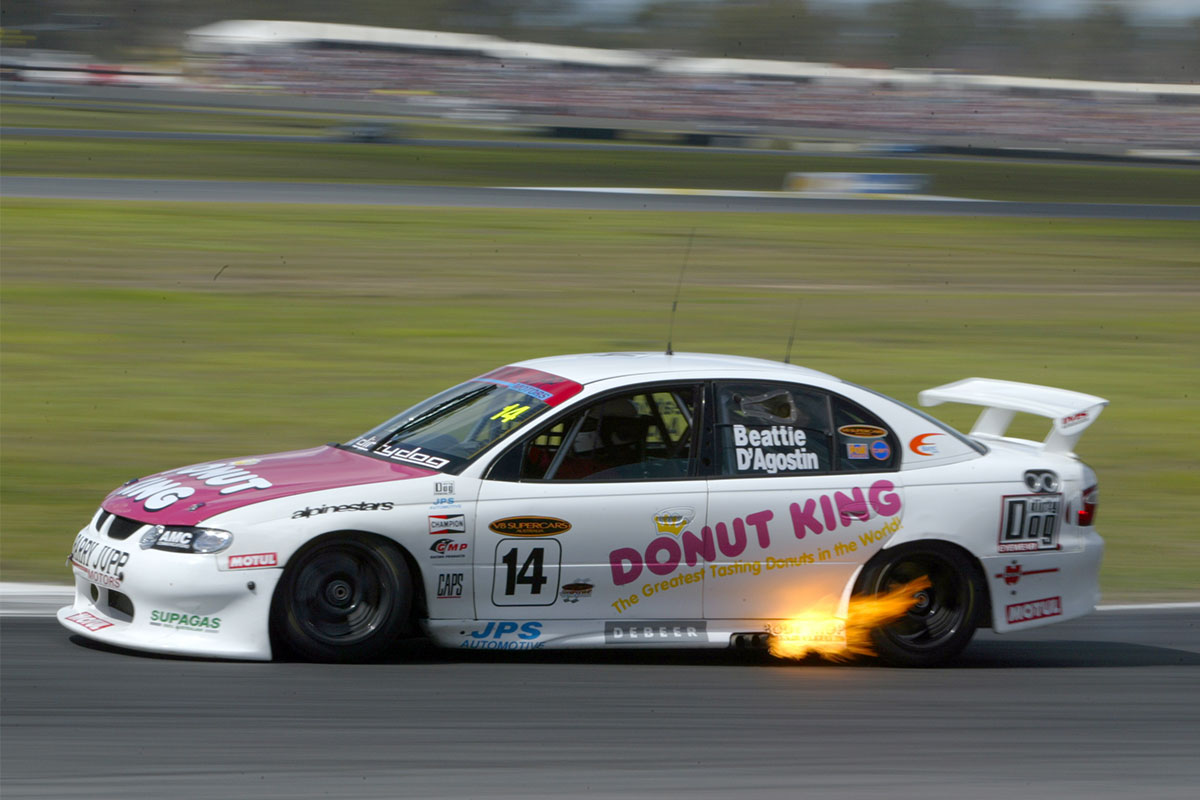 Multiple World Superbike champion and MotoGP race winner Troy Bayliss is the most recent two-wheel star to have a crack at the Bathurst 1000, joining Dean Fiore to tackle Mount Panorama in 2009.

Chris Vermeulen is another Superbike and MotoGP star that has also sampled Supercars machinery.

Back home in Australia at the end of a 2007 that saw him win the French MotoGP, Vermeulen drove one of Britek Motorsport's Ford Falcon BFs at the team's end of year ride day at Winton. 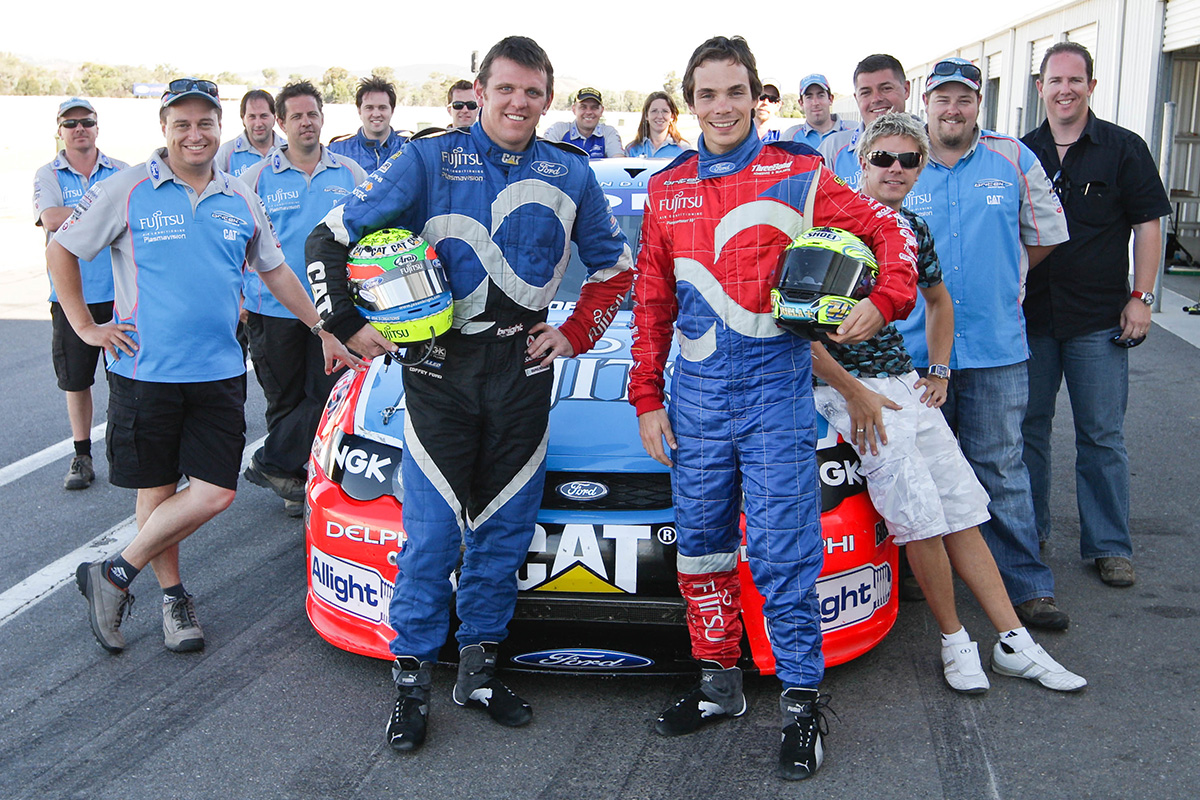 Another Suzuki hero to try his hand at Supercars was Kevin Schwantz.

The 1993 World Champion raced extensively in Australia after injuries curtailed his MotoGP career, tackling NASCAR, AUSCAR and Super Touring, and starting a handful of Supercars races.

The Texan debuted at Albert Park's non-championship races in 1997 aboard John Sidney Racing's Ford Falcon EF, taking a best finish of 16th in the third and final race of the weekend. 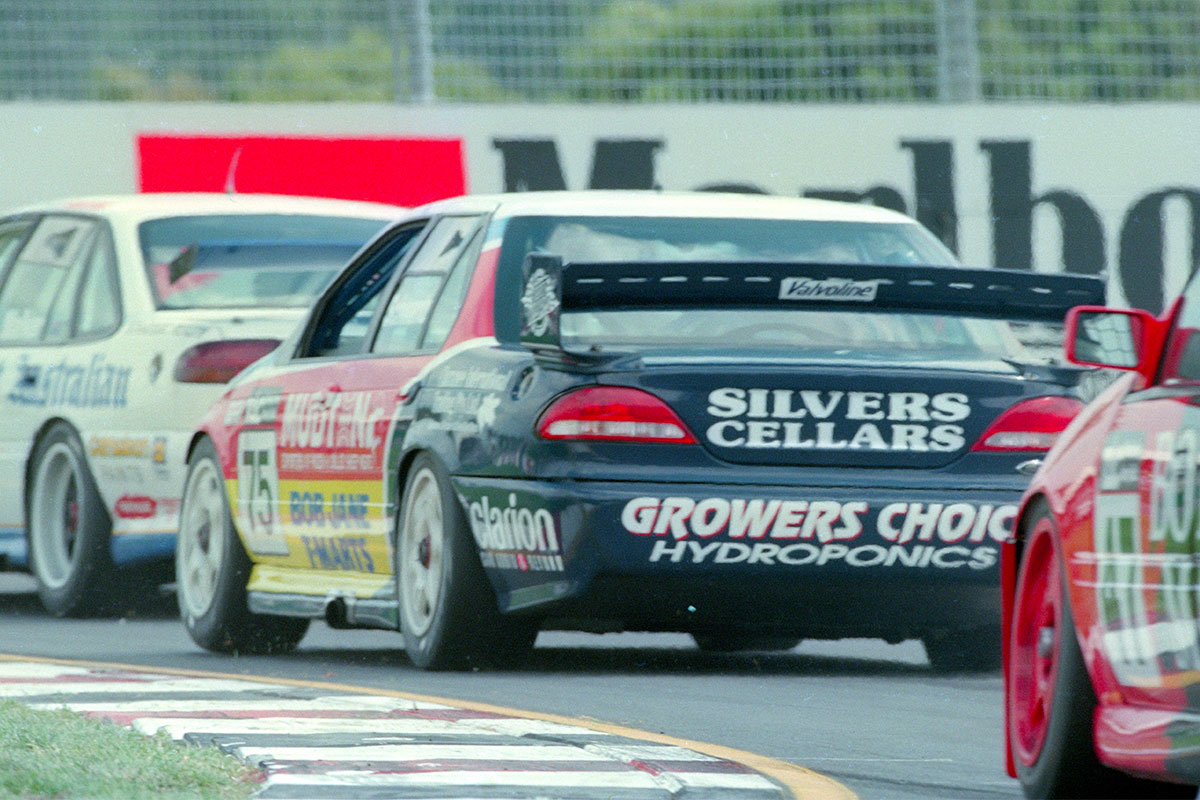 Schwantz returned in 2000 to partner Paul Morris at the Queensland 500, but missed out on a drive in the race when the car retired after just 12 laps.