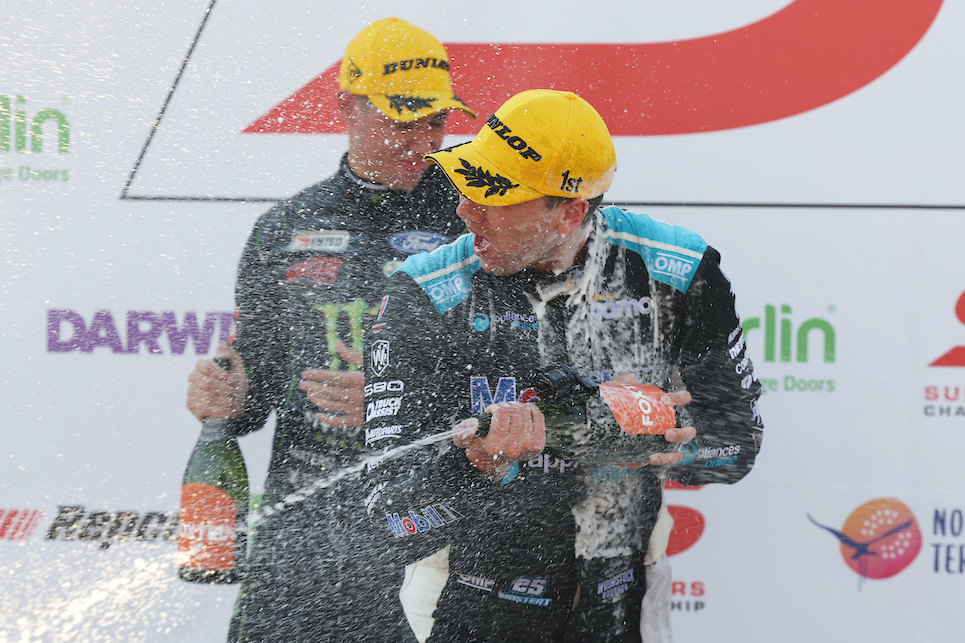 There was much to digest from a thrilling Race 12 at the Merlin Darwin Triple Crown, with Chaz Mostert emerging victorious.

Mostert won the race from eighth on the grid, marking the lowest grid spot for a Darwin winner since 2014.

Mark Winterbottom, who was caught up in the lap 1, Turn 1 melee, won the Sunday race seven years ago from 10th.

It marked Mostert’s second win in Darwin, first since 2015, and 15th of his career.

It was the 29-year-old’s second win of the season following his Race 8 victory at Symmons Plains, and the third for his team under the Walkinshaw Andretti United banner.

The first-corner melee consigned Anton De Pasquale, who claimed pole earlier in the day, to a third retirement of the season in 12 starts.

With Jamie Whincup 12th and Shane van Gisbergen 13th, it marked the first race since Race 13 in Darwin last year that both Red Bull Ampol Racing cars failed to finish in the top 10.

With van Gisbergen 13th, Mostert closed to 195 points of the series lead, wiping 56 points out of the deficit.

James Courtney crossed the line fourth to equal his best result of the season, which came in Race 10 at the OTR SuperSprint.

Fifth-placed Will Brown did the same, equalling his best result from April’s visit to Tasmania.

Both Courtney and Brown vaulted 17 positions in the race, which were the best gains in the 38-lap epic.

Sixth-placed finisher Jake Kostecki, who started 11th, smashed his previous best solo finish of 13th, which he claimed at Bathurst and Symmons Plains.

With Thomas Randle rising from 17th to 10th, Race 12 featured both wildcard entries in the top 10.

The field will return for ARMOR ALL Qualifying for Race 13 at 9:45am on Sunday.