Chaz Mostert has fired a light-hearted warning shot to his former Tickford Racing teammates come the start of the Supercars All Stars Eseries.

Mostert was caught up in a number of awkward incidents with his then teammates last season, most notably Cameron Waters at both Pukekohe and Bathurst.

Mostert had enjoyed a close race-long battle with Will Davison and Waters in Adelaide last month, the latter describing it as “like the Tickford cup”.

Mostert’s post was in line with his comments to Supercars.com about his ambitions for the 10-round series.

“Many moons ago I got into a bit of sim racing but with day-to-day life I generally got out of it, so this will be pretty unique,” he said.

“I haven’t done it in a long time… it’s going to be a bit different but looking forward to just having some fun with it.

“Find some old teammates out there that I can run into and make a bit of a laugh.

“You’ll have probably two groups: you’ll have the super-fast guys going for the win and then you’ll have guys down the back looking to get the biggest crash award. I’m sure I’ll be more in that second group.” 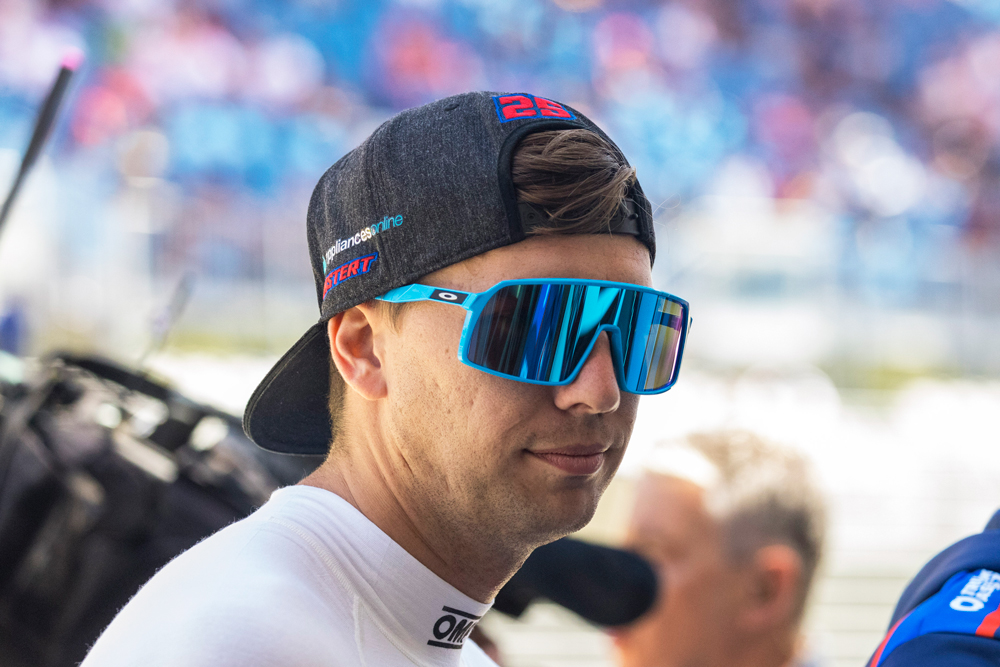 As for how he’s spending his time during the COVID-19 period of isolation: “I’m just trying to do some projects to keep myself pretty busy and obviously trying to be pretty active on social media as well and have a bit of fun there.”

Mostert is third in the Virgin Australia Supercars Championship after a fine Adelaide outing headlined by a second-place finish in the Sunday race.

Mostert and Adam De Borre then showed their willingness to do things a little differently in second qualifying at the Beaurepaires Melbourne 400, being the only car in the entire field to save his flying lap for the end of the session.

The gamble had looked set to pay dividends before losing time late in the lap to qualify seventh in what was the last on-track session before the COVID-19 hiatus began.

“I felt like it was better for as a driver to have some time to digest the last session and then try to maximise myself, which I felt like on that run we did the best job we could,” Mostert explained.

“It was nice to have some clean track to myself, it was probably good for our sponsors too because all the cars were off the track for the last five minutes except for one.”