Chaz Mostert led a top three sweep for the Ford Mustang in practice for the Truck Assist Winton SuperSprint, curtailed by a crash for Richie Stanaway.

The Tickford Racing driver turned a 1:19.6424s to finish 0.2253 seconds ahead of Scott McLaughlin, while Lee Holdsworth was third.

Stanaway's accident at Turn 7 meant the session ended with a little over a minute remaining, interrupting the final runs.

That left the likes of Will Davison, David Reynolds, Nick Percat and Winton 2018 winner Fabian Coulthard out of the top 10.

They will have to navigate the opening stage of knockout ARMOR ALL Qualifying for Race 13 of the season.

The 40 minutes was the only running for the field ahead of qualifying, following a rain-hit outing for co-drivers led by Craig Lowndes.

Mostert was fastest through the first third of the session, dropping times from the 1:35s to the 1:31s on the drying track surface.

By the time the session was red-flagged with 25 minutes gone, after Holdsworth went off at Turn 4, Cameron Waters held the benchmark on a 1:23.2586s.

As McLaughlin called time on his morning, Mostert returned to the top with a 1:19.6424s before the red flag came out again with 73 seconds remaining. 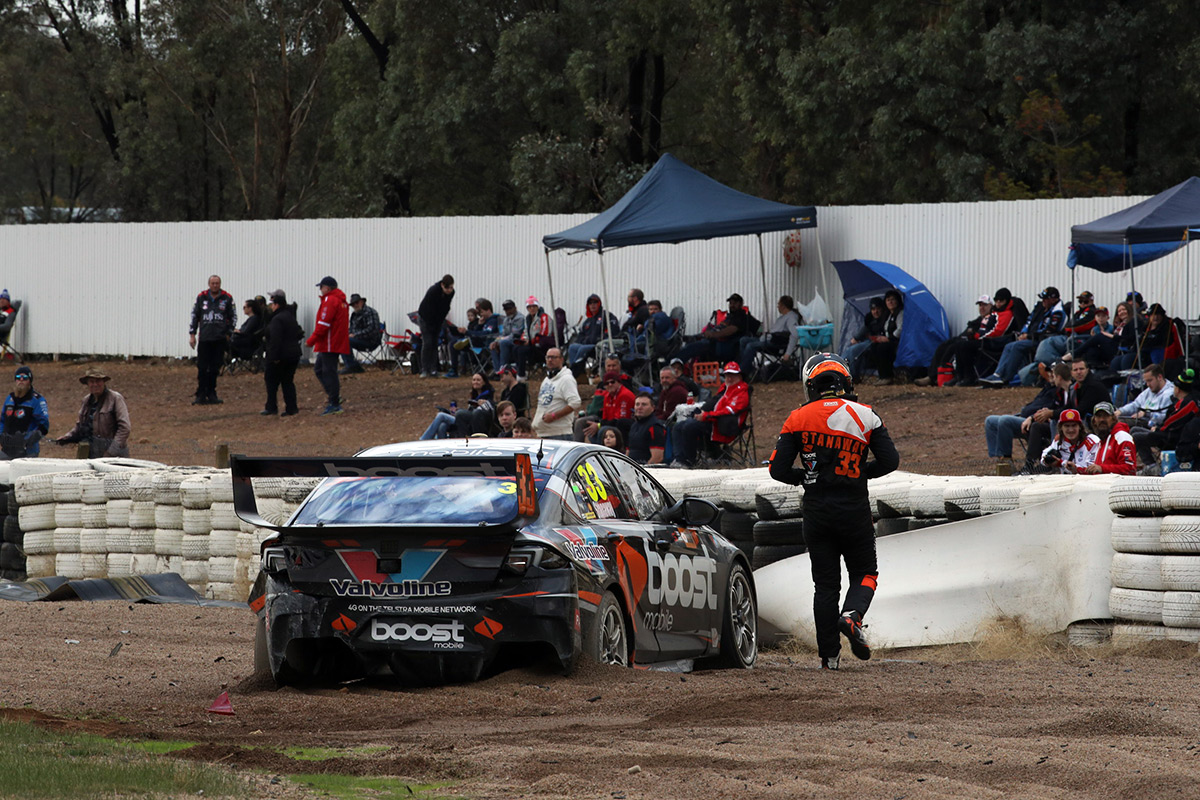 That was for Stanaway crashing his Boost Mobile Racing Commodore at Turn 7.

Waters was on a flying lap set to challenge Mostert, but could not complete the tour.

It left Mostert leading McLaughlin and Holdsworth at the top of the order.

"The Achilles' heel has been qualifying, not practice, but at least it means we’re in the top half of the field now.

"I need a good quali session today and tomorrow to get some result, because it’s just too close to not be putting the thing up the front.

"We fought our way back too many times now, we need to make our job a little easier."

They were separated by top Nissan Rick Kelly, who split the Winton 2018 wins with Coulthard, and van Gisbergen.

"There’s absolutely millimetres on either side of the dry line out there, so the grip when it’s dry, is very high, but if you put your wheel a smidgeon out it’s ice again," Kelly said.

"It’s a risky little session, you can see from how many cars went in the fence, but I’m happy to be quick." 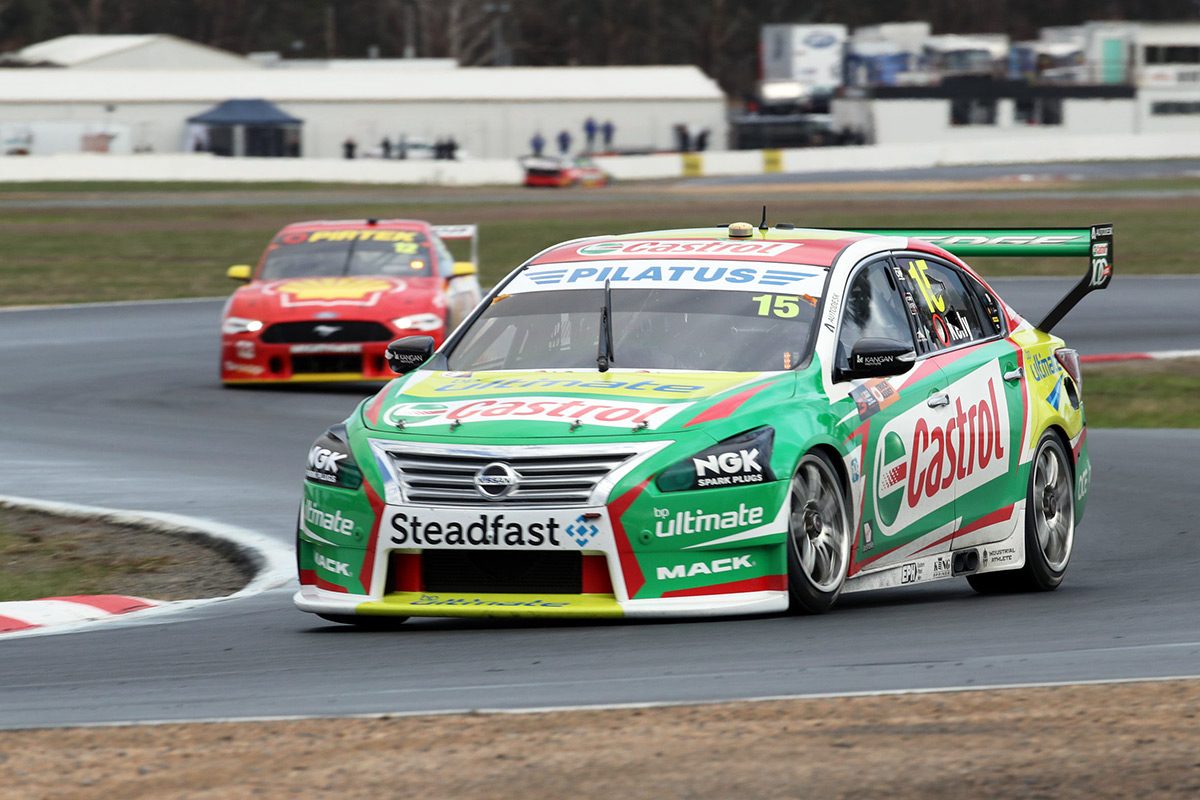 Jamie Whincup wound up eighth, ahead of Waters and Winterbottom, who beat Davison to 10th by 0.0177s.

"A bit of a bugger," Coulthard, second in the championship behind McLaughlin, said.

"We went out on a set prior to this one and the boys didn’t quite tighten the wheel up properly, so I had a loose right-front.

"We lost a bit of time in that, but the car is good. It’s good in the wet and it’s good in the dry, it’s just unfortunate we weren’t able to do a time there at the end."