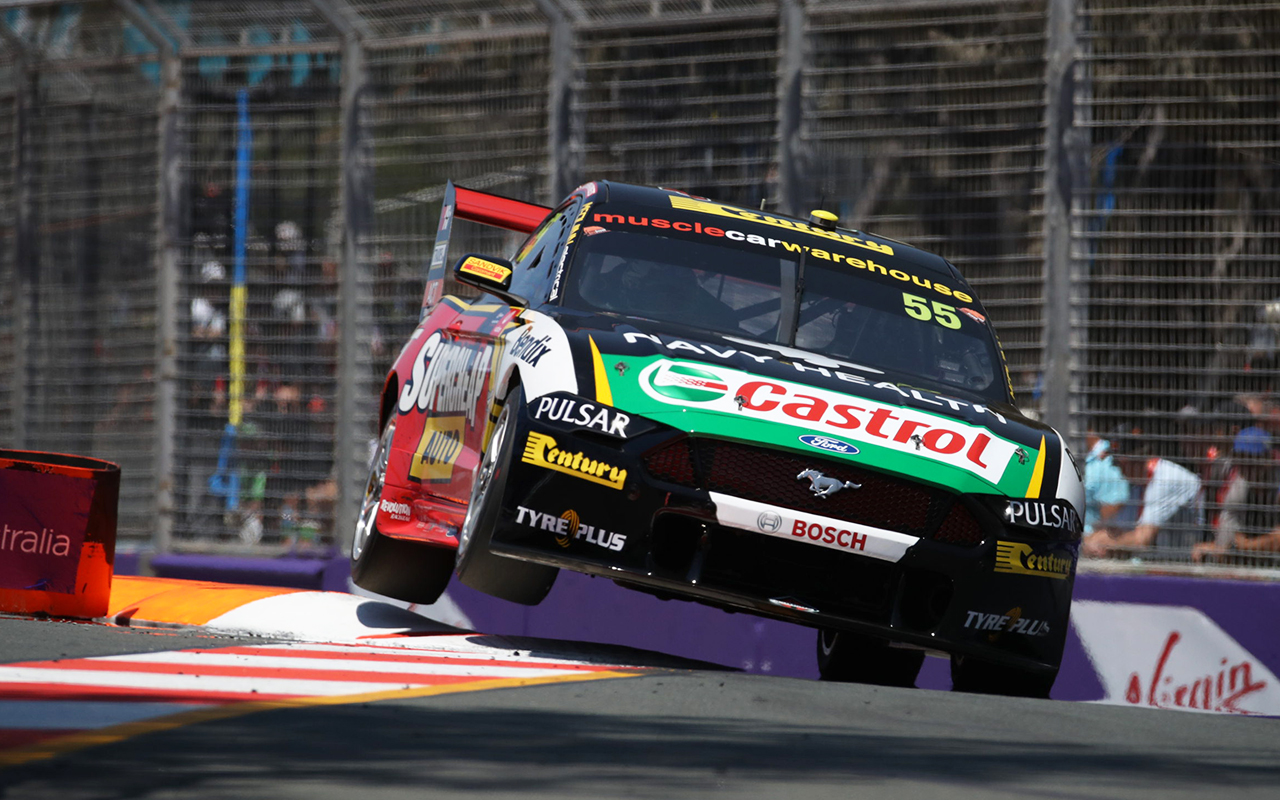 The Tickford Racing driver jumped to the top on his last run with a 1:10.4279s that was half a second off teammate Cameron Waters’ Practice 3 flyer on Friday afternoon.

A 1:10.5190s set by Scott McLaughlin early in the 20-minute qualifying session looked as if it might hold top spot through to the end, until Shane van Gisbergen edged ahead, only to be outdone by Mostert.

“It was a tough session, so tight out there, I was really happy to get that last lap in,” Mostert said.

“I left nothing on the table, probably millimetres away from triggering [kerb hop] sensors, but that’s what it takes around here.

“Super-happy to get into the 10. Being the last car out, there’s more pressure. When you qualify like that in the session you wish there was no Top 10.”

It was a scrappy session for McLaughlin, who hit the wall on three occasions and received a kerb strike on his last lap.

The championship leader was ultimately third fastest to easily book a spot in the 11:30am ARMOR ALL Top 10 Shootout session.

“I’m trying to drive to a track number that probably isn’t quite there,” he said.

“We think the track is a lot faster than it actually is, so you’ve got to bring it back a bit, but you rely on a bit going on.

“We’ll sort it out, we’ve got a really fast car. That first lap, I couldn’t believe it stuck as my fastest for so long.”

Heimgartner was particularly impressive on a circuit he did not expect would suit the Nissans.

“We didn’t quite get a really tidy lap, there’s a bit more in it,” he noted.

“We actually brushed the wall on my second tyre set and just put the rear out a bit.”

Scott Pye was the unlucky man to be bumped out as Coulthard jumped into the 10 with a last-ditch effort.

Will Davison was the biggest casualty, managing just 13th, while Mark Winterbottom and Anton De Pasquale will share the eighth row of the grid.

Unusually, two co-drivers spent time in the car, with Jake Kostecki starting out in the #56 Commodore before handing over to cousin Brodie, who clinched 23rd.