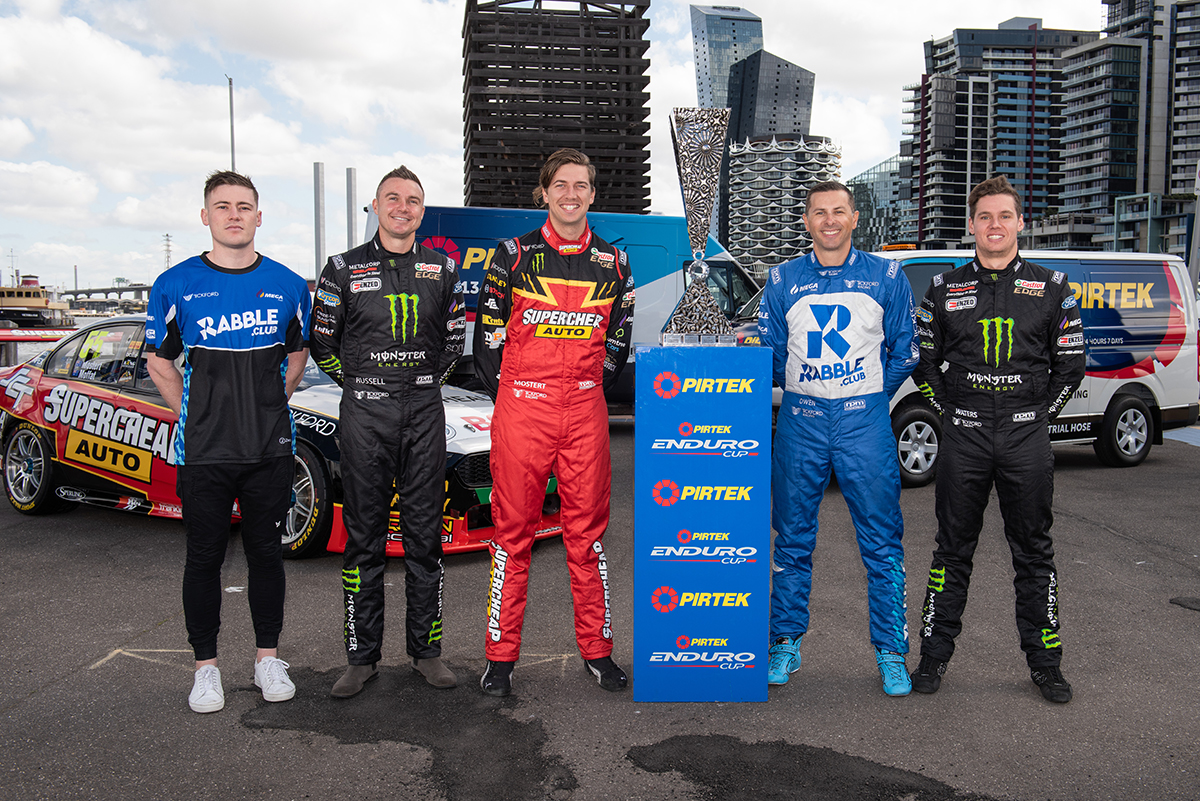 Tickford Racing's defence of the PIRTEK Enduro Cup it won with Chaz Mostert and Steve Owen in 2017 starts on Friday.

The RABBLE.club Sandown 500 is the first leg of the three-event competition, followed by Bathurst and the Gold Coast in October.

Mostert and Owen took the spoils in 2017, with a third at Sandown, 10th at Mount Panorama and victory and seventh at Surfers.

The pair are split this year, with Mostert joined in his Supercheap Auto Falcon by former Garry Rogers Motorsport full-timer James Moffat.

"I think we got close in 2014 when I was with Paul Morris, we were a little bit bummed we just missed out on it," Mostert said of the Enduro Cup.

"Winning the Bathurst 1000 and Enduro Cup would've been really awesome that year. To finally get it done was obviously a release.

"[We're] the first Ford team, too, was pretty exciting. It's good to have the name on the trophy, we'll see if we can do it again this year." 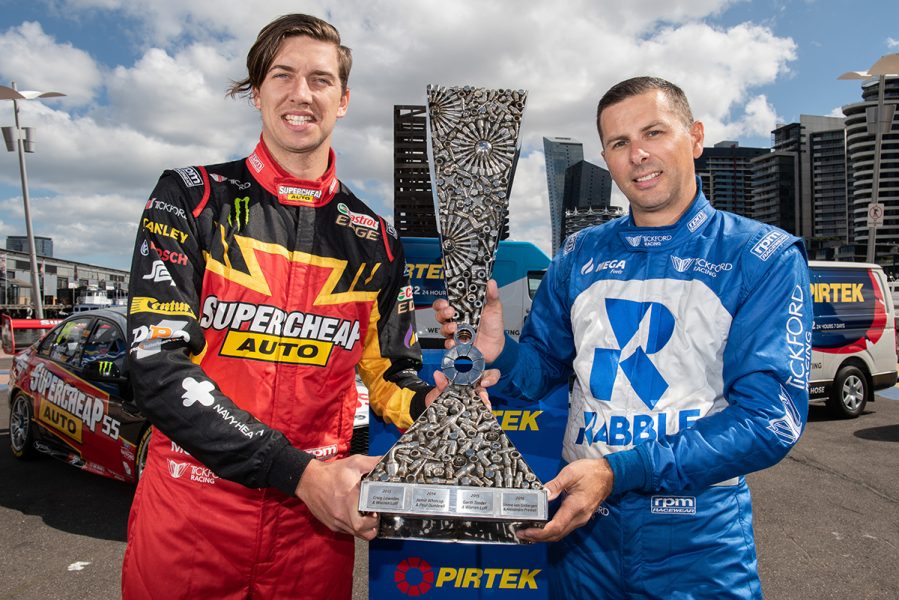 Mostert and Moffat will this weekend carry a retro livery throwing back to Steven Ellery's 2004 Supercheap Falcon.

"Moff coming off his main game career is a perfect pick for us to try and grab," Mostert added.

"I'm looking forward to it, he's super quick. He was fast last year, racing door-to-door with him in the main guys.

"I'm looking forward to teaming up with him and getting amongst it." 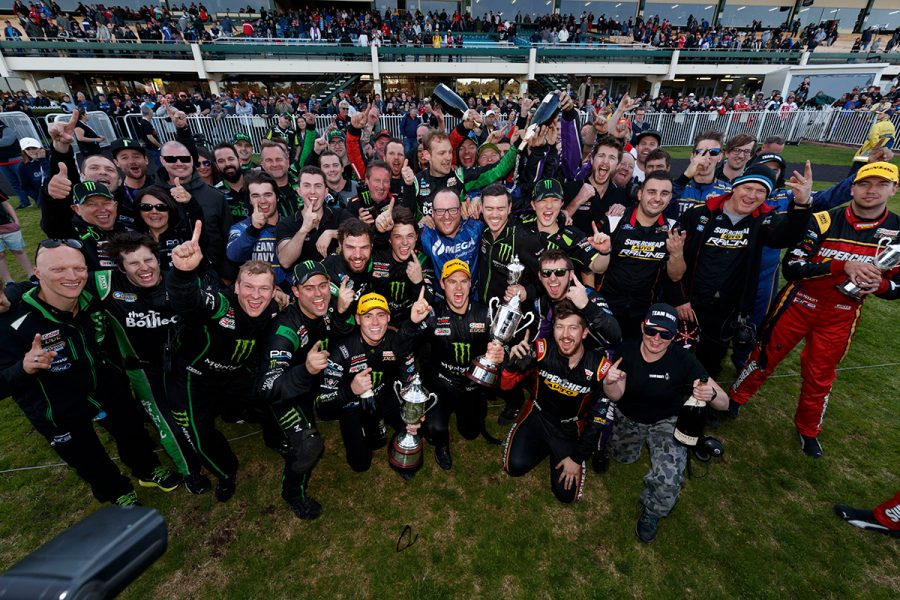 Cameron Waters and Stanaway won at Sandown last September, the first Supercars victory for both drivers.

Twelve months later, though, Tickford is amid a tough campaign, with Mostert its lead driver in eighth.

"It's nice to go back to Sandown after winning there last year," Waters, joined this year by David Russell, said.

"It was my first win, which is always pretty special. I still look back on it and remember how much of a special day it was.

"It's really cool to get back there, hopefully we can get back up the front.

"With the championship being the way it is now, with a few DNFs, I can take a few more risks and put it on the line to try and get up the front and shake up the front, hopefully."