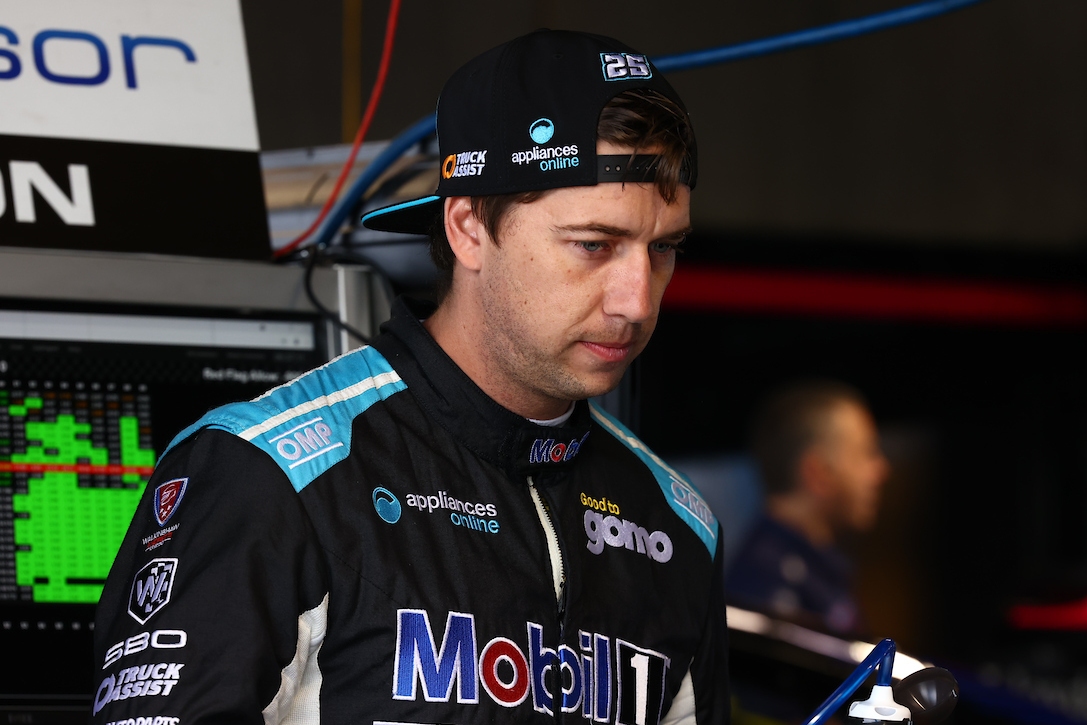 Chaz Mostert is predicting a “super hard” Race 9 at The Bend Motorsport Park should inclement weather remain on Saturday.

Third and fifth in the morning’s two practice sessions, Mostert was Heimgartner’s closest challenger in the final segment of qualifying.

Only three drivers were within a second of Heimgartner, who scored pole despite using the sole set of tyres.

For Mostert, who is 165 points off the championship, Saturday’s race presents another opportunity to close the gap to the leading Red Bull Ampol Racing duo.

“Super pumped for the team to get a front row start,” Mostert said.

“Bit bummed, I wish I had a tenth-and-a-half up my sleeve out there, but the track changes so quick around here.”

The last time Mostert started from second on the grid, he won the race, the 2014 Bathurst winner forcing his way past Cameron Waters in the Symmons Plains finale.

However, with the slippery conditions set to linger for the race, and with Heimgartner confident with his car on wet and dry, Mostert believes the 24-lapper will be a far greater challenge than the last time he rolled out in Tasmania. 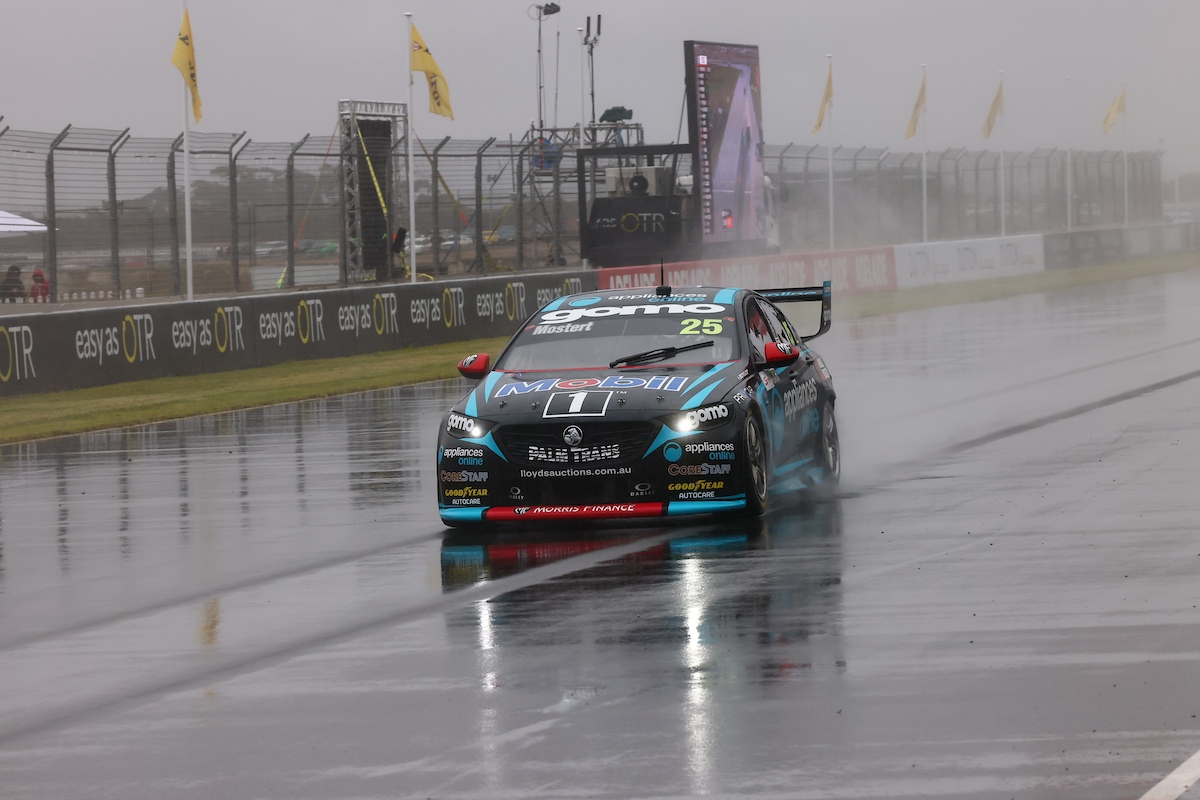 “You see the rain on the windscreen, but you don’t really see what it does to the track condition,” Mostert said.

“You send it into the corner the same you did as the last lap, and you’re nearly off.

“If the weather stays around this arvo, it’s going to be a pretty hard race.”

WATCH: SLIPPING AND SLIDING AT THE BEND

However, Mostert remained coy on the championship chatter, instead reiterating how perilous the race could prove to be at the tricky Tailem Bend venue.

“It’s going to be a super hard race, it’s super easy to make mistakes out there.

“I think the guy that will win the race today, if it is a bit wet, will be the guy who makes the least amount of mistakes.”