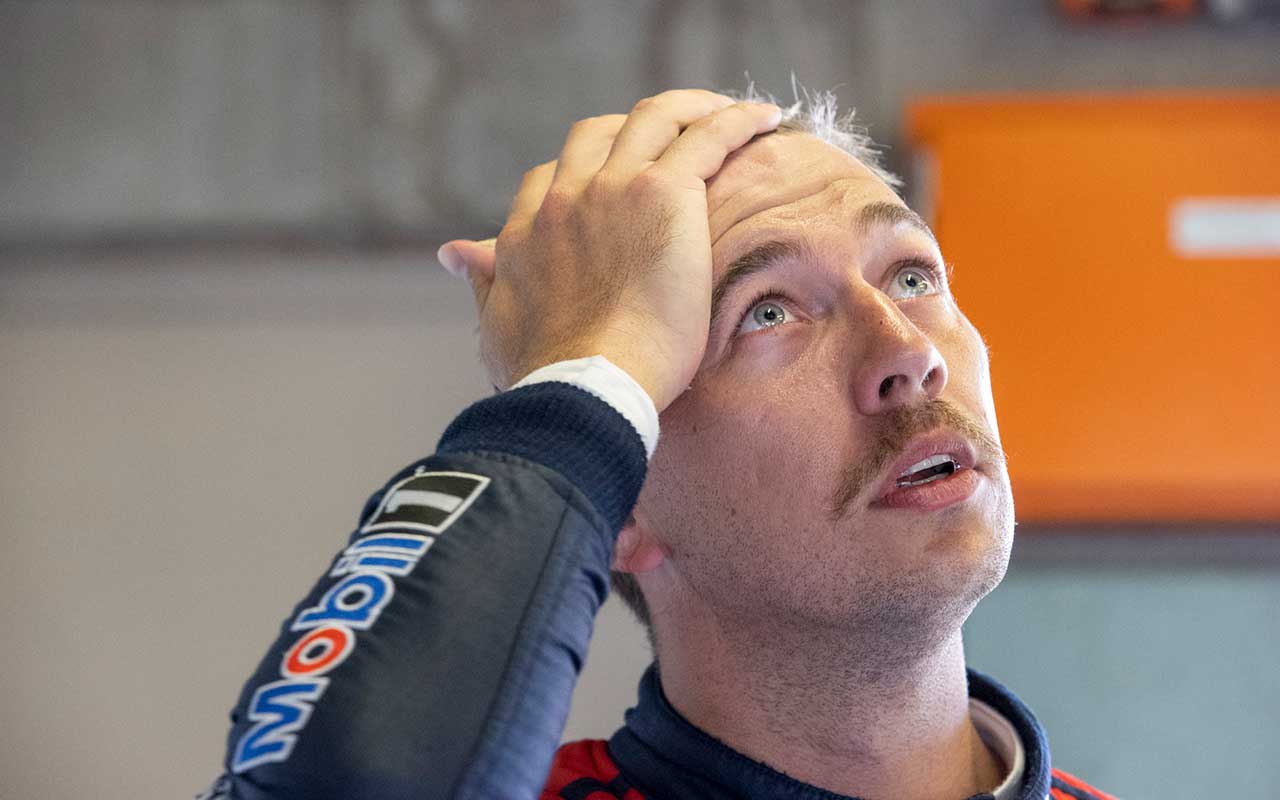 Nick Percat has voiced his disappointment at dropping another bundle of championship points following a late-race collision with Chaz Mostert.

The pair were squabbling over seventh in the first of two Sunday races at the CoreStaff Darwin SuperSprint when Percat was spun at Turn 1.

The incident came following a lap of frequent light contact between the two Holdens as Percat was passed and then re-passed the Walkinshaw Andretti United entry.

The result meant Percat slipped to 13th, while Mostert finished 18th after being slapped with a 15-second penalty.

“It didn’t end the way we wanted it to but rubbing’s racing and there was plenty of rubbing before that, [but] it is what it is,” said Mostert.

“At the end of the day I think it was line-ball… I think he ran down the inside straight on the dirty stuff first and then… I’m not too sure.

“I thought I gave plenty of room but then he just stopped, so it’s not ideal.”

Percat also had his say on the matter, which follows him being spun by Shane van Gisbergen at the BetEasy Darwin Triple Crown last weekend.

“[We] had a mega battle up until then,” said Percat.

“It’s disappointing because I got it stopped in control at Turn 1, there was no locking, I was just going to hold the line.

“But as he’s turned in I guess he hoped that I would run up high and he would over-and-under me, which is cool racing but it just wasn’t to be.

“[He] grabbed the rear bar and fired me off into the weeds.

“We’ve got a faster car than the dudes in front of us in the championship so it’s a bit annoying.”

Percat is now sixth in the standings, while Mostert dropped below van Gisbergen to fourth overall.

Percat and Mostert will start from fourth and fifth in the 38-lap CoreStaff Darwin SuperSprint finale starting 2:25pm local time.