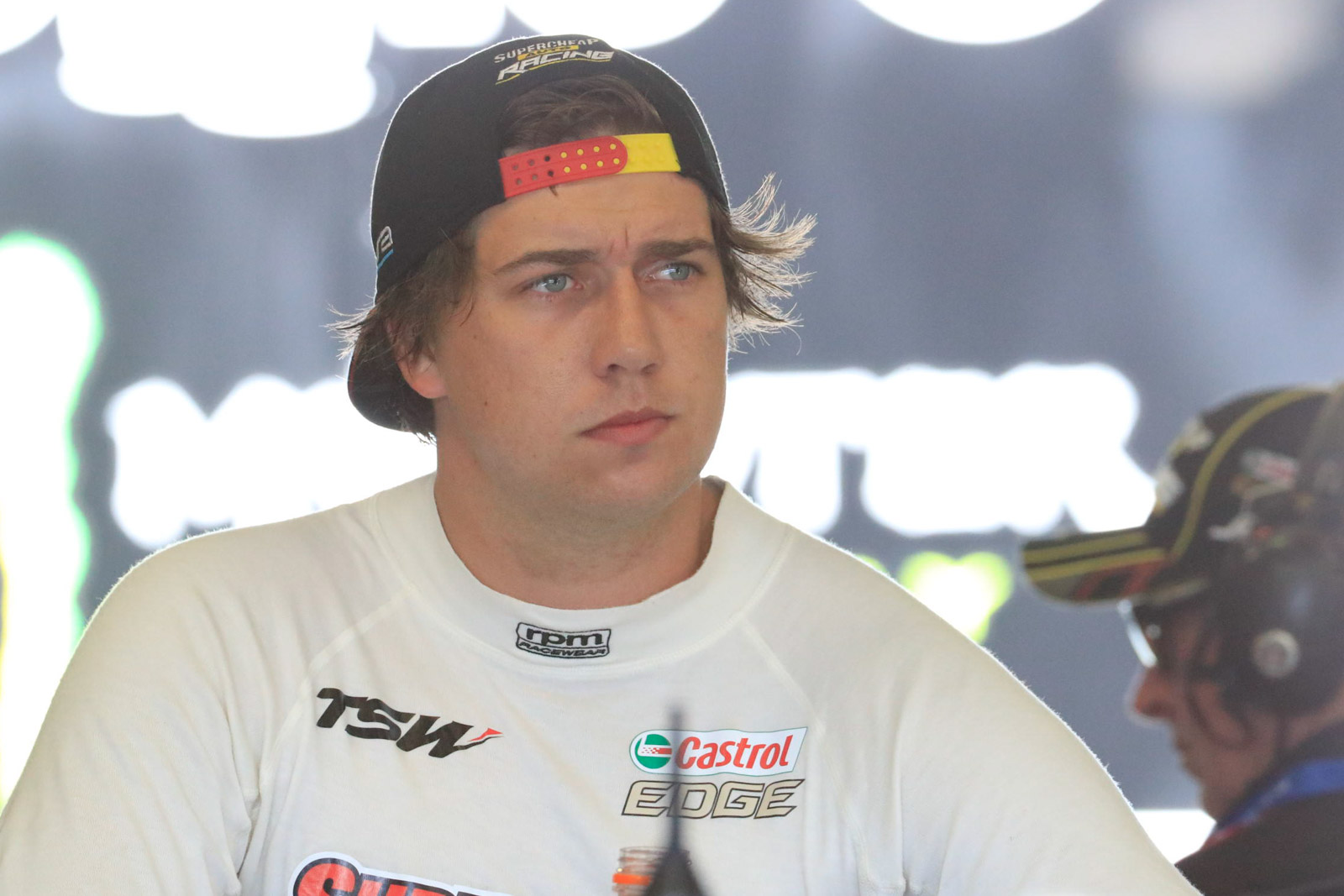 Supercheap Auto racer Chaz Mostert has ruled himself out of the 2016 title fight as a clear picture of the contenders begins to form.

This year’s Championship has been one of the closest in Supercars history, with 10 different winners in the first 13 races. Races 14 and 15 at Townsville saw the Red Bull drivers double up as it all starts to pan out, with Jamie Whincup continuing to hold the lead, now over teammate Shane van Gisbergen and defending champ Mark Winterbottom.

Van Gisbergen has earned the most wins this season with three to Whincup’s two and Winterbottom’s one. The top three are only separated by 75 points, with a bigger gap of 153 stretching back to Craig Lowndes in fourth. Scott McLaughlin and Will Davison are hanging in there with less than 300 points to the lead. There is a maximum of 2100 points still on offer with seven rounds remaining this season.

Back in 11th and 499 points away, Mostert is realistically counting himself out in a year he returns from a monster smash, breaking his leg and wrist at last year’s Supercheap Auto Bathurst 1000.

“I think the top five or six guys are the guys we’ll be looking at for the rest of the year now,” Mostert said on last night’s episode of Inside Supercars.

“The rest of the guys, we’re just going to be battling out there for podiums and race wins.”

While he was in the hunt last year before his crash, in second behind Winterbottom leaving Sandown, Mostert hasn’t been as consistent on return and is yet to win a race this season.

The Holden Racing Team’s James Courtney is not quite ready to rule out a charge to the front, two positions ahead in ninth and 396 points away from Whincup. He says if the team can continue to get legitimate results, there’s still opportunity to storm up the ladder.

“Everyone still comes in and checks where they are in the championship points,” he said.

“It’s obviously a long way off for us now, but we’re still pressing on and ultimately still want to get as close to the front as I can if not there. There’s still a lot of racing to go yet.”

While leader Whincup will never call it early, Van Gisbergen believes the current top five will be the big challengers. His best championship result has been second to Whincup in 2013, after a strong charge in the second part of the season.

“I think you’ve seen the cream rises to the top,” he said in Sunday’s post-race press conference.

“I think Scotty had a bad day (on Saturday) but I think the top five cars were pretty much top five in the championship.