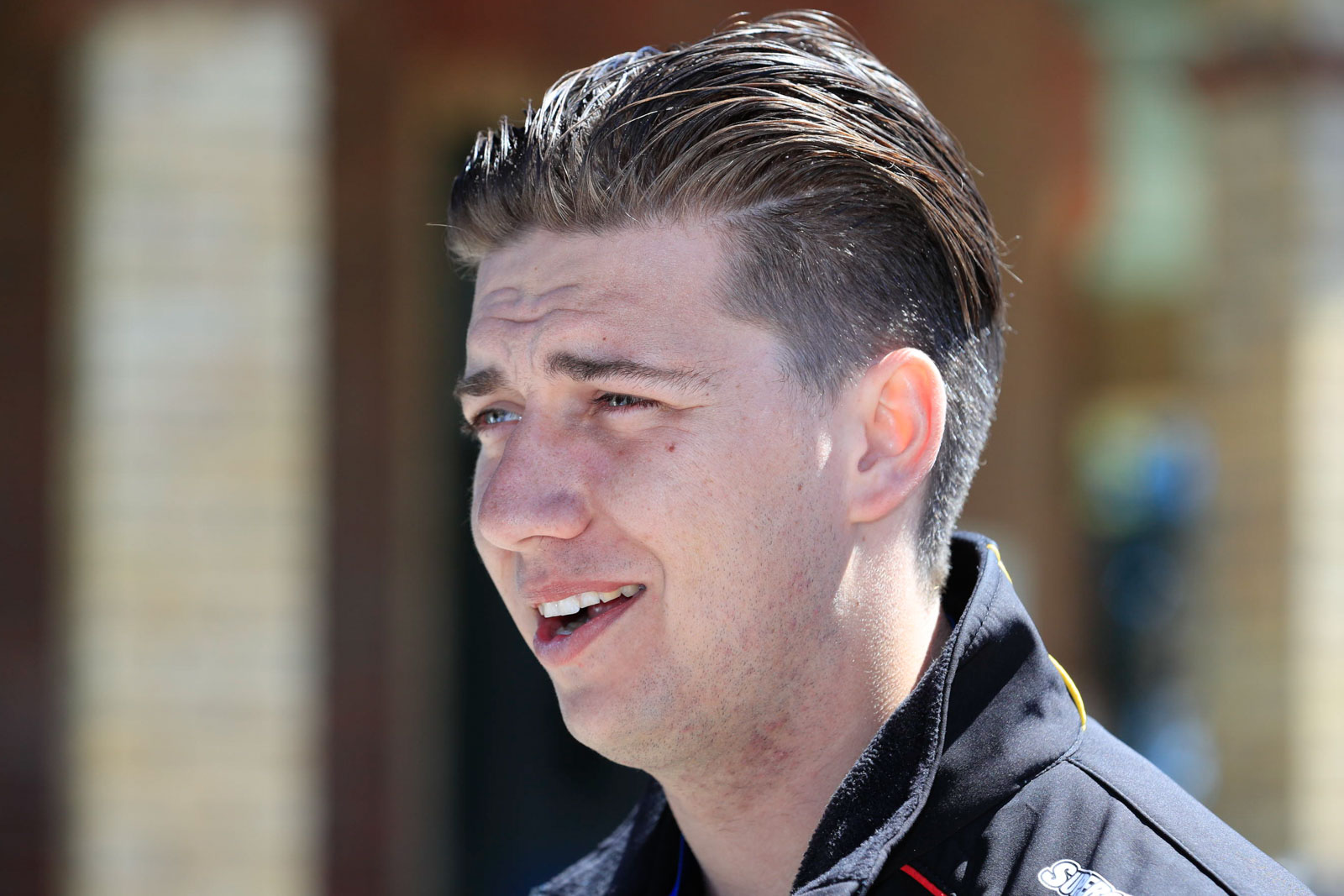 He’s won the Supercheap Auto Bathurst 1000 but now Chaz Mostert wants to qualify for it as well.

And today’s the day he has to do it.

While the Prodrive Racing Australia Ford Falcon FG X driver scored the win with Paul Morris in 2014 in perhaps the greatest Great Race of the all, he has never officially set a qualifying lap time for the event.

It’s a weird hole in his resume considering he won the ARMOR ALL Pole Position award in 2015 and leads it again in 2016.

And it’s an anomaly he definitely plans to correct in this afternoon’s qualifying session.

“My sole aim coming back this year was to qualify for this race,” Mostert told supercars.com. “I’ve never done it and after all the poles I’ve had in the last few years, this is the one I want.

“I want to get through the session, I am not daunted by it, I am actually excited by the prospect of qualifying as I really want to be in that shootout come Saturday.

“I’ve never done it and people like Frosty (team-mate Mark Winterbottom), who have grabbed pole at Bathurst before, talk about it and how special it is so I want to get in on the action.

“I proved back in 2014 you can literally win from last but I’d like to qualify and qualify well up the front and try and make things a bit easier on myself and the team.”

Mostert crashed in practice for his first Bathurst 1000 in 2013 and started second last on the grid in his Dick Johnson Racing Falcon. In 2014 he set the 14th fastest time in qualifying but was excluded for passing under red flags and sent to the back of the grid.

In 2015 he crashed spectacularly in Friday afternoon qualifying and suffered injuries that put him out for the rest of the season. Twelve months on he has yet to win another race, but is confident he is suffering no lasting effects from the massive shunt.

“I was definitely a little daunted during those first laps of practice on Thursday but given our session was cut short [because of mechanical issues] I was more focussed on getting back out on track than anything else.

“The final session was fine as we had a big program to work through so I didn’t get a chance to think too much about it.”

“Doing a 2m05s lap at the end was a big confidence booster as you’ve got to be somewhere near a good set-up to put in that sort of time around here.

“That is a good lead into qualifying but I know there will be a lot of focus on me in that session as technically I’ve still never done it here.